Charlotte Cotton is a curator and writer. Her cultural roles have included creative director of the Media Space, a partnership between the Science Museum and the National Media Museum that will open in London in 2013. Previously, she was Curator and Department Head of Photography at the Los Angeles County Museum of Art (2007-2009), the Curator of Photographs at the Victoria and Albert Museum (1992-2004), and Head of Programming at The Photographers' Gallery in London (2004-5). She was a visiting professor at Yale University (2005) and visiting critic at SVA, Bard, CCA and Cranbrook (2005-7). She is the author and editor of several books, including Imperfect Beauty (2000), Then Things Went Quiet (2003), Guy Bourdin (2003) and The Photograph as Contemporary Art (2004), and is the founder of Words Without Pictures. 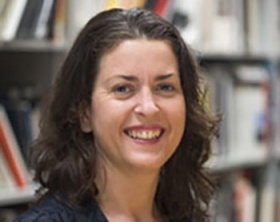