Canada
Moyra Davey is a photographer, writer, and filmmaker who lives and works in New York. In 2008, Davey was the subject of an expansive survey at the Fogg Art Museum at Harvard University, Long Life Cool White, curated by Helen Molesworth. Coinciding with this exhibition, Yale University Press published a monograph of her photographs and her writings on photography. Davey exhibited from 1994-2003 with Colin de Land's legendary gallery American Fine Arts, Co., and, from 2005-2008, she was a partner in the collaborative, artist-run gallery Orchard. Her works are in the collections of numerous institutions including the Metropolitan Museum of Art, New York; the Tate Modern, London; the Solomon R. Guggenheim Museum, New York; the Art Institute of Chicago; and the Museum of Contemporary Art, Los Angeles. In 2008-2009, Davey was a resident at the Canada Council studio at the Cité des Arts in Paris, where she produced the video My Necropolis. Books by Moyra Davey include Copperheads (Bywater Bros. Editions, 2010), Long Life Cool White (Yale University Press, 2008), and The Problem of Reading (Documents Books, 2003). She also conceived and edited a book of writings on motherhood, Mother Reader: Essential Writings on Motherhood (Seven Stories Press, 2001.) Along with her husband, Jason Simon, each year she hosts a one-minute film festival out of her home in Narrowsburg, New York. Moyra Davey is represented by Murray Guy, New York, and Goodwater Gallery, Toronto. 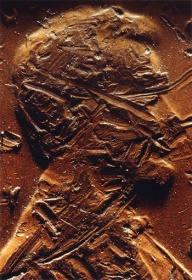