Rupert Duchesne is Group Chief Executive of Aimia. In this role, Mr. Duchesne culminates a decade of innovative stewardship of the rapid growth of the organization from its carve-out as a division of Air Canada in 2002, the initial public offering as the Aeroplan Income Fund in 2005, conversion to corporate status as Groupe Aeroplan Inc. in 2008 and the re-branding of the Corporation as Aimia in 2011. Prior to his current position, Mr. Duchesne spent twelve years in strategy and investment consulting around the world before he joined Air Canada in 1996 as Vice President, Marketing, and in 1999 was promoted to Senior Vice President, International. During that year, he served on the Executive team which defeated the Onex take-over bid, and was appointed Chief Integration Executive, overseeing the integration of Canadian Airlines and Air Canada. Mr. Duchesne holds a Masters in Business Administration from the University of Manchester and a Bachelor Honours degree in Pharmacology from the University of Leeds, both in England. He is a Director of Dorel Industries Inc., and was previously a Director of Alliance Atlantis Communications Inc. He is Chair of the boards of the NeuroScience Canada Partnership and Brain Canada Foundation. He is Vice President of the Art Gallery Ontario’s Board of Trustees, where he chairs both the Finance and Photography committees, co-chairs the Grange Park Advisory Council and is a member of the Executive, Nominating and Strategic Directions Committee. He is also a member of the boards of Greenwood College School, Business for the Arts and the Luminato Festival in Toronto. 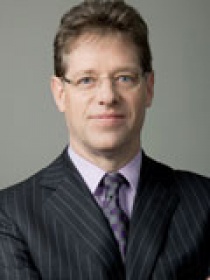