Dot Tuer is a writer and cultural historian who specializes in Canadian and Latin American art and photography, with a focus on the contemporary and modern periods. She also has a scholarly interest in colonial Latin American history. Her research addresses the relationship of social memory to political agency and the theorization of mestizaje as a site of intercultural exchange between European and indigenous cultures.

Tuer holds a Ph.D. in history from the University of Toronto and is Professor of Art History and Humanities at OCAD University, where she has served as the Acting Dean of Liberal Studies, Chair of CRCP (the undergraduate program in curatorial and critical studies housed in the Faculty of Art), and Interim Director of the Graduate Program in Curatorial and Critical Practices.

Tuer is widely published in art magazines, peer-reviewed journals, and book anthologies. A collection of her essays on art, Mining the Media Archive, was published in 2006. She has received numerous awards for her writing on art and culture, including the Ontario Art Galleries Association Curatorial Writing Award, Toronto Arts Award, National Magazine Award, and Canada Council Senior Artist and Ontario Arts Council Literature grants.

Tuer also works in the curatorial field. Most recently she was the Guest Curator for the Art Gallery of Ontario’s exhibition on Mexican artists Frida Kahlo and Diego Rivera, Frida and Diego: Passion, Politics, and Painting (October 20, 2012-January 13, 2013).

Tuer has served as a board member for the Power Plant; the Toronto Arts Council; the Cinemateque Ontario; the Funnel Film Theatre; and Prefix Photo, Public, Fuse and C magazines. She also has served as a juror for all levels of government cultural funding, as well as for international festivals and museums including the Art Gallery of Ontario’s Grange Photography Prize when the partnering country was Mexico. 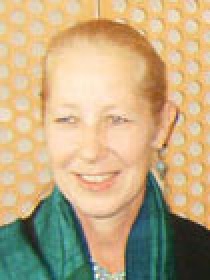