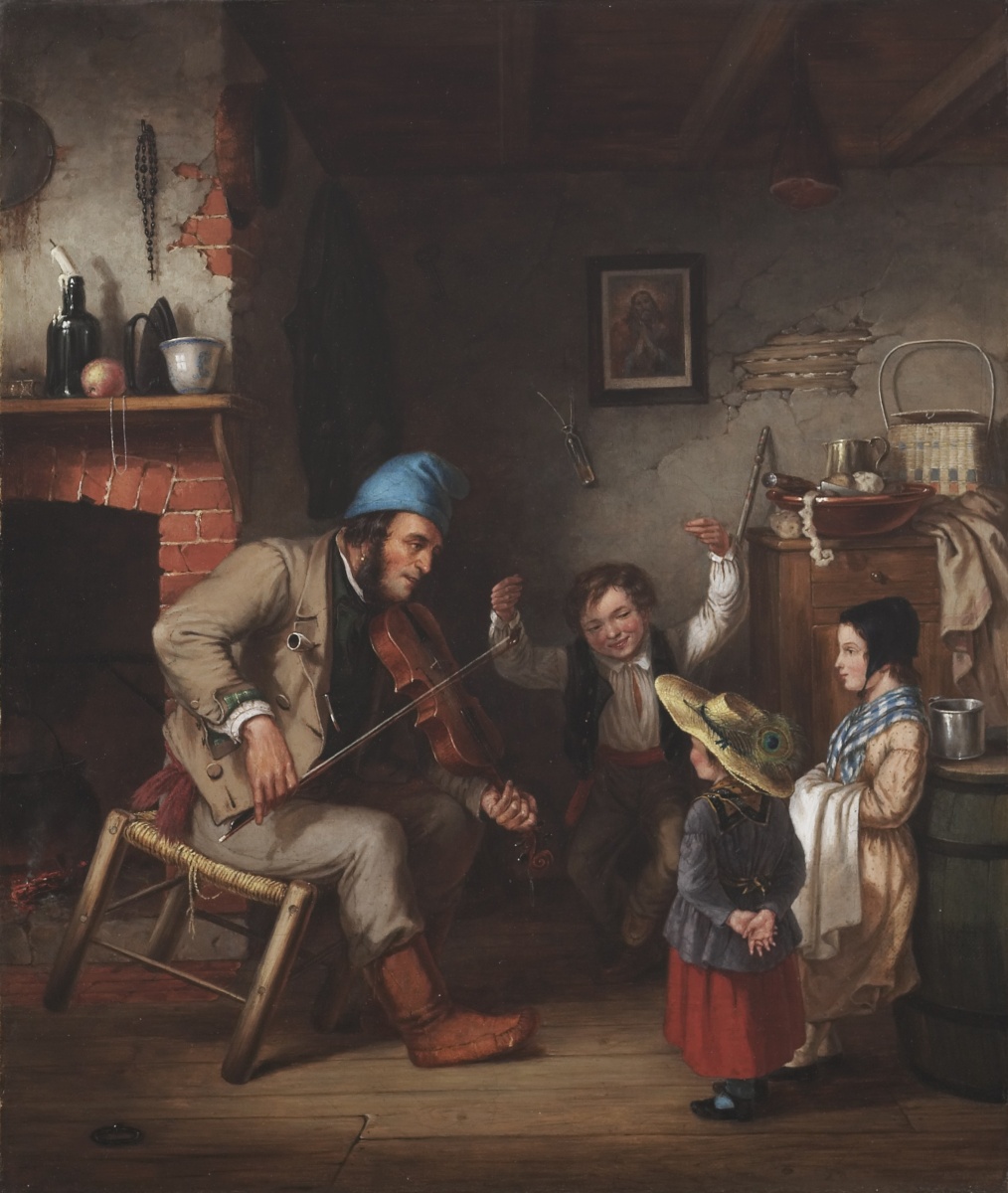 “There is hardly a Canadian home without some memento of him," read the obituary of Canadian painter Cornelius Krieghoff. Fittingly, the AGO’s Thomson Collection of Canadian Art is home to approximately 150 works by the artist. For this week’s Art Pick, we're highlighting this well-known Dutch-Canadian painter and his cheerful oil painting, Fiddler and Boy Doing Jig.

Although he was born in Amsterdam, trained in Düsseldorf and served in the U.S. military, Krieghoff is considered a notable nineteenth-century painter of Canadian history. His paintings have been used extensively in textbooks and postcards as representations of Canadian landscapes and outdoor life. His renditions of early Canada were elaborate, colourful and sometimes a little humorous.

In Fiddler and Boy Doing Jig, Krieghoff’s subjects, the habitants, are depicted in a happy-go-lucky scene. The father figure is seen playing the fiddle for children who are beaming with laughter and excitement. As an artist and musician himself, it is thought that Krieghoff and his father shared an interest in art and music, which may have inspired this work.

This and many of his other works featuring French settlers were a hit with the English-speaking elite, who were enamoured by his highly finished, narrative works. Military men were also intrigued by his work, which made for excellent souvenirs of Quebecois life. With such demand, it is said that Krieghoff produced upwards of 1,800 prints and paintings in his 42 years of artmaking.

Take a look at Meaghan Monaghan, Assistant Conservator, Paintings, inspecting Fiddler and Boy Doing Jig ahead of its outgoing loan.

See Fiddler and Boy Doing Jig on Level 2, Gallery 204 in the Thomson Collection of Canadian Art.