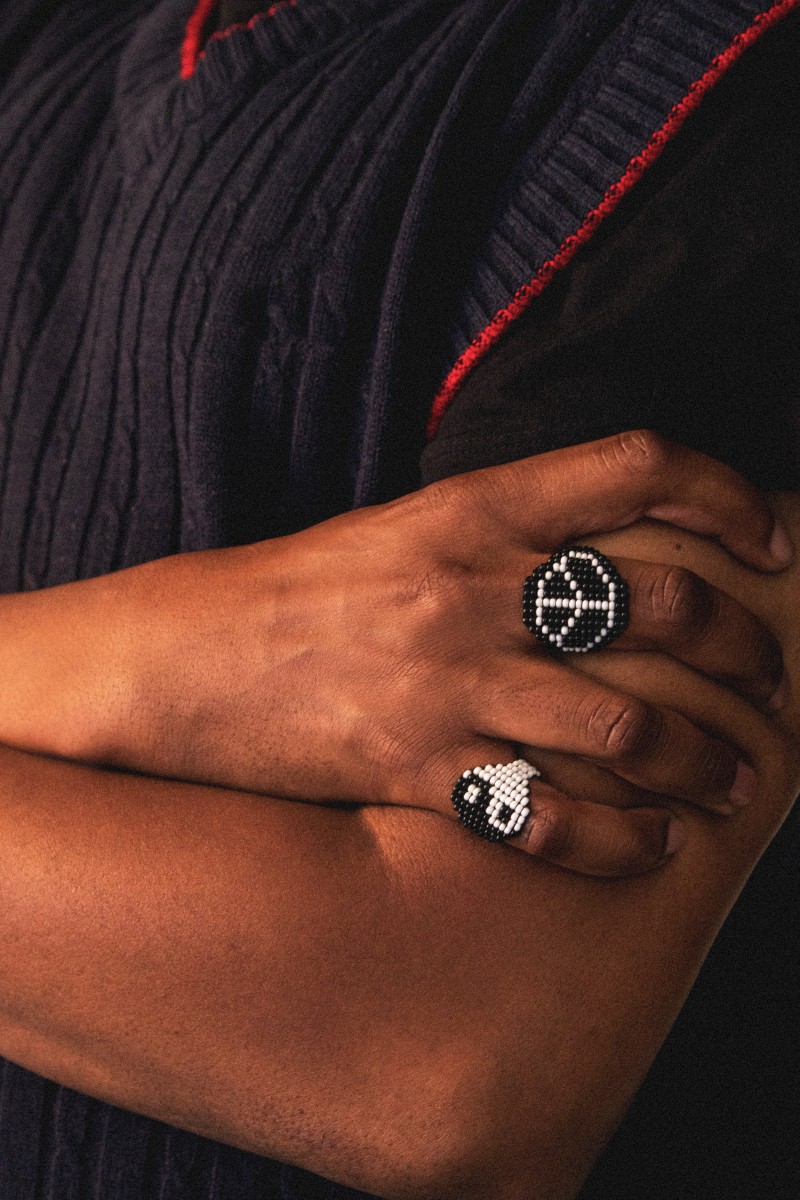 In 2012, Toronto resident and Colombian native Jess Sanchez had an impactful encounter that would change the course of her life. While in a small Colombian town, she purchased traditional beaded jewellery from two Indigenous women of Embera Chami descent. Enchanted by the incredible craftsmanship and the rich history it represents, she went on to found Santa Isla – a collaborative jewellery company, partnering with Embera Chami artisans to bring their work to a global audience.

Her Santa Isla charms, rings, anklets and bracelets are available at shopAGO in a special section commemorating Faith and Fortune: Art Across the Global Spanish Empire. We recently connected with Sanchez to find out more about the inception of Santa Isla, her personal painting practice and her first memories of the AGO. 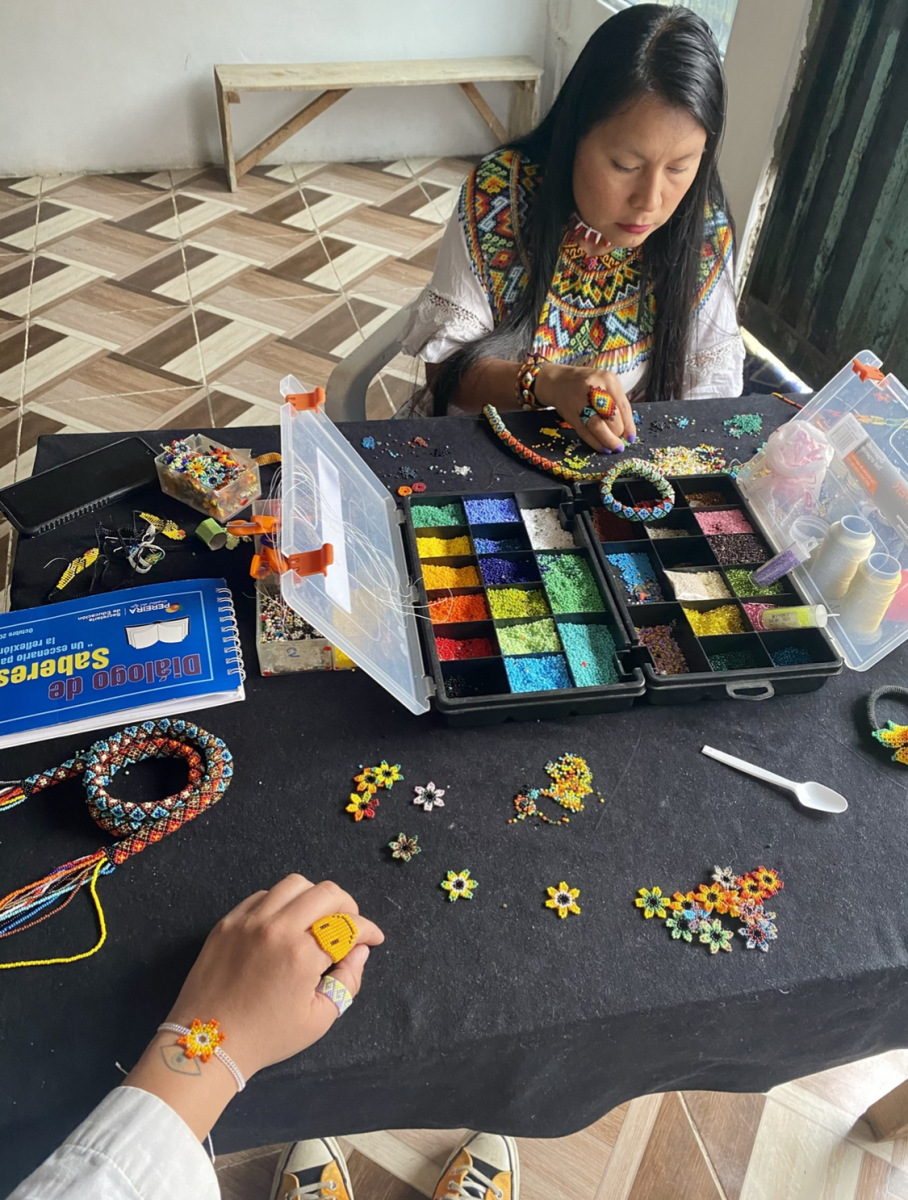 AGOinsider: Can you tell us the inception story of Santa Isla? When did you first encounter Embera Chami beadwork?

Sanchez: In 2012, in a small Colombian town, I saw two Embera Chami women carrying beaded jewellery pinned onto a Styrofoam board. I was drawn to them and bought a few pieces; they didn’t speak Spanish and I didn’t speak Embera, so the interaction was short – but impactful. I put the pieces on and immediately people began asking me where I got them. I was surprised that they hadn’t noticed the Indigenous women carrying colourful bead work, but then remembered the blinding social stigmas some people can view the world through. This type of reaction kept happening and it became very clear to me that I wanted to find a way to showcase their work not just in Colombia but everywhere I could.

It took me seven months to find artisans to work with me, but now, 10 years later, the artisans I work with are family and we’ve developed a solid system to create pieces of joy woven with magic and intention. 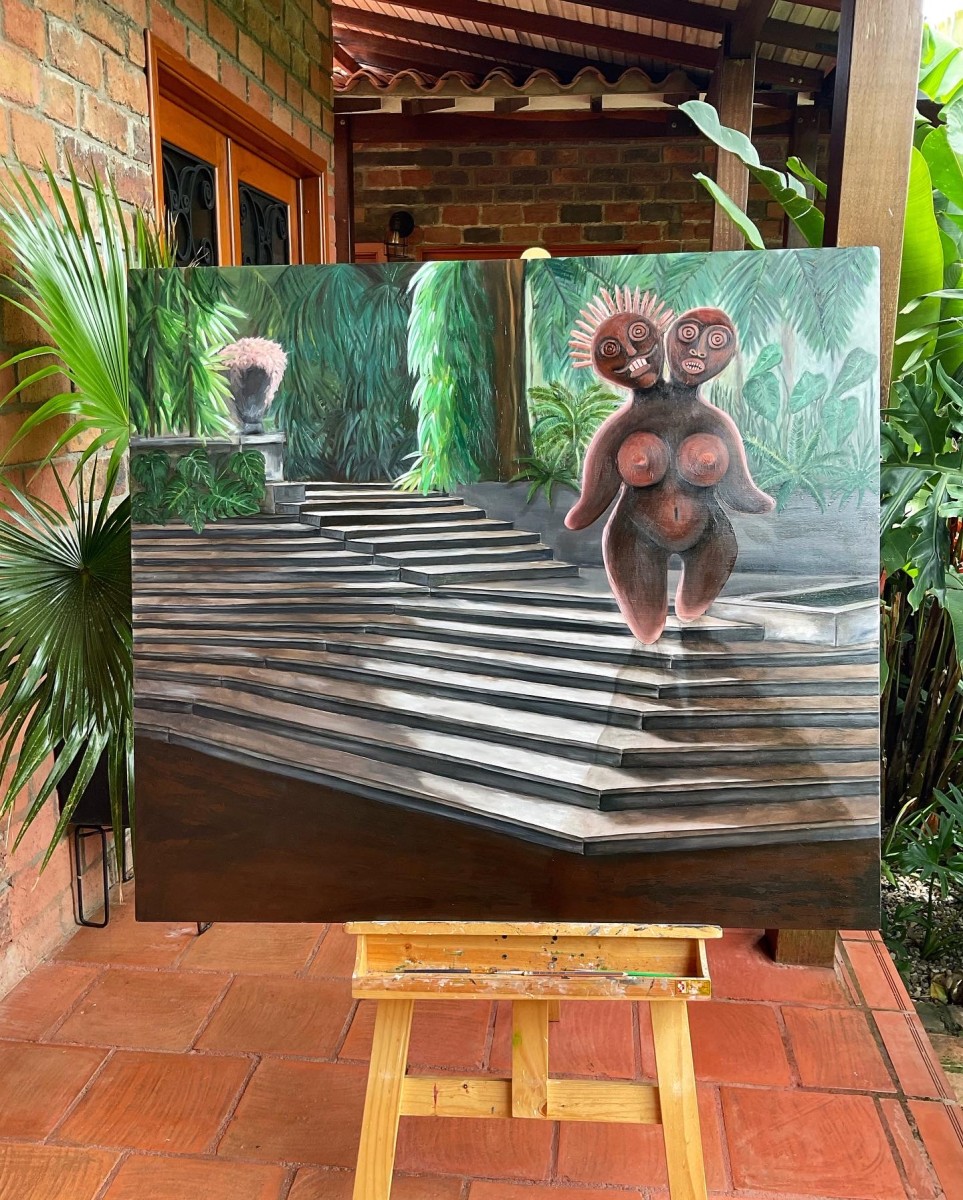 AGOinsider: In addition to your Santa Isla jewellery company, you also have a painting practice. How would you describe your style of painting? What do you normally paint?

Sanchez: My painting practice is as exploratory and instinctual as Santa Isla. During the pandemic, I had nothing to do, but had paints and canvases laying around, so I began to paint. I felt stuck at home so I wanted to create a space I could escape to. Two years later, I’m still exploring and would describe the style of what I paint as ‘tropical-surrealist-spaces’ with pre-Colombian figures that I identify with. 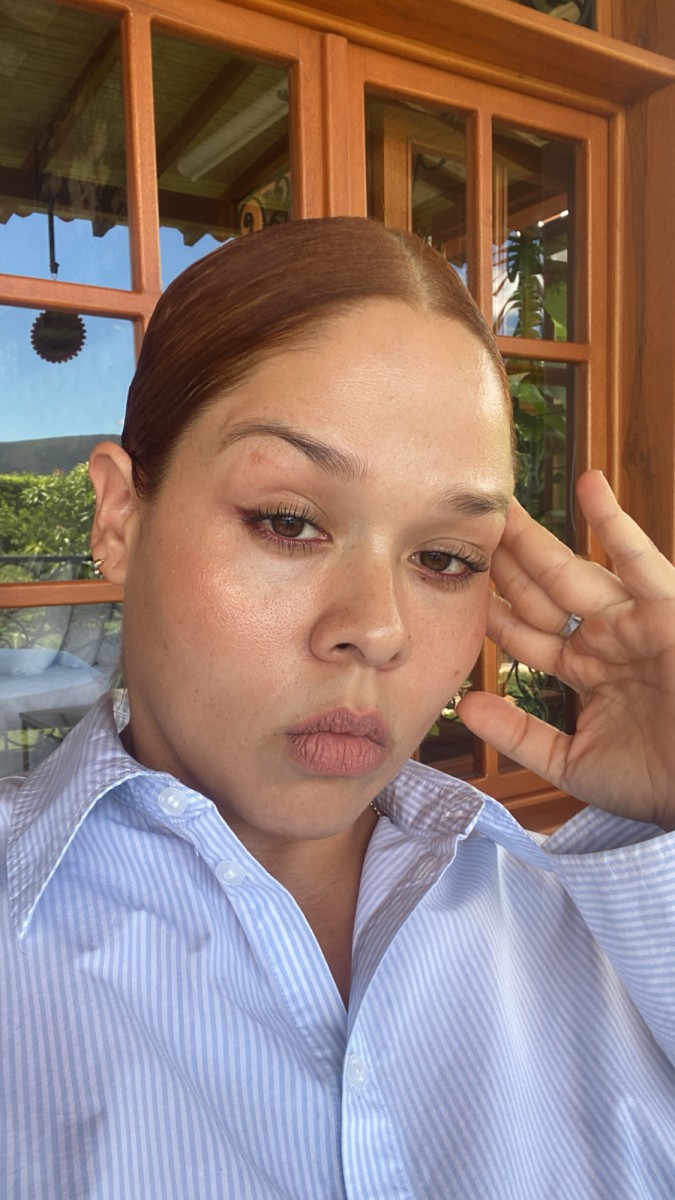 AGOinsider: What has your relationship with the AGO been like over the years? Are there any favourite works or past exhibitions you enjoyed?

Sanchez: I was in grade five when my mom pulled me and my brother out of school at lunch and surprised us with a trip to the AGO. It was so unlike her to break a rule, so the entire experience felt very daring and audacious. I still feel that way when I visit the AGO — it inspires and emboldens me. I’m so honoured to have Santa Isla be  part of such an important and legendary institution. It’s surreal.

I absolutely love all of the Henry Moore sculptures, The Yellow Scarf by Kenneth Keith Forbes, View into a Hall with a Jester, a Boy and his Dog by Gabriel Metsu and the Pablo Picasso exhibitions throughout the years.

Santa Isla rings and charms are on sale now at shopAGO. And don’t miss Faith and Fortune: Art Across the Global Spanish Empire, on view until October 10.