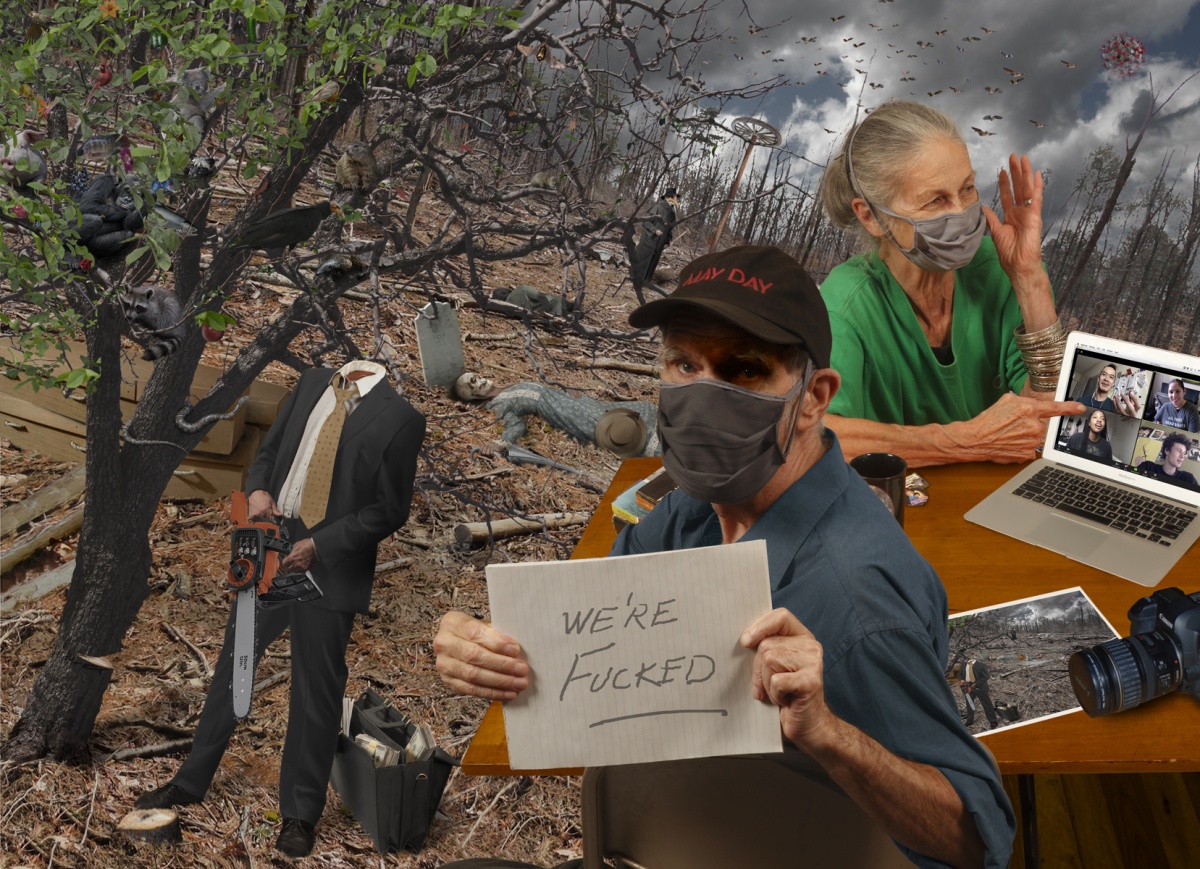 Artists Carole Condé and Karl Beveridge first began working as independent conceptual artists in 1969.  Following a stint in New York City in the early 1970s,  they returned to Toronto and have since exhibited work nationally and internationally.

The duo’s practice involves producing staged photographic works that respond to contemporary cultural, social, and political issues. Mixing actors and captions, their staged tableaux require the construction of props and often use non-naturalistic sets and re-constructed locations as a backdrop. All of which have been produced in collaboration with various trade unions and community groups over the past 45 years.

Social issues explored within their artworks include the working conditions of migrant farm labourers, women in the workplace, the histories of industrial and public service workers, environmental issues and nuclear power. As artists they use dialogical aesthetics to break down the conventional distinctions between the artist, artwork, and audience.

AGO: What was the inspiration for this artwork or series?

Condé and Beveridge: Virulence (2020) is a response to the COVID-19 pandemic. In part, the challenge was “how do we make a piece in social isolation.” What struck us were the similar origins of the pandemic and the climate crisis: both the product of the abuse of nature. The setting is a clear-cut forest with a decimated Tree of Life being cut down by a headless corporate suit. In the background are references to the history of pandemics: the Spanish Flu, the erasure of Indigenous people by disease, and the Bubonic Plague. Four contemporary artists/activists are portrayed in conversation on the laptop screen: the new pandemic Zoom culture.

In the early 1980’s we did an extensive series on the history of the union at General Motors in Oshawa. At the end of 2019, what was once the largest auto plant in the world was shut down. Our response was Burial at Oshawa, based on Gustave Courbet’s 1849-50 painting Burial at Ornans, and depicts the confrontation between management and the union with part of the plant in the background. The union members play themselves in the image.

Liberty Lost (G20, Toronto) is our response to and participation in the events surrounding the G20 Summit in Toronto in 2010, and, in particular, the massive and repressive police presence. It is loosely based on Eugene Delacroix's painting Liberty Guiding the People painted during the insurrection of 1830 in Paris.

While Delacroix's painting represents the struggle for liberal or parliamentary democracy in 18th and 19th century France, Liberty Lost represents the limits of that form of democracy; a form that protects private ownership and wealth. 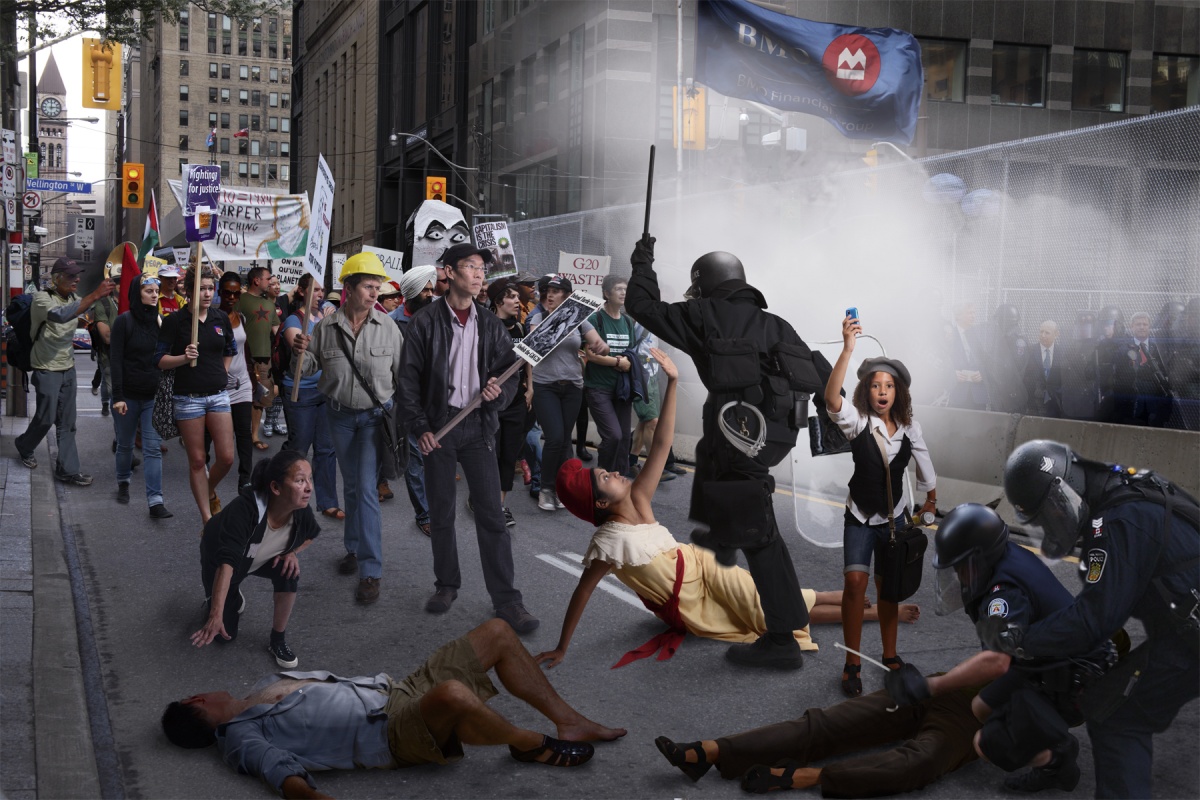 AGO: Tell us about a place or a space where you most love making your work?

Condé and Beveridge: A major part of our working process involves discussions, research and conceptualizing the final work. This takes place around our dining room table. We have lived in our current house for the past 44 years.

Aside from photographing and re-constructing locations for these recent works, the actors are photographed in our studio and then cut into the final images. Much of our earlier work was photographed entirely in the studio, with built sets and actors. It is on the upper floor of the house we live in.

AGO: Are you in dialogue with any other artists or creative peers about your practice? If so, how does this dialogue feed your work?

Condé and Beveridge: We are in dialogue, not only with other artists and creative peers, but with members of various unions, community groups, and political activists. We are founding members of Mayworks and the Workers Arts and Heritage Centre (Hamilton) which brings these constituencies together as well as being active at A Space Gallery and with CARFAC. These artists and activists form an informal network that informs and motivates our work as well as the constituencies that we collaborate with around a specific project. Many projects, for example, Burial at Oshawa, are based on dialogue with the community participants. Others, like Virulence and Liberty Lost, are based on our own participation and conversations with other artists and activists.

Want to learn more? See Condé and Beveridge in conversation with the AGO's Curator of Indigenous Art Wanda Nanibush as part of the AGO Art in the Spotlight series, as they discuss labour and social action.