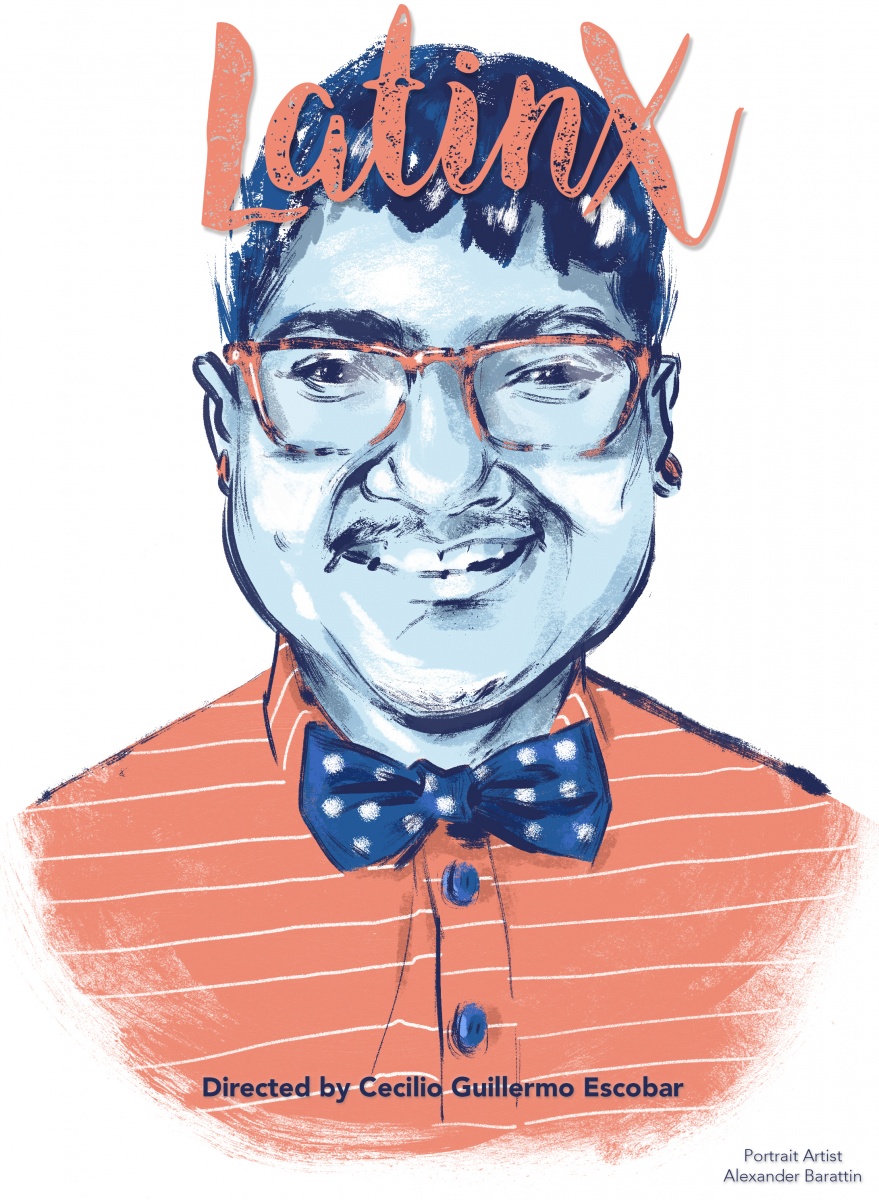 Cecilio Escobar is a video artist, editor, and technician living and working in Toronto. His art is self-reflective performative documentary. Escobar holds a BFA from OCAD University and is the recipient of a Canada Council Media Arts Grant for his latest documentary project, LatinX; an exploration of the intersections between his gender and cultural identities. He currently is also the Communications Director for Toronto’s Queer Film Festival.

AGO: Tell us a bit about this artwork or series
Escobar: This documentary deals with gender and reconnection with my Latin cultural background. It documents the beginning of my transition and will offer an in-depth view into the physical, medical and psychological changes I undergo with hormone replacement therapy. Intercut with an interview with my mother about her experiences getting to Canada from El Salvador as a refugee. As well as, look at how she accepts her Trans son. This documentary is first and foremost an experiment on self-reflection. I hope that this documentary can be a resource for Latinx people to define themselves in their own gender/cultural exploration.

AGO: What was the inspiration for this artwork or series?
Escobar: So LatinX is a continuation or the work I did in my undergrad. During my time at OcadU I started recording myself out of a feeling of isolation that came from hiding from my true self by substance abuse. That film is called Checking out (but never leaving). So, LatinX is like a sequel to that, I was inspired by continuing my story, I left the last one on a pretty dark note, I wanted to show how I've grown. This type of filmmaking is heavily inspired by the film Tarnation by Jonathan Caouette. I was blown away when I first saw that, I finally saw a story told in a new way that felt accessible to me.

AGO: Tell us about a place or a space where you most love making your work?
Escobar: My favorite place to create is well my desk. I'm a video editor and I have a nice setup now here in my bedroom. Though I do miss the editing lab that Ocad has, it was nice to classmate's close by to give me feedback on pieces right away. I do try to keep that energy of collaboration by sending videos now to my old classmates and friends or have them come over and sit in on the editing.

AGO: Are you in dialogue with any other artists or creative peers about your practice?
Escobar: Feedback is key, I don't think I could work in film without feedback. You have to make sure the piece is working for others the way you want it too. I usually work solo for the most bit, but bring ppl in when I have rough drafts and ask what they thought, what felt long, what they think is missing. I am lucky to have a lot of creative people be my close friends so I always have people to bounce my videos off too.