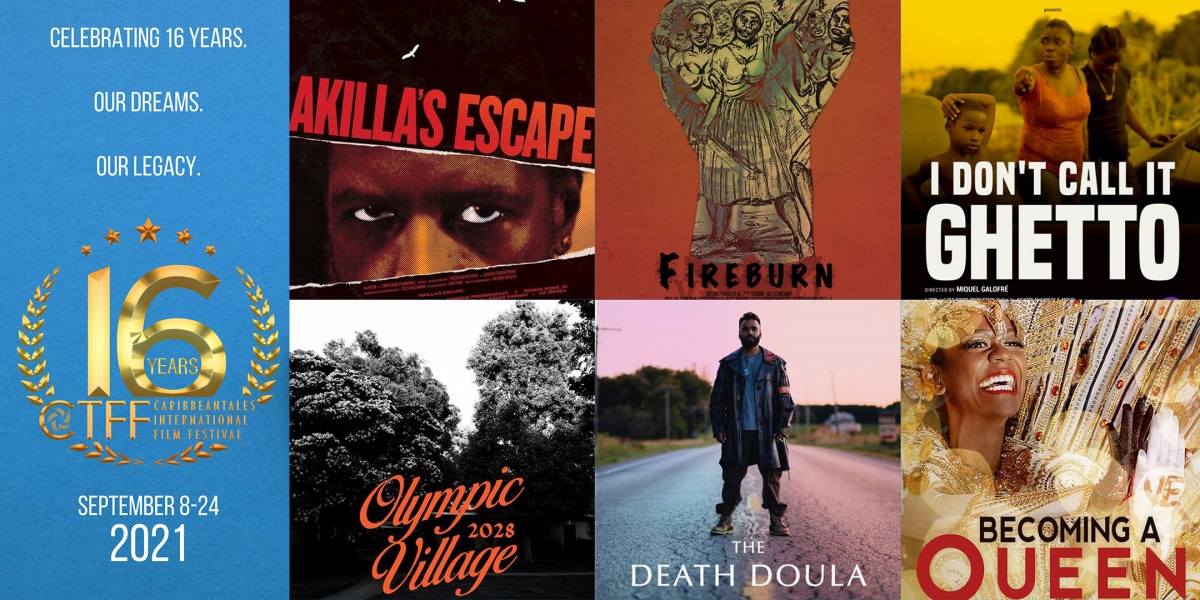 For the past 16 years, CaribbeanTales International Film Festival (CTFF) has remained one of the few international festivals dedicated to showcasing the best in Caribbean film and one of the few in Canada focused on elevating Black Canadian filmmakers. This year, CTFF has moved completely online with over 50 films from 17 countries available to watch on-demand from September 8 to 24. From Barbados to Curaçao, Puerto Rico to Jamaica, viewers are invited to immerse themselves in nuanced cinematic portraits made by emerging and established filmmakers. Diasporic communities are well-represented too, with select films created in and about Canada’s deep Caribbean roots, along with those in the UK and US. We asked the CTFF team to share five films  shaping the landscape of Caribbean film, as we look ahead to this year’s virtual festival. All films will be available to watch on-demand here.

Made in Canada, this documentary tells the story of Joella Crichton and her years-long reign asQueen of Toronto Caribbean Carnival. She aims to win the title for the tenth time and solidify her legacy in the Caribbean-Canadian community. Becoming a Queen opens CTFF 2021 with its Canadian premiere September 8.

How do you go from saving lives to guiding them to their end? The Death Doula explores the near-future where the date of one's death is predicted by an app. Che, a paramedic-turned-death doula, is tasked with helping his first love reach her final hour. This film is brought to life by award-winning playwright and CBC columnist Amanda Parris and award-winning director and editor Lucius Dechausay.

Right Now I Want to Scream: Police and Army Killings in Rio - the Brazil Haiti Connection (2020)

This documentary film sheds light on the ongoing military intervention and police brutality in Rio de Janeiro’s favelas. Mothers, whose children have been targeted and killed by the military and police, share their harrowing first-hand accounts of life in these impoverished communities. Right Now I Want to Scream builds on themes explored in another documentary, also directed by McLaughlin and Wills: It Stays with You: Use of Force by UN Peacekeepers in Haiti. Both films serve as critiques of the Jair Bolsonaro government and of UN peacekeeping troops in Haiti under Brazilian military command.

Rhaj Paul is well-known in Barbados for his distinctly Bajan fashion sense and designs. Guided by the tailor and designer, this docu-series gives viewers an intimate glimpse into the fashion industry on the island nation. What do success, creativity and craftsmanship look like?

Set in the Dutch Caribbean island of Curaçao, Buladó tells the story of an 11-year-old girl named Kenza as she mourns the loss of her mother and navigates her adolescence. She must forge her own path between her father Ouira and spiritual grandfather Weljo. Filmmaker Eché Janga weaves together magic and realism in this coming-of-age tale. Buladó closes CTFF 2021 September 24.

For the full CaribbeanTales International Film Festival schedule, including festival passes and programming information, click here. All the films featured above can be watched across platforms here. In case you missed it, we spoke with Charles Officer about his newly released crime-noir film, Akilla’s Escape.