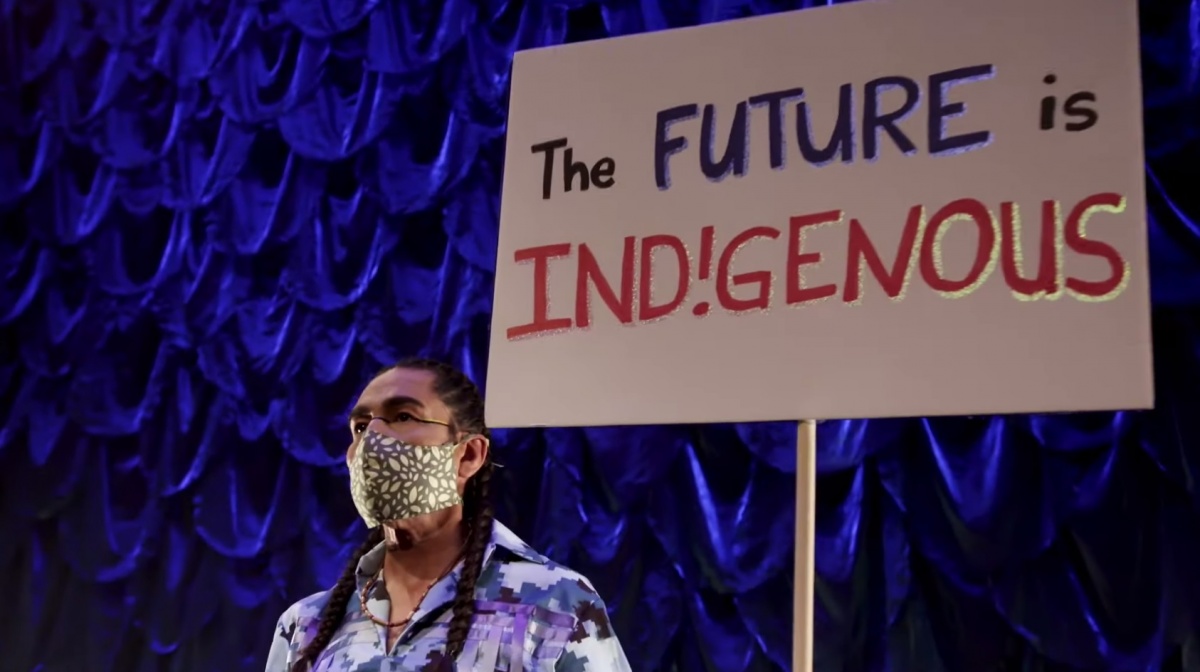 June brings a recognition of the history and heritage of First Nations, Inuit and Métis peoples in what is known as Canada. That said, it’s crucial to recognize the advancements and accomplishments of Indigenous peoples—not just this month but all year round. From visual art, curatorial practice, fashion, film, storytelling and more, Indigenous creativity encompasses a wide breadth.

By no means a comprehensive or definitive list, the organizations included here are just a few of many mandated to foster contemporary Indigenous creative output in Canadian and global communities. All are proudly led and operated by Indigenous peoples.

Founded by Anishinaabe poet, writer and educator Kateri Akiwenzie-Damm, Kegedonce Press has published books created by a range of Indigenous creatives since 1993. One of only a handful of dedicated Indigenous publishers in Canada, Kegedonce Press is based in Owen Sound and Neyaashiinigmiing, Ontario, on the traditional territory of the Chippewas of Nawash First Nation. Some of the most widely known and awarded contemporary Indigenous writers have published with Kegedonce Press, including Joanne Arnott, Cherie Dimaline and Marilyn Dumont, among several others. In fall 2020, Louise Bernice Halfe—Sky Dancer, Canada’s Parliamentary Poet Laureate—asked Kegedonce Press to put two of her classic and critically acclaimed poetry collections back into print:Sky Dancer’s Blue Marrow from 2020 and The Crooked Good from 2021. 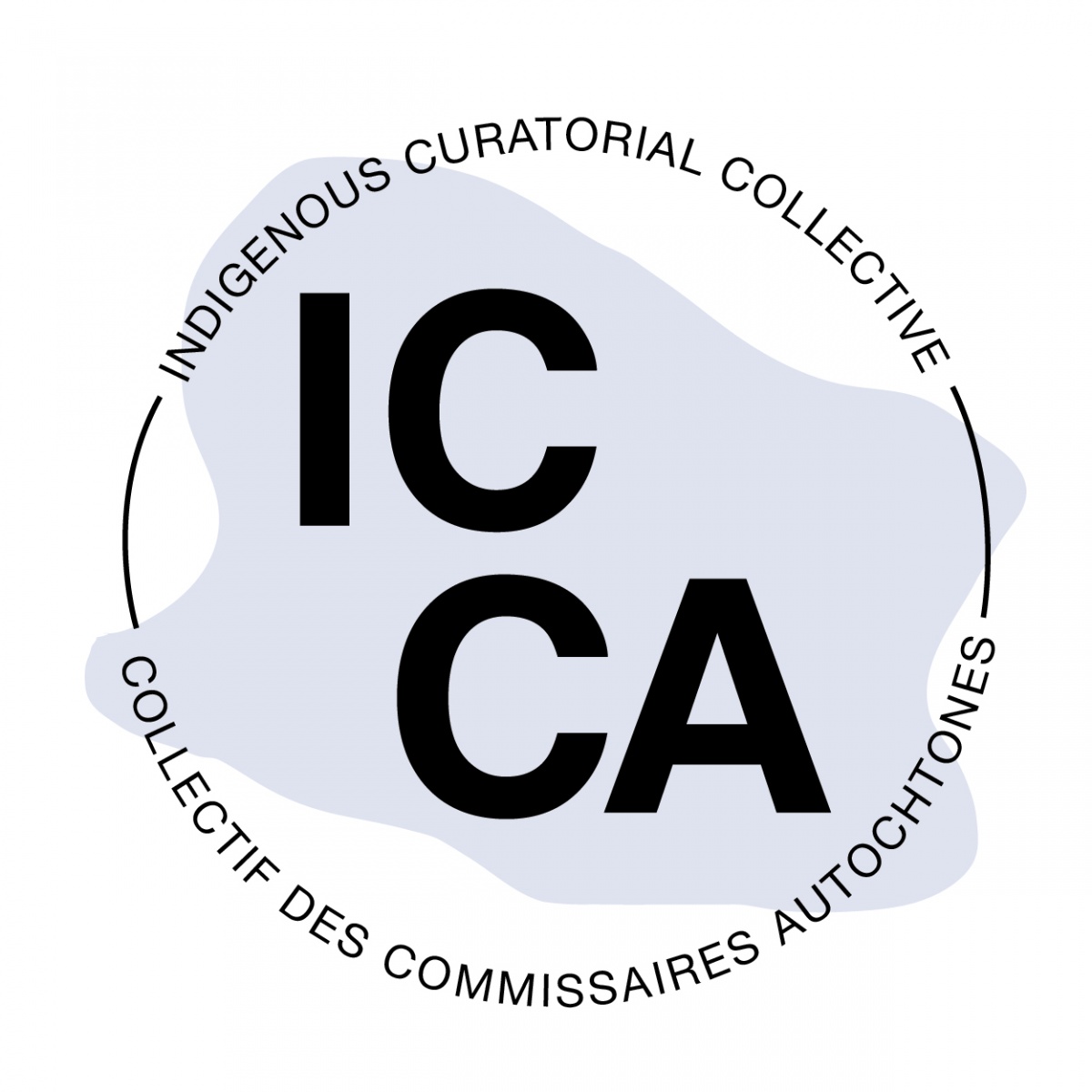 Image courtesy of The ICCA.

Founded in 2005, The Indigenous Curatorial Collective/Collectif des commissaires autochtones (ICCA) is an Indigenous-run and led non-profit organization that aims to support and connect fellow Indigenous curators, artists, writers, academics, and professionals through various methods of gathering. Led by Executive Director Camille Georgeson-Usher, the ICCA engages in critical discourses, increases professional opportunities for its members, develops programming, and most importantly works to build reciprocal relationships with Indigenous curators, artists, communities and external institutions. The ICCA is invested in initiatives that influence a more equitable, accessible and inclusive arts sector for Black, Indigenous and People of Colour working in the arts.

Until the end of June, the ICCA is accepting submissions for artwork and moderators to be featured in their Annual Gathering Solidarity Across Space/Solidarité à travers l’espace, scheduled for November. A series of events including panel discussions and workshops will be presented around the theme of solidarity, which is rooted in the theme of care explored in 2020. This gathering will give space to Black, Afro-Indigenous and Indigenous curators, artists, art workers and educators who reflect and centre their work on knowledge and actions of solidarity.

Held every two years, IFWTO is a four-day arts-and-culture festival that presents Indigenous-made fashion, crafts and textiles. With Sage Paul (urban Denesuliné, member of English River First Nation and an awarded designer in her own right) as the festival’s founding Executive and Artistic Director, and co-founded with a team of women, IFWTO amplifies the multiplicity within global Indigenous cultural expression. Future-thinking while still rooted in traditional craftsmanship, IFWTO connects audiences with contemporary Indigenous artists and designers through the lens of fashion.

November 2020 saw a completely virtual edition of the festival with fashion film programs, a marketplace of 40 artists that nearly sold out in the first day, and a panel series based on Indigenous education and entrepreneurship. Among the over 50 artists and designers included were Evan Ducharme, Caroline Monnet, Mobilize Waskawewin, Curtis Oland, Lesley Hampton and Celeste Pedri-Spade.  Also in 2020, IFTWO created a capsule collection with the Canadian retailer Simons. A milestone for the festival and for progressive representations of Indigenous fashion and craft, the collection features the work of eight Indigenous designers and artists. The next IFWTO is highly anticipated for early June 2022.

Still from the 2001 film Atanarjuat: The Fast Runner. Image courtesy of imagineNATIVE.

For the past 20 years and counting, imagineNATIVE has been the world's largest presenter of Indigenous screen content. The organization is recognized locally, nationally and internationally for excellence and innovation in programming and as the global centre for Indigenous media arts. imagineNATIVE is a registered charity committed to creating a greater understanding of Indigenous peoples and cultures through the presentation of contemporary Indigenous-made media art including film, video, audio and digital media. Although the imagineNATIVE Film + Media Arts Festival happens yearly, the organization remains active with an assorted offering of year-round programming and initiatives. The reach extends well beyond Toronto and into remote communities across Canada with the imagineNATIVE tour which presents Indigenous-made film screenings and programs.

Throughout June, imagineNATIVE has hosted their Feature Friday film series, masterclasses, artist profiles and a very special message from Grandmother Pauline Shirt. To close out the month, audiences can still catch a screening of the 1998 Chris Eyre film, Smoke Signals, this Friday, June 25, as well as a panel discussion about Afrofuturism and Indigenous Futurisms. The next imagineNATIVE Film + Media Arts Festival is set for October 2021.

This Is How We Got Here by Keith Barker (2020), pc Christie Wong, photo features Michaela Washburn and Kristopher Bowman. Image courtesy of NEPA.

Native Earth Performing Arts (NEPA) is Canada’s oldest professional Indigenous theatre company, currently in its 38th year. NEPA is dedicated to creating, developing and producing professional artistic expressions of the Indigenous experience in Canada. Their annual festival, Weesageechak Begins to Dance, supports emerging, mid-career and established Indigenous performance artists as they develop new work with a series of public presentations and workshops. The 33rd edition of Weesageechak Begins to Dance was hosted virtually in late 2020.

This Thursday, June 24, for the fifth year in partnership with Buddies in Bad Times Theatre, NEPA is set to present 2-Spirit Cabaret, a celebration of the strength, beauty, and talent of Queer and Two-Spirit Indigenous people. After a series of workshops with guest artists and mentors, nine artists will take the digital stage as the cabaret makes its Buddies Queer Pride Festival debut. This free online event is hosted by Mx Wolverine, with performances by Nina Boujee, Ronald R. Braman, Sophie Dow, Rebecca Hope, Seán Carson Kinsella, Roger Kuhn, Denise B. Mcleod, Raylah, Aqua Nibii Waawaaskone, and Weird Alice, plus a set by Deejay Jams. Reserve your spot here.

Searching for more Indigenous-led arts organizations? 7th Generation Image Makers offers programming and mentorship for Indigenous youth as they develop their artistic practice. Association for Native Development in the Performing and Visual Arts (ANDPVA) provides financial support for those impacted by the pandemic. NWIA (Native Women in the Arts) is hosting a virtual concert series beginning June 25.