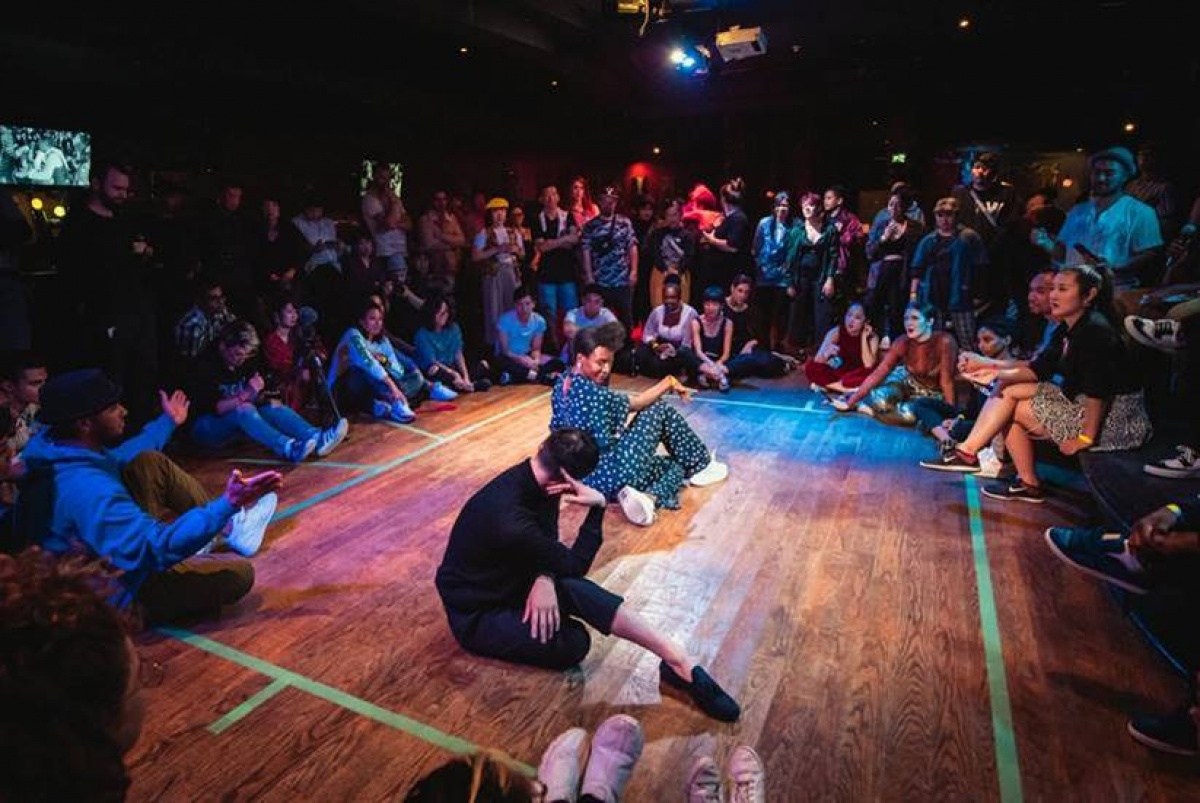 Like swing dancing in the 1930s and the Twist in the '60s, the Hustle is synonymous with the '70s. The popular disco dance was propelled by the success of Van McCoy’s 1975 hit song and the sparkling allure of nightclubs like Studio 54. But where did it come from?

Eager to learn more, we asked Matthew Yokobosky, Senior Curator of Fashion and Material Culture at Brooklyn Museum and curator of Studio 54: Night Magic, for the low down, so we can get down.

Mixing together elements of mambo, salsa and swing dance, what we know today as the Hustle was really an evolving form throughout the 1970s. It first originated in the early '70s in the South Bronx as a ‘frequeria’, or a dirty dance, popular among Puerto Rican teenagers. Called the 500, this dynamic and flashy partner dance was then reimagined between 1973-74 into The Rope Hustle and The Push and Pull Hustle. By the mid-'70s, it evolved further into what was known popularly as the Latin Hustle or Spanish Hustle. At the same time, it shed the partner aspect in favour of a four-step line dance that repeats, following a 90-degree turn.

In 1975, Van McCoy’s hit single, The Hustle, rose to No. 1 on the Billboard Hot 100 chart and became the song of the summer, further cementing the international popularity of disco dancing. Believe it or not, McCoy wrote the song before ever doing or seeing the dance.

According to Yokobosky, “Washington, D.C.-based musician Van McCoy was in New York City to record a new album. One day, his music partner Charles Kippa came to a recording session and described watching a new dance at a club the night before. From this description, and without actually seeing the dance performed, McCoy wrote The Hustle.” McCoy would go on to win a Grammy Award for Best Pop Instrumental Performance; his song would forever be synonymous with the dance genre.

When the iconic nightclub Studio 54 opened in 1977, the Hustle was firmly established, driving people onto the dance floor with its familiar routine.

But disco lives! And while we eagerly wait to welcome visitors to Studio 54: Night Magic, dance instructors from Toronto’s Funky Facilitators have been leading free lessons every Wednesday at 3 pm on @agoyouth’s Instagram page. Two forms of disco dancing are covered: the Hustle and Whacking.

Whacking, also known as Waacking or Punking, originated in the LGBTQ Los Angeles club scene and was popularized by Soul Train. Dancers express themselves by embodying a character while throwing sharp hand and arm movements, striking poses and using soulful footwork to move around the floor. The dance has a strong emphasis on musicality and interpretation of rhythm.

The Spirit of Studio 54: Night Magic

Presented in collaboration with Spotify, founding partner of the Studio 54 exhibition at the Brooklyn Museum