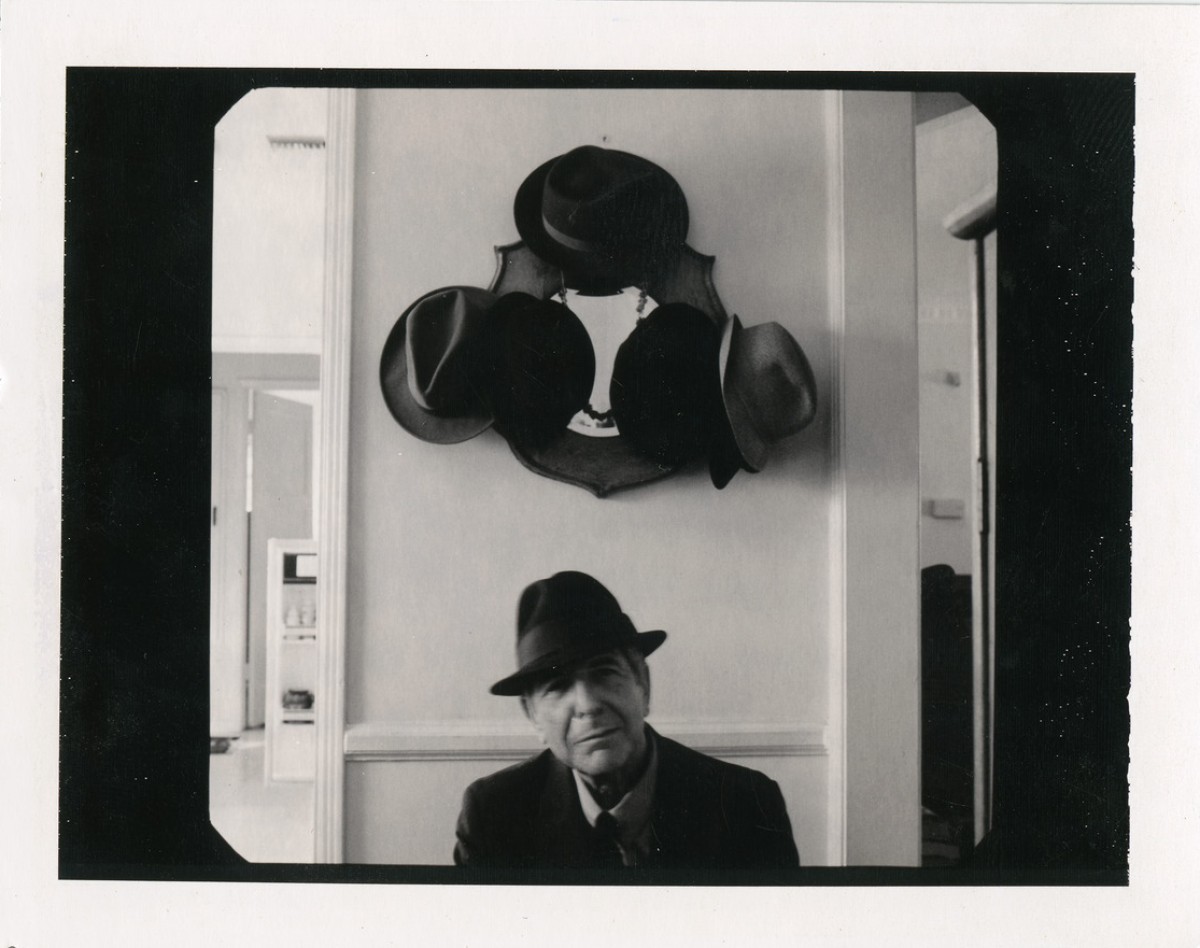 Today marks legendary Canadian artist Leonard Cohen’s birthday. Though he would have been 88, his groundbreaking body of work will live on forever. A poet and novelist, a singer, songwriter, painter and photographer, Cohen was an artistic force. This December, the Art Gallery of Ontario (AGO) invites visitors of all ages to see Cohen as the multidimensional artist he was, on and off the stage – through photographs, artworks, notebooks, video, his poetry and prose. Curated by Julian Cox, the AGO’s Deputy Director and Chief Curator, and organized with the exceptional support of the Leonard Cohen Family Trust and Musée d'art contemporain de Montréal, Everybody Knows opens at the AGO on December 7, 2022.

Leonard Cohen was a seeker, who throughout his life probed the depths of the human heart - but it was his songs of beauty and melancholy that catapulted him to international stardom and came to define him as an artist. Born in Montreal, he remains the only Canadian to have received both a Governor General’s Award for Poetry and an induction into the Rock n’ Roll Hall of Fame.

The first museum exhibition to present materials from the Leonard Cohen Family Trust, Everybody Knows demonstrates — through rarely seen and deeply revealing photographs, drawings, journals, letters and self-portraits, artworks and objects — not only the breadth of his achievements, but his many influences and cultural impact.

“What Cohen’s fame as a singer and songwriter tends to obscure, is just how multifaceted he was as an artist. It’s when you see his sketches, his photographs, his watercolours, his lyrics for Hallelujah, that a fulsome portrait of the artist is revealed – a creator at once playful, wry and deeply spiritual. This exhibition is a celebration of Cohen’s innate artistic force, and we are excited for visitors to discover – or re-discover the artist they think they know,” says Cox.

The exhibition will be accompanied by an illustrated hardcover 168-page catalogue, co-published by the AGO and DelMonico Books • D.A.P., featuring contributions by Julian Cox, Jim Shedden, Joan Angel, Robert Kory, Alan Light and Michael Petit. Leonard Cohen: Everybody Knows will be available in shopAGO this winter.

Organized chronologically and presented in the Sam & Ayala Zacks Pavilion at the AGO, Everybody Knows is an exhibition suffused with Leonard Cohen’s voice.  Featuring more than 200 artworks and objects, many rarely seen, the exhibition is equal parts shadow and light, with striking blue wall accents, reflecting his deep connections to Quebec, Israel and Greece.  The exhibition features extensive loans from the Leonard Cohen Family Trust, complemented by loans from University of Toronto’s Thomas Fisher Rare Book Library, Stephen Bulger Gallery and the Musée d'art contemporain de Montréal.

Through home movies, early poems and photographs, the exhibition introduces us to the artist as a young man and to his family, his neighbours and his synagogue. A graduate of McGill University, he rejected business to pursue poetry, leaving Montreal in 1960 for the island of Hydra, in Greece.  He wrote Let Us Compare Mythologies, his first collection of poetry there, and photographs of him, letters, and the key to the house which he purchased in 1961, illustrate this Bohemian lifestyle.

Disappointed in his literary career and encouraged by singer-songwriter Judy Collins, Cohen abandoned Greece for America in the mid-1960s and releases his first solo album in 1967. A selection of polaroid photos, taken by Cohen, highlights this transition. In his notebooks from this era, visitors can read his ongoing fascination with guns, with Scientology, with the Chinese I-Ching. From Stephen Bulger Gallery are three portraits of Cohen by the Toronto photographer Arnaud Maggs, taken during Cohen’s time in Nashville.

Previously unreleased footage from Cohen’s 1972 European tour, compiled and edited by the Leonard Cohen Family Trust, reflects Cohen’s ascendancy in popular music. Photos and correspondence from the early 1970s, highlight an artist adjusting to fatherhood. A photo capturing his 1973 visit to the Wailing Wall in Jerusalem, is nestled alongside correspondence between him and his sister, referencing the Yom Kippur war.

A selection of photographs and drawings by Cohen from the 1980s are accompanied by drafts of some of his iconic songs from the period, including Everybody Knows and Hallelujah.   Watercolours, often accompanied by witty texts, were an ongoing activity, and two slide shows presents details from key notebooks that he worked on during this decade.

A bonafide superstar by the 1990s, Cohen’s ever widening artistic circle is reflected through correspondence, collaboration and photographs of him with Philip Glass and KD Lang, Iggy Pop, Bono, Elton John and others. Personal effects – his iconic trilby hat, dress shoes, and keyboard - suggest an artist very much still with us. His retreat to a Buddhist monastery in the late 90’s is captured in journal entries, photographs, and drawings.

Intensely prolific throughout the late 1990s and 2000s, the exhibition documents the artist’s last decade with a wall sized installation of 25 LPs, a slideshow of digital self-portraits created by Cohen and video footage from his final concert in Tel Aviv, where he delivered a closing  blessing in both English and Hebrew.

Anchoring the exhibition are two large-scale multi-channel works from Montreal-based artists Kara Blake and George Fok, commissioned by the Musée d'art contemporain de Montréal.  A five-screen video compilation, Blake’s Offerings (2017) invites visitors to hear Cohen reflect on his own writing and songs.  An immersive introduction to Cohen as a performer, Fok’s acclaimed 56-minute long multi-screen video installation Passing Through (2017), presents a collage of performance culled from more than four decades.

Leonard Cohen: Everybody Knows opens December 7 in the Sam & Ayala Zacks Pavilion at the AGO.

Leonard Cohen: Everybody Knows is organized by the Art Gallery of Ontario, Toronto with the exceptional support of the Leonard Cohen Family Trust and Musée d'art contemporain de Montréal.