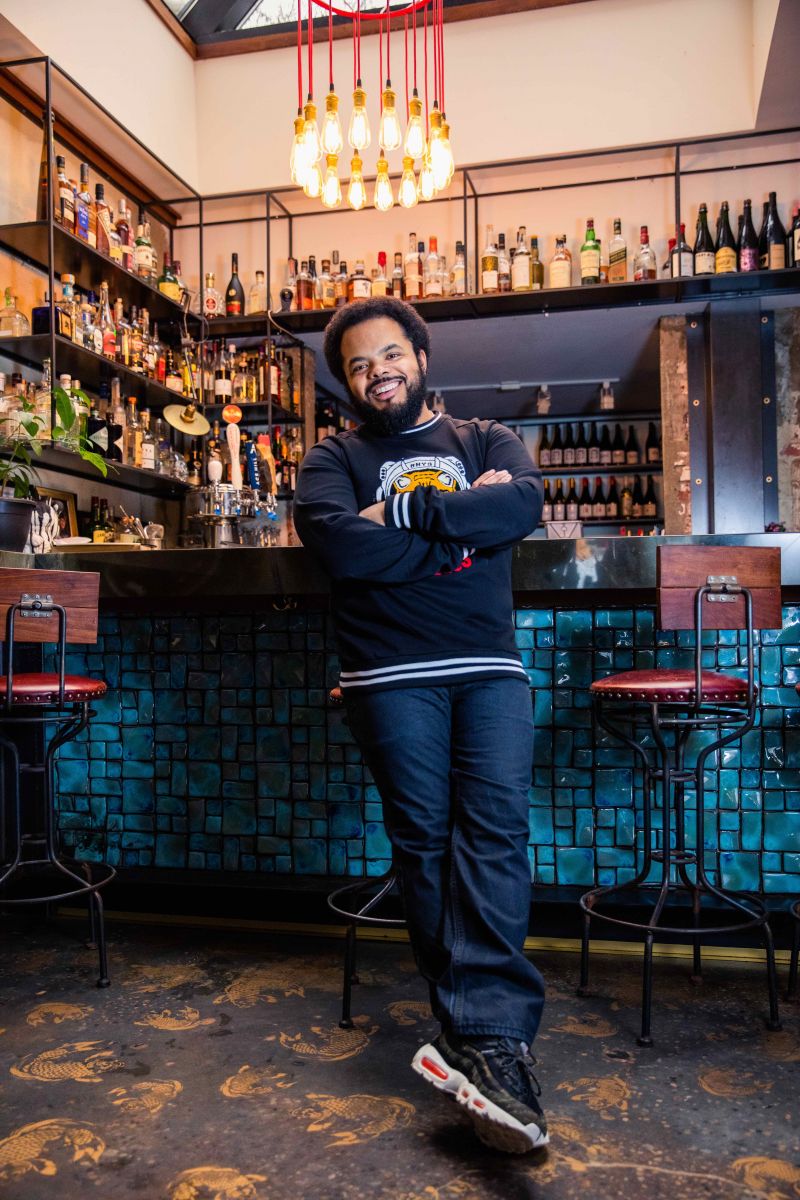 Inspired by the landmark exhibition Fragments of Epic Memory, the AGO launched a new three-part conversation series called Foodways, exploring the intersection of culinary practices, memory and art. Each week a different renowned Caribbean chef will join AGO Executive Chef Renée Bellefeuille to reflect on their unique relationship with Caribbean cuisine and its rich history. The series is an extension of our Food and Beverage department’s ongoing commitment to artful programming and will conclude with an in-person dinner created by the participating chefs at a later date.

Foodways kicked off January 14 with celebrity Chef Roger Mooking joining Julie Crooks, AGO Curator, Arts of Global Africa and the Diaspora. Chef, restaurateur and recording artist Roger Mooking is best known as the host of the Food Network and Cooking Channel shows Man Fire Food, Everyday Exotic, Heat Seekers and Man’s Greatest Food. During his Foodways appearance, Mooking shared tales of his upbringing in Trinidad and Tobago and Edmonton, Alberta, how he got his start cooking, and the magical connection between food and memory.

We recently spoke with Chef Mooking about his Foodways conversation, and the fascinating insights that were exchanged.

AGOinsider: During your Foodways conversation you spoke about the connection between food, memory and culture. In your opinion, why are the three so interconnected?

Chef Mooking: The common denominator is the people, the community.  Without the community there is no food, certainly no culture and very little memorable experiences.  We learned during COVID how essential experiences are to being human. The memory houses these experiences and provides historical context to the culture of which the food is a major part, but without the people none of this occurs.  For me this trifecta is locked in memory like sipping ponche de creme (a Trinidadian drink), eating black cake and listening to parang music and steel pan at a basement house party during the holidays.  Well…that's one memory.

AGOinsider: Thinking back on your culinary history, what are the three Caribbean dishes you most enjoy preparing and why?

Chef Mooking: Curry goat because that is one of my all-time favourite things to eat on earth.  Macaroni pie is one of those very basic staple dishes that is unusual in that it has found its way to several of the islands, which is uncommon.  Making black cake during Christmas is something my grandmother mastered and now I am making her recipe and sharing it with my own family. The legacy of this dish brings me so much joy with every slice.

AGOinsider: Though Caribbean cuisine is often spoken about as a monolith, it is actually quite diverse from region to region. Can you elaborate about some of the regional differences within Caribbean cuisine?

Chef Mooking: Although they’re all tropical and have access to similar ingredients, the food is very regional, which is primarily influenced by the history of colonization and the corresponding food supply chain it came with.  Personally I will never order roti from a Jamaican restaurant but I will definitely go crazy on the Oxtail or Escovitch from one.  Much the same way you don’t go to Sicily asking for tortellini in brodo, which is popular in Bologna. Grilled flying fish is found exclusively in Barbados. Doubles is strictly a Trinidadian thing. If you go to Trinidad, you will not find ackee and saltfish anywhere but you will find saltfish buljol and bake.  It would be like going to a traditional German restaurant asking for Ma Po tofu.

AGOinsider: What was your favourite piece of art from Fragments of Epic Memory? Can you describe why?

Chef Mooking: I love the Moko Jumbie (by British-Trinidadian sculptural artist Zak Ové).  This figure is fundamental to the history and tradition of Carnival, started in Trinidad, that has been replicated in several parts of the world including Toronto Caribana (it will always still be known as Caribana no matter how much anyone or anything tries otherwise). The Carnival culture is so pervasive in Trinidad and people are planning the next year’s Carnival the week after the one that just passed.  The Moko Jumbie on stilts is a prized symbol of the Carnival tradition and holds a creative artistic place of worship in the community as well as a holding significant historic and spiritual context.