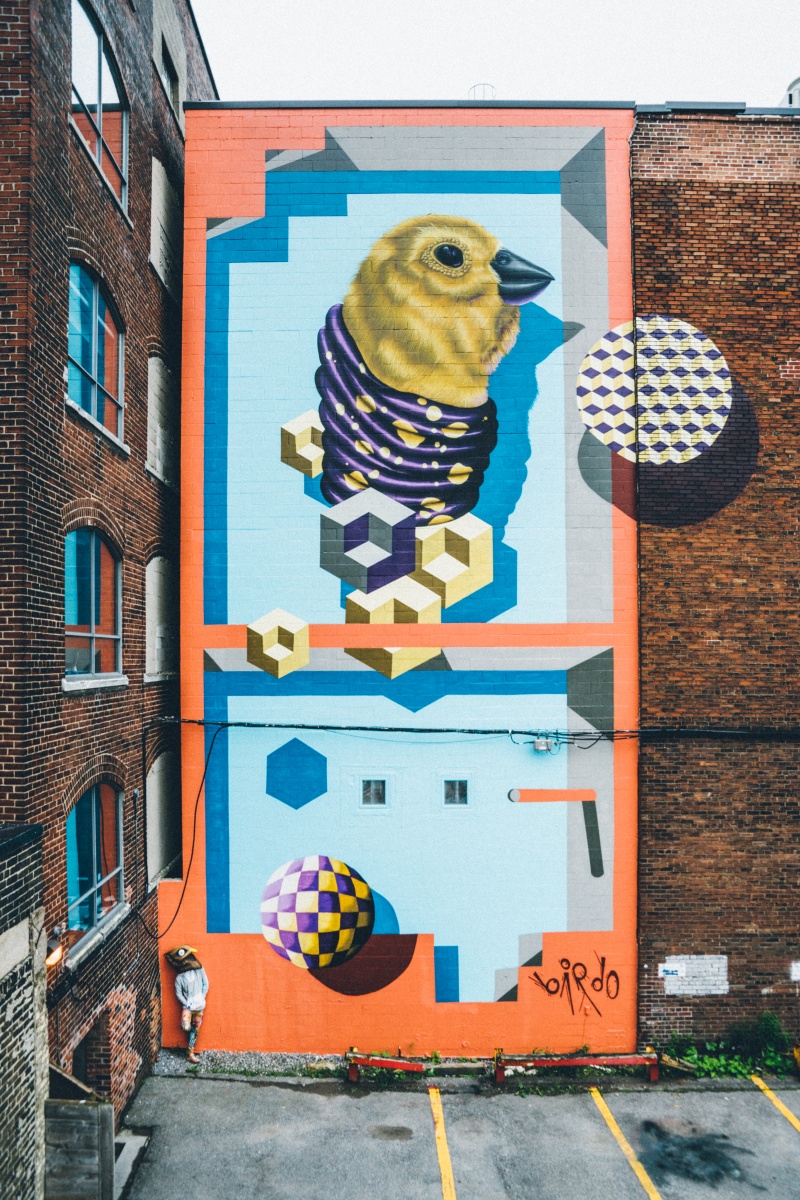 Street art and anonymity have a long history. Out of necessity, graffiti-writers often conceal their true identities and take on colourful pseudonyms, which become synonymous with their unique style of work and the mysterious persona attached to it.  Artist Jerry Rugg, aka birdO, has roots in the Toronto graffiti scene, but became a prolific international muralist a decade ago. He paints large-scale hybrid animal pieces with a surreal and colourful flair – all while wearing an oversized, helmet-style bird mask, which both conceals his face and marks his signature persona – birdO.

We recently connected with Rugg to find out more about birdO, his intriguing practice and his thoughts about the importance of public art.

AGOinsider: Artists have been concealing their identities for centuries – and for many different reasons. What made you decide to wear a mask? Do you feel it has achieved its desired effect?

Rugg: I had always been drawn to clandestine endeavours. My friends and I were infatuated with the New York Subway movement from the 1970s.  When I first became interested in spray-painting, in the late 1990s, all participants still remained anonymous. I am most pleased when someone viewing my murals is left with more questions than answers; thus, I love the idea that my persona is an extension of my art itself.

In hindsight, as I try to always continue shifting, moving and evolving, I suppose it's hard to say if I've achieved my desired effect. However, if Google and Amazon and CSIS are going to openly know as much about me as they do, I'm pretty OK with keeping a few things to myself.

AGOinsider: In addition to your look/persona, birds also make an appearance in most of your art works. Can you talk about what birds symbolize for you, and why so much of your work is dedicated to them?

Rugg: After all of these years, I still love painting birds. From a technical perspective, they offer so much texture and variety. As subject matter, they are so flexible in their shape and form that it's always fun to fit their profiles onto the surfaces I am presented with.

I know that birds can represent power, stoicism and freedom but I also think they are alien-like, silly and playful. A pretty great juxtaposition for life in general I figure.

AGOinsider: If you could paint a mural on any surface in the world, where would it be and why?

Rugg: I've bought into outer space madness so eventually I reckon we are moving there (whether we like it or not). I'd pull inspiration from Dubai's Palm Islands and want to paint something that is visible from space. That's a really sad thought actually: Earth as an ancient ruin... 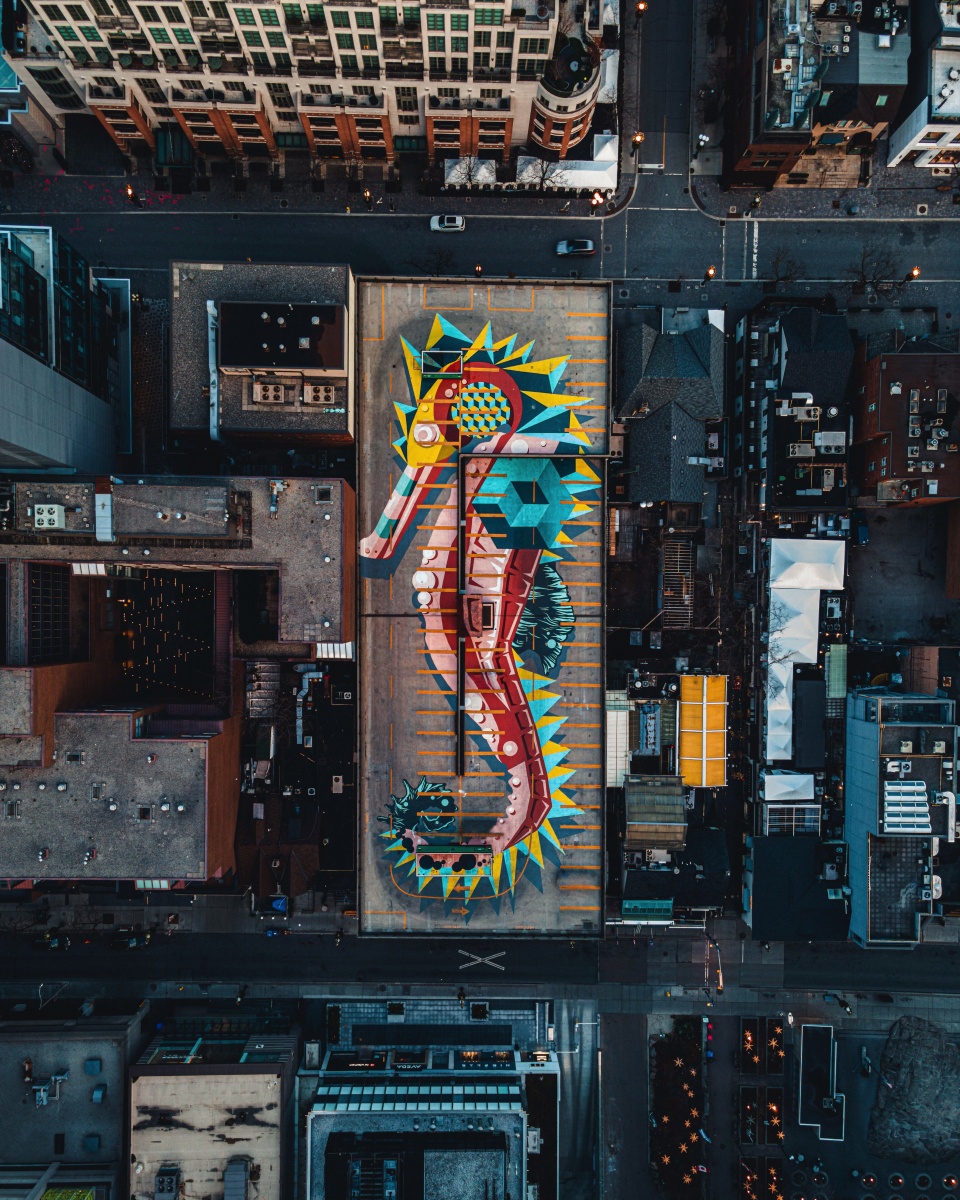 AGOinsider: This past year has been very challenging for everyone, everywhere. As an artist who’s painted murals across the globe, how do you think public art can help people cope?

Rugg: We've all been a captive audience on the internet over the past year. Social media and the 24-hour news cycle both come with inherent dangers and intentions. Not unlike the importance of a breath of fresh air, I hope that public art can represent a moment of visual engagement that asks nothing at all of the viewer; rather, allows the viewer to ask of it anything they wish. No strings attached.