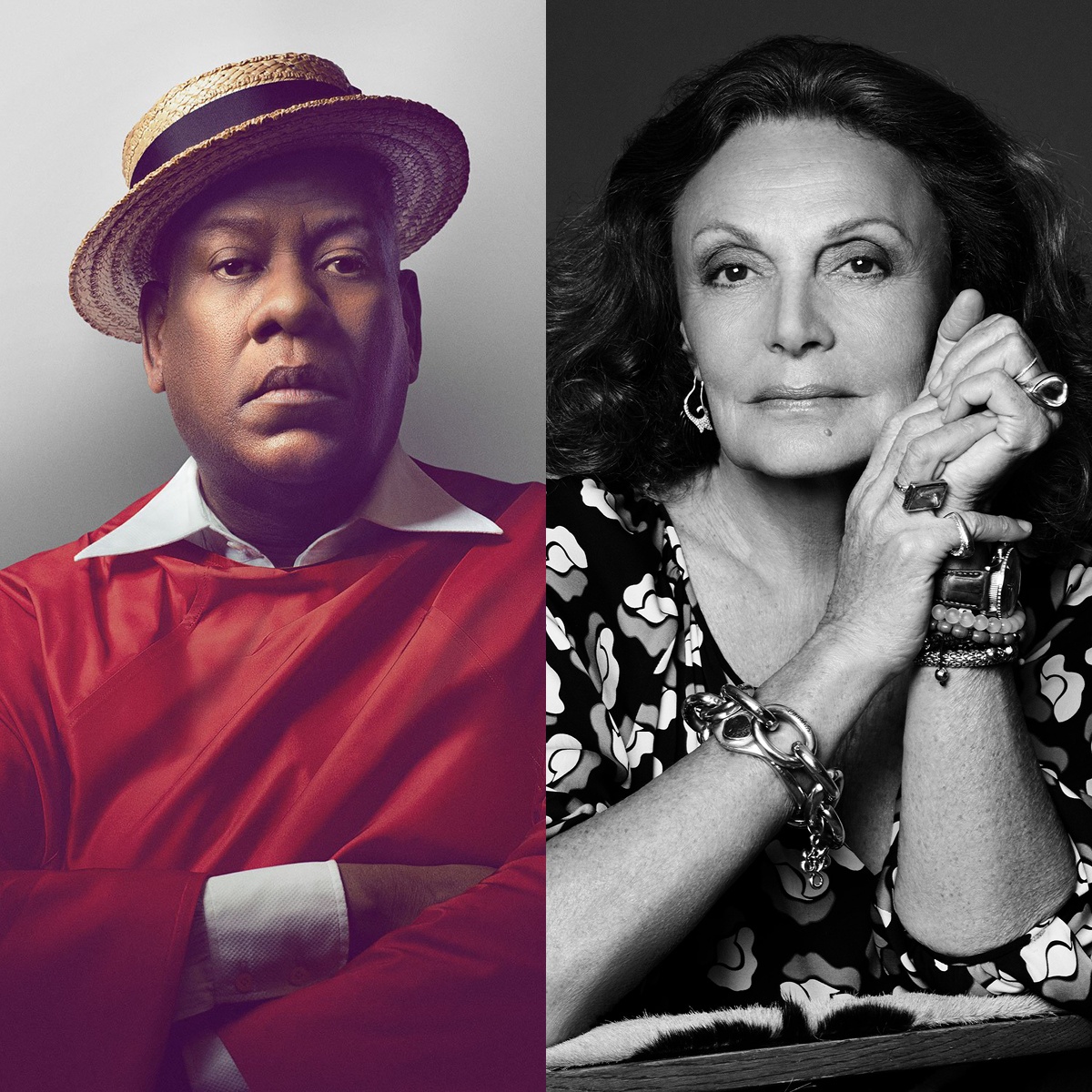 The profound influence of Studio 54 cannot be understated, and for many reasons it may be the most iconic nightclub of all time. With Diana Ross, Cher and Grace Jones as regulars, it’s easy to see how it quickly became the mecca of definitive disco-era fashion in New York—and America at large. You may have seen Bianca Jagger famously perched atop a white horse in a signature Halston gown, but there are nearly three years of legendary Studio 54 looks and fashion moments you might not be privy to. In eager anticipation of our upcoming exhibition, Studio 54: Night Magic,  the AGO  welcomes (virtually) two titans of fashion history, André Leon Talley and Diane Von Furstenberg – both are former regulars at the club.

Fashion journalist, critic and creative director André Leon Talley got his start in the mid-1970s under the tutelage of Vogue magazine editor Diana Vreeland. She was so impressed by his talent, she secured him an entry-level role working for Andy Warhol at Interview magazine. From there, Talley would rapidly climb the ranks of the fashion world, ending up as Vogue creative director by 1988. While Studio 54 was open (1977 – 1980), he was a beloved regular, in attendance for both the historic club’s grand opening and its final night. There’s no doubt he witnessed many fashion moments at the club that helped shape his unique perspective.

In 1970, Belgian fashion designer Diane von Furstenberg moved to New York to pursue her career and by 1972, she started her eponymous clothing line. Among von Furstenberg’s major contributions to fashion is the creation of the iconic wrap dress. Its immense popularity and influence on womenswear landed her on the cover of Newsweek at age 29.  In 1997, she received the Lifetime Achievement Award from the Council of Fashion Designers of America (CFDA), of which she is now the chair. Like Talley, von Furstenberg was a staple at Studio 54.

Since their time at Studio 54, both Tally and von Furstenberg have built monumental careers in their respective fields, further solidifying the major impact this legendary venue and its patrons have had on the world.