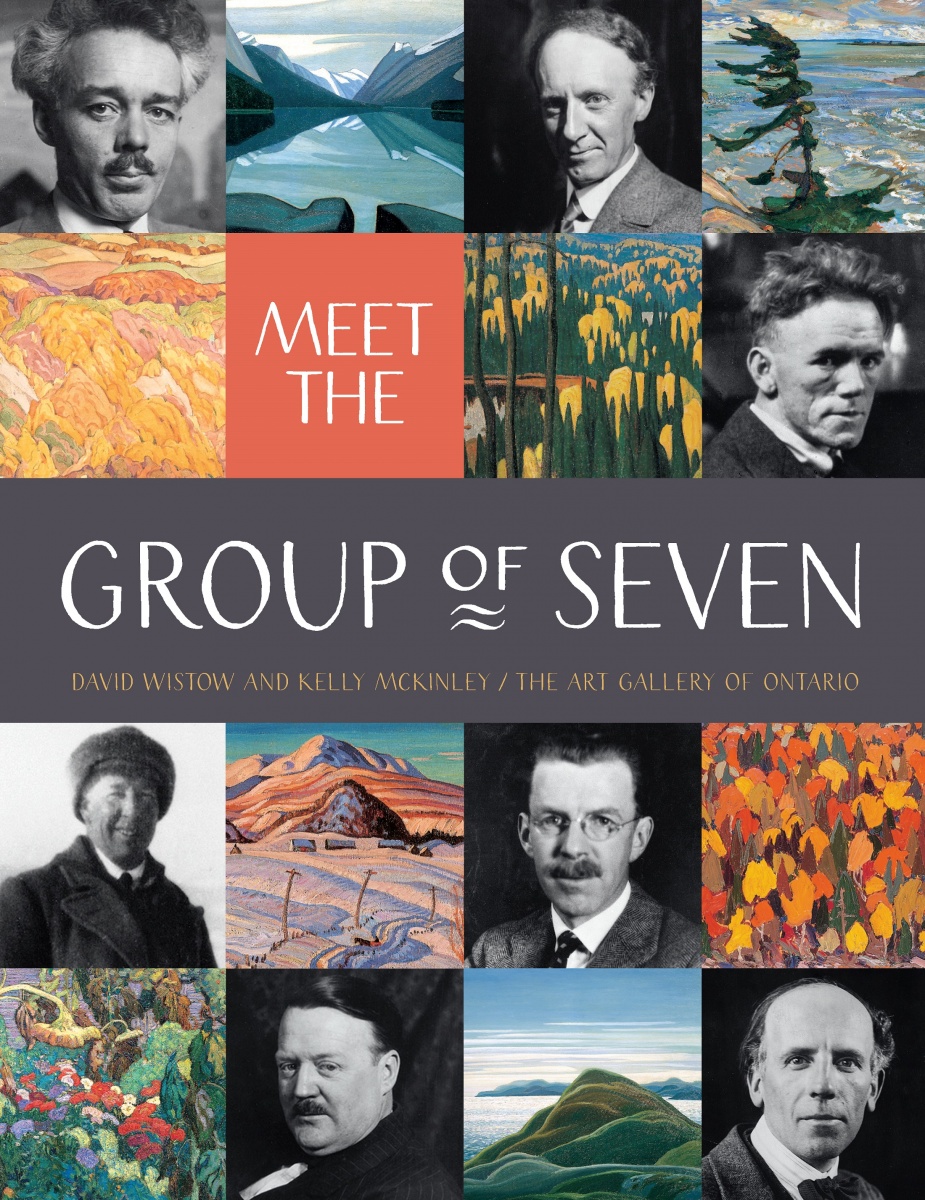 shopAGO has long been a destination for artful children’s books, but did you know the AGO itself produced a bestselling art book for kids? First published in 1999 by Kids Can Press and co-authored by David Wistow and Kelly McKinley, Meet the Group of Seven has won awards and sold over 25,000 copies. Just in time to celebrate the 100th anniversary of the Group’s first exhibition (held at the AGO, then the Art Gallery of Toronto), a new edition is now available.

Touted as a “wonderful introduction” to the Group of Seven by the Lethbridge Herald, the 48-page illustrated guide for readers aged 8 to 12 highlights the original seven artists, discusses their inspirations and notable artworks, and paints a timeline of their activities and a bevy of fun facts. For example: did you know that the Group of Seven rented out their paintings to make money? And that Tom Thomson was so poor he painted on wood scrounged from orange crates?

The authors each had impressive careers at the AGO. Kelly McKinley was most recently the Richard and Elizabeth Currie Executive Director of Education and Public Programming up until her move to the U.S. in 2014. She is currently the CEO of the Bay Area Discovery Museum in California. David Wistow is an educator and art historian who pioneered the field of museum interpretive planning before his retirement in 2017. We caught up with David to talk about the bestseller.

AGO: In the twenty years since Meet the Group of Seven was originally published, do you think our opinion of the Group has changed much?

David: The public is more aware of the cultural context of the group's paintings; for example, we no longer describe the northern wilderness as uninhabited, but the traditional homelands of Canada's First Nations peoples. In order to ensure that the new edition was as up to date as possible, we invited Wanda Nanibush, the AGO’s Curator of Indigenous Art, to review the text before publication.

AGO: What was the most surprising fact you learned from the project?

David: The research and writing were done in tandem with Kelly McKinley. She contributed a lot to its original tone and style. I had previously written a book about the Group for adults, so I was close to the content. It was a big surprise to learn how many adults have enjoyed the kids’ version. It seems to appeal to all ages... perhaps contributing to the 25,0000 copies sold to date.

AGO: Do you have a favourite work by a member of the Group in the AGO Collection?

David: J.E.H. McDonald's Falls, Montreal River. It's a daring perspective full of energy and excitement. You can still see the site today on the Algoma Central Railway. But the location is now a power plant.

AGO: So tell us, what really happened to Tom Thomson? Do you think he was murdered?

David: The verdict is still out. I expect it will never be resolved. But it’s just amazing what he produced in a five-year career!

Meet the Group of Seven is available in-store or online from shopAGO. Works by the Group of Seven are on view every day in the AGO’s Thomson Collection of Canadian Art. Admission is always free with an AGO Membership or the $35 Annual Pass, which is free for visitors 25 and under.