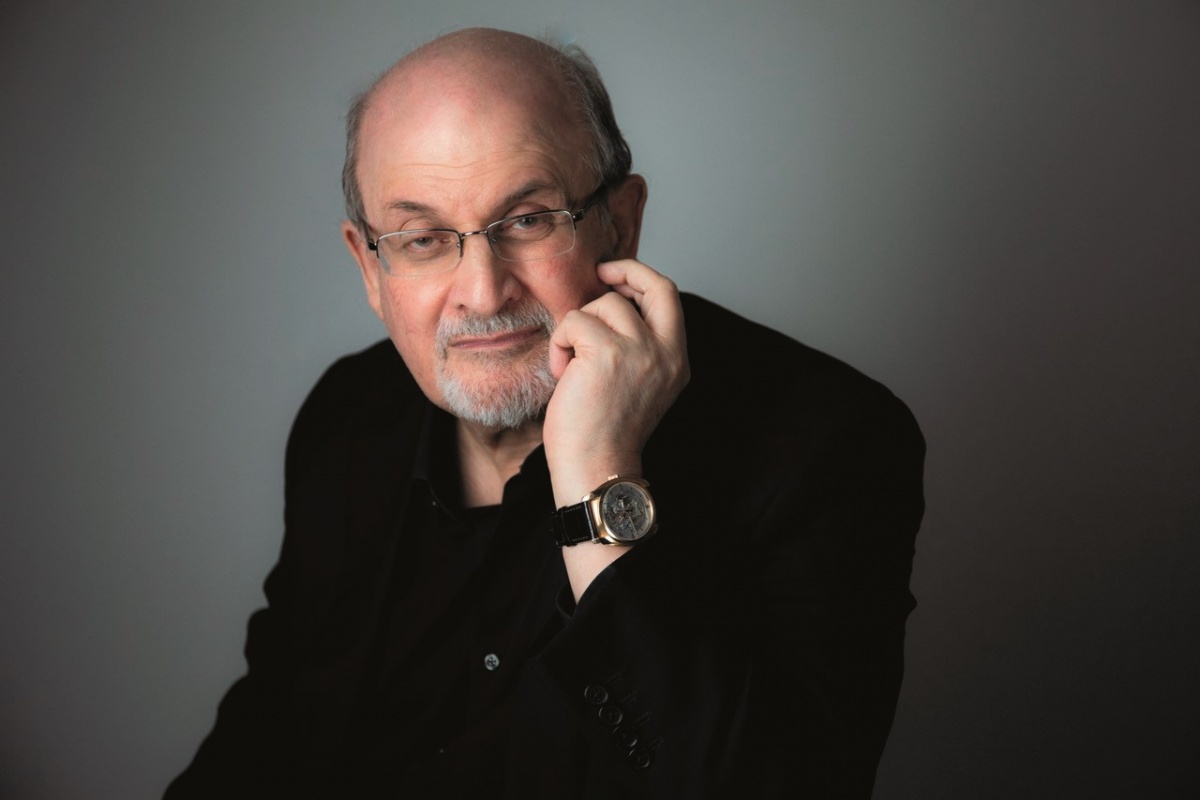 On September 30, AGO Futures – the talk series that brings leading authors, curators and artists to the AGO’s stage – welcomes Booker Prize-winning, international bestselling author Salman Rushdie for a sold-out conversation with Candy Palmater.

Before the always insightful Rushdie joins us in Baillie Court to discuss his new novel Quichotte, we caught up with him to ask a few quixotic questions of our own.

AGO: This book was inspired by a re-reading of the classic novel by Miguel de Cervantes, Don Quixote. Why this novel; and what would you ask the author if given the chance?
Rushdie: It is alive because Quixote and Sancho are alive, lovable and imperishable, and maybe that’s because we are all a little bit Quixote and a little bit Sancho too. Also, its literary games are astonishingly sophisticated and way ahead of their time. My question for Cervantes – given his fury at the imitation Don Quixote written by Avellaneda – would be, how does he feel about the fact that his book has inspired so many more not-quite-Quixotes, including mine? Would he be flattered or enraged?

AGO: Your main character drives across the U.S. in a beaten-up Chevy Cruze. What person or thing would compel you to do the same?
Rushdie: I almost did it. Before this turned into a novel I thought about making the trip myself, accompanied by one or both of my sons. (I might not have rented a Chevy Cruze, though.) But in the end I decided I’d have more fun making the journey up. I’ve talked to my sons again, though, and we might still do the trip.

AGO: Is choosing the cover art for your books something you enjoy or dread? As a reader, how influential is a book cover to you?
Rushdie: I’m very interested in getting the cover right. This time around, it was easy, because the moment I took the design out of the envelope I just said, ‘Oh yes’. I know you should never judge a book by its etc. etc., but everyone does, including me.

AGO: The America you capture in your novel is a crass, materialist and often dangerous place full of silliness and surprises. Yet, you’ve made the U.S.A. home. What inspires you to stay?
Rushdie: New York City. I’m a person who ‘belongs’ to cities more than to countries, and New York is where I’m happy to stay.

AGO: A character in your book describes at one point how life has become “a series of vanishing photographs, posted every day, gone the next.” What do you think is the antidote for the frenetic pace of our daily lives?
Rushdie: Books. Reading is the cure. I recommend it.

AGO: Final question. The narrator of your book is a failed spy novelist. In the instance where the Swiss Ambassador has disappeared from your library, do you call George Smiley, Jack Ryan or Richard Hannay?
Rushdie: Smiley. Always Smiley.

This event is sold out, but the talk will be live-streamed and can be seen on the AGO Facebook page.