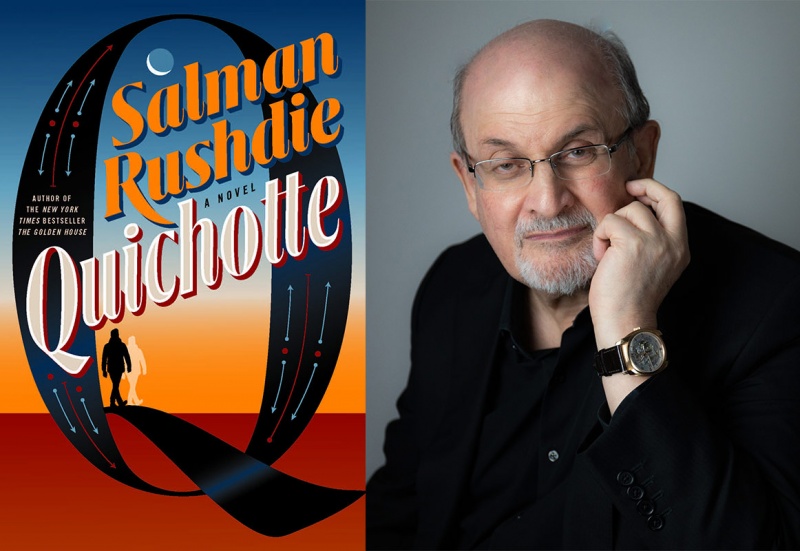 This event is sold out, but the talk will be live-streamed and can be seen on the AGO Facebook page.

Just as Cervantes wrote Don Quixote to satirize the culture of his time, Rushdie takes the reader on a wild ride through a country on the verge of moral and spiritual collapse. And with the kind of storytelling magic that is the hallmark of Rushdie’s work, the fully realized lives of his characters intertwine in a profoundly human quest for love and a wickedly entertaining portrait of an age in which fact is so often indiscernible from fiction.

Salman Rushdie is the author of twelve novels—Grimus, Midnight’s Children (for which he won the Booker Prize and the Best of the Booker), Shame, The Satanic Verses, Haroun and The Sea of Stories, The Moor’s Last Sigh, The Ground Beneath Her Feet, Fury, Shalimar the Clown, The Enchantress of Florence, Luka and the Fire of Life, and Two Years Eight Months and Twenty-Eight Nights—and one collection of short stories: East, West. He has also published four works of nonfiction—Joseph Anton, The Jaguar Smile, Imaginary Homelands, and Step Across This Line—and co-edited two anthologies, Mirrorwork and Best American Short Stories 2008. He is a member of the American Academy of Arts and Letters and a Distinguished Writer in Residence at New York University. A former president of PEN American Center, Rushdie was knighted in 2007 for services to literature.

Candy Palmater is a recovered lawyer turned feminist comic who was raised by bikers in the wilds of northern New Brunswick. She is an activist, actor, writer, international speaker, and award-winning TV and radio personality, and has executive produced three films on Mi’kmaw culture.