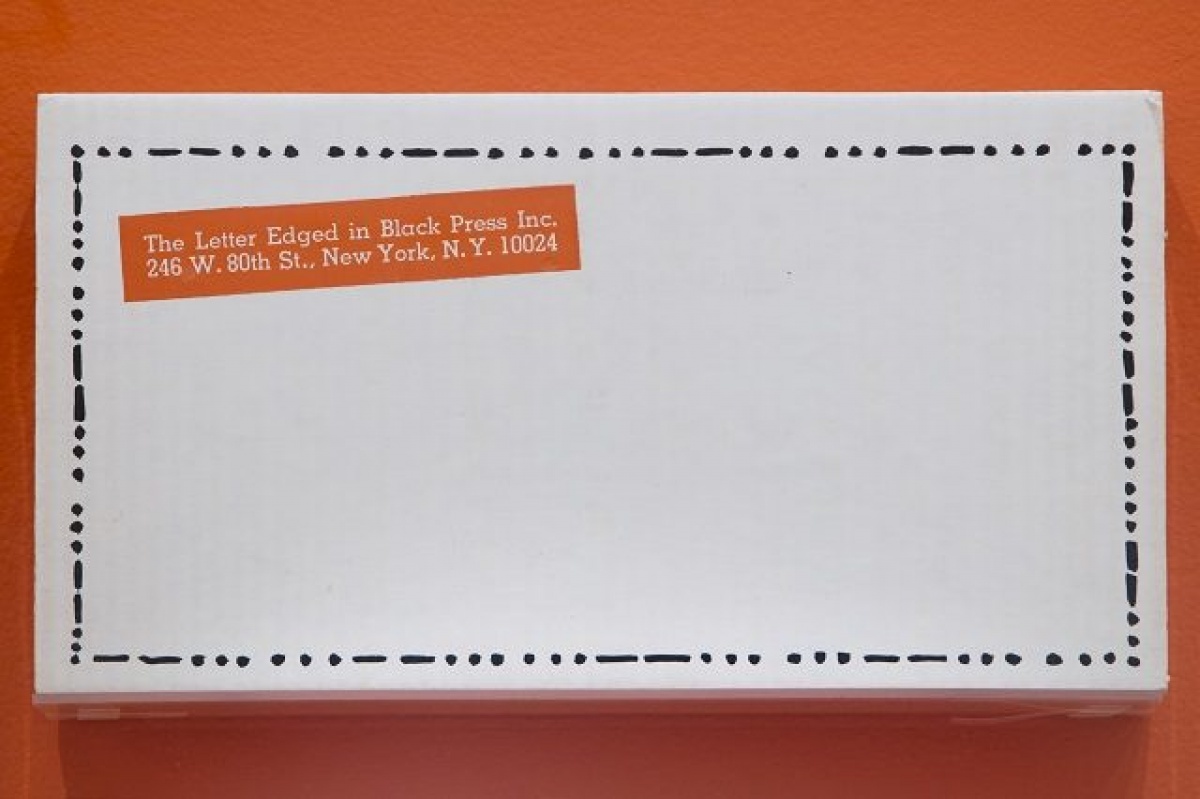 In the 1960s, people not only asked critical questions, they got active and demanded answers. Calling forth the spirit of rabble-rousing and rebellion, newly installed into our Prints and Drawings collection on Level 1 in Nicholas Fodor Gallery (Gallery 140) are the innovative Shit Must Stop (S.M.S.) portfolios from our new exhibition Mail Art, Break the Rules: The Shit Must Stop Portfolio.

Conceived by artist and collector William Copley and co-published by surrealist painter Dimitri Petrov in 1968, the S.M.S. portfolios were subscription-based and arrived in the form of a cardboard box mailer containing mass-produced prints, photographs, texts, audio recordings and more from a vast array of artists. Copley and Petrov’s intention was to disrupt and bypass the red tape of powerful art institutions, delivering work directly to subscribers. They took a truly democratic approach, paying all contributing artists a flat fee of $100, whether they were renowned or up-and-coming. 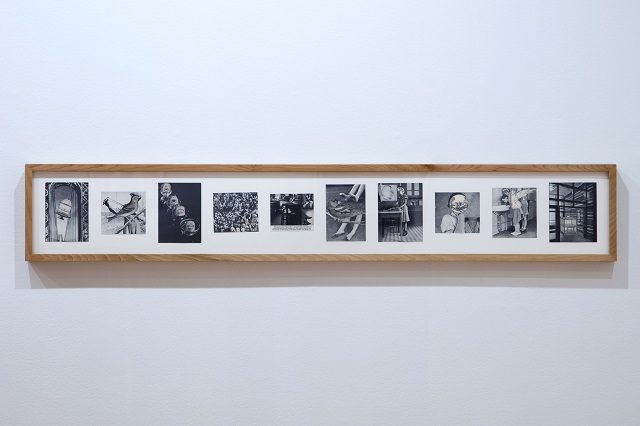 S.M.S. portfolios were not only unusual and subversive in form, but in content as well. “Copley and his collaborators went to great efforts to fulfill each artist’s vision for their contribution regardless of the unusual media, while still making sure all works fit within the cardboard mailer,” says lead curator of the installation, Alexa Greist, AGO’s Associate Curator and R. Fraser Elliott Chair, Prints & Drawings.

The mailers were full of works ripe with satire, political commentary and illusion. In building the roster of contributors, specific effort was made to include the voice of women artists. One being Marcia Herscovitz, whose contribution to portfolio No. 2, Ten Collages, takes a surrealist approach to social critique. Most notably in this work, a bondage scene is superimposed in the top right corner of an image depicting a school girl seated at a desk. 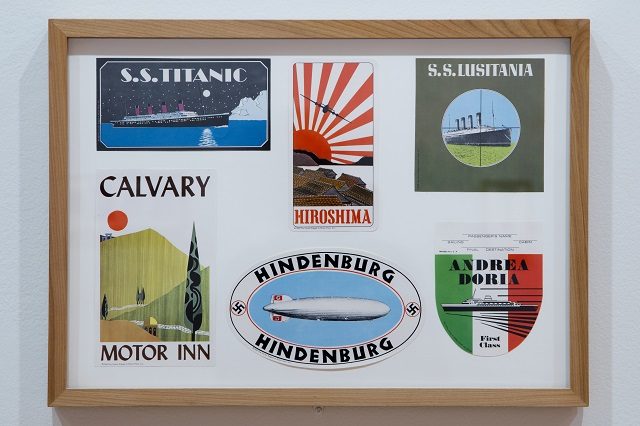 Another contributor was Nancy Reitkopf. Her piece in portfolio No.1, Luggage Labels, is a parody that draws upon the Pop Art movement. At first glance the labels appear to be simple logos from travel and tourism companies, but when examined closely they’re actually direct references to tragic historical events like the Hindenburg disaster or atomic bombings of Hiroshima, Japan. The concept and execution of Luggage Labels bears a striking resemblance to the work of contemporary street art legend Banksy, in that it slightly subverts imagery well-known to the public for the purpose of provocative messaging. This leaves us to wonder if Reitkopf may have caused a ripple effect that spanned far past the ‘60s.

However unconventional the S.M.S. portfolios were, print portfolios in the ‘60s were not an exclusive idea. Also part of Mail Art, Break the Rules: The Shit Must Stop Portfolio, in Gallery 141 you can find more traditional work in the portfolio series Ten Works by Ten Painters (X + X). These collections feature some of the best-known American artists including Andy Warhol, Frank Stella and Robert Motherwell. Like the S.M.S. portfolios, X + X sought to make artwork more widely accessible, but did so through the same institutional channels that S.M.S. avoided.