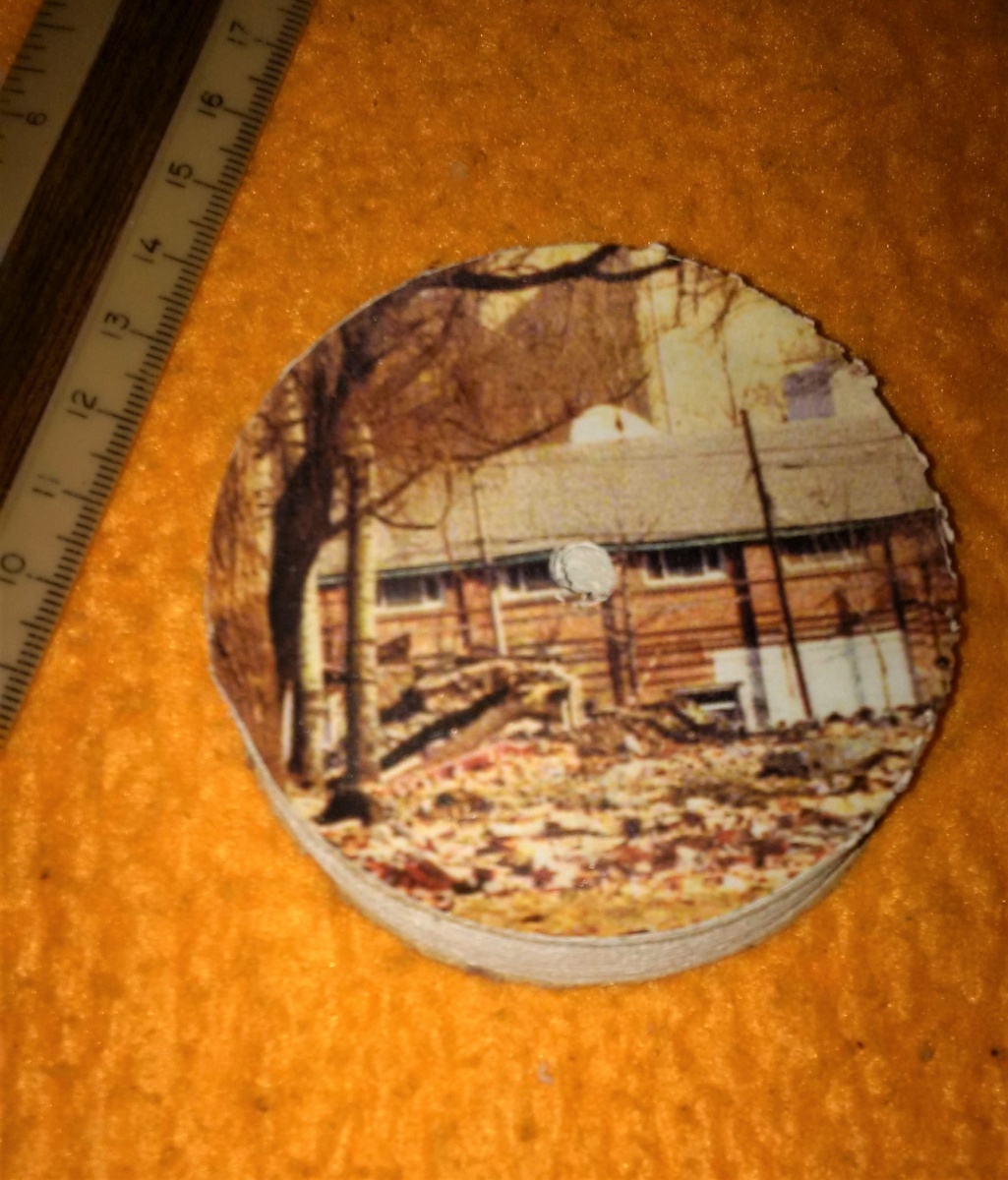 You mean, I get to write about things I love at the Gallery and cite The Beatles?!?!?  Here goes:

We're all missing the Gallery these days. The people and the art that it houses. But beyond the physical distances we must observe, time can separate us from the Gallery.

That's why for years I have held closely (hoping not to have broken any rules or regulations) some momentoes or artefacts from the AGO that help me recall great exhibits and amazing art from over the years. They are my own little AGO at home:

While its current home is certainly a beautiful setting, Henry Moore's Large Two Forms has had a couple of homes at the Gallery. It was moved into its current place in Grange Park from the southwest corner of Dundas and McCaul back in 2017, but it had been lifted from one spot at that corner (where it was first installed in 1974) to another nearby spot years earlier.

Starting very early on a freezing cold February morning, a giant crane came to the Gallery to lift each part of the eight-tonne sculpture and gently place it in its new position nearby. That space was carefully measured and marked on a newly poured concrete pedestal before the move, of course. 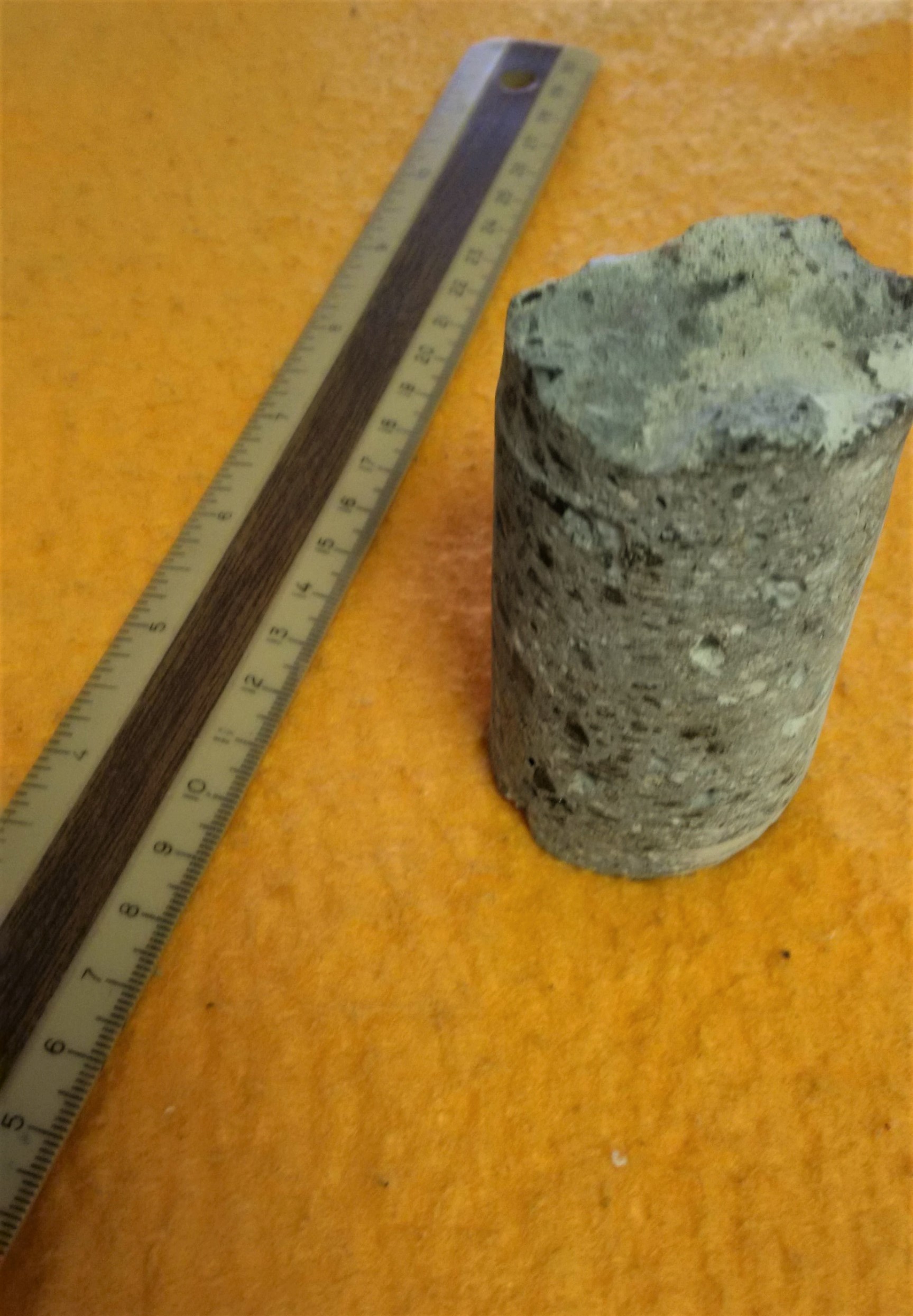 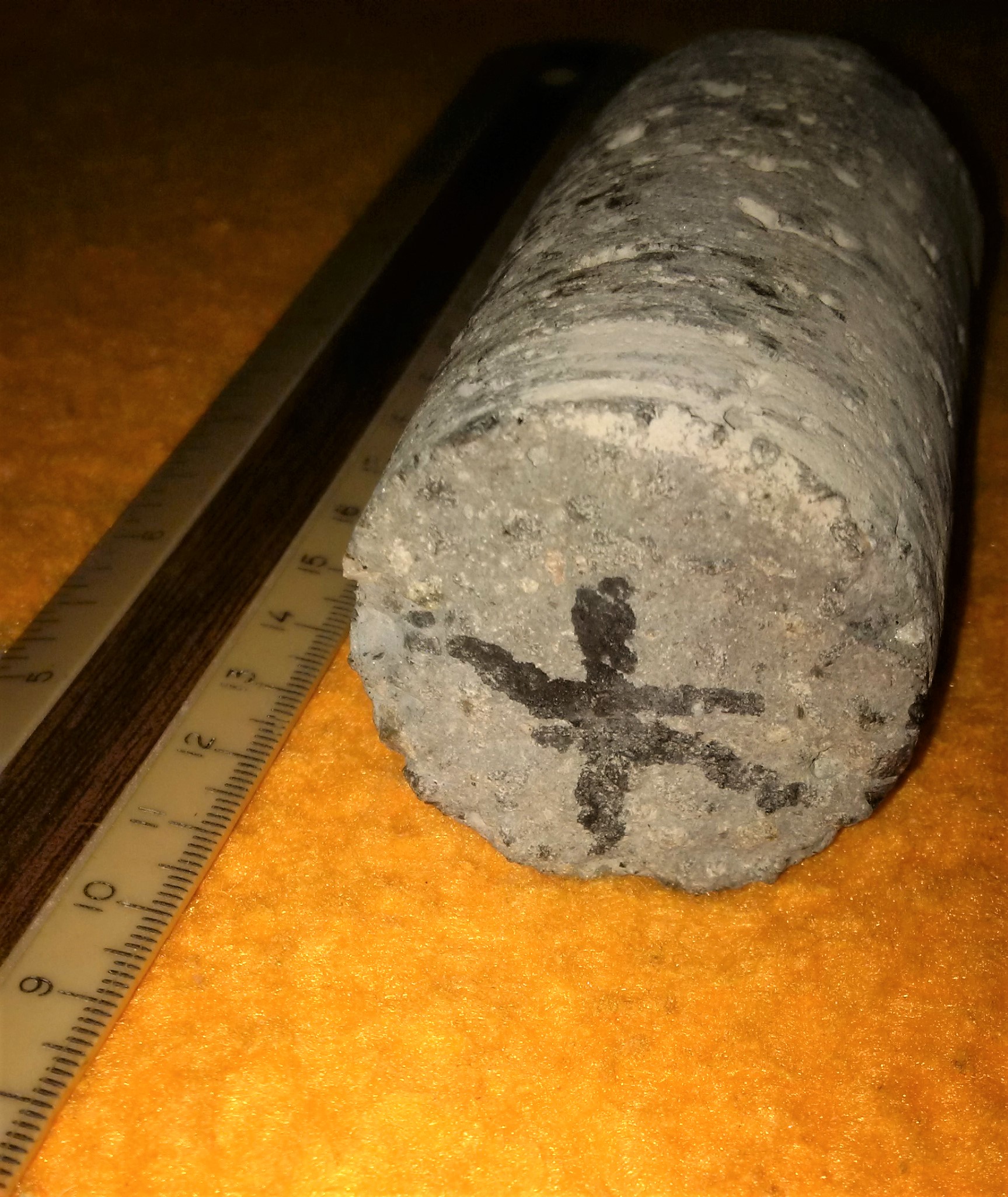 So this is a bit of the concrete that came out of one of the drilling holes made for one of the legs of one of the pieces of Large Two Forms. I love the black magic marker letter X – Ha! Insert art here!

Yes, time changes things – but this memento says there is always a place for art.

Back in 2003, the AGO hosted an amazing exhibit and a series of events that helped convey the social and political theories of Chinese artist, activist and dissident Ai Weiwei. The show extended well beyond the Gallery walls with art at Nathan Phillips Square, for example, as well as a very special video conference (long before Zoom) with the artist, who was not allowed to leave China at the time!

Many of Ai's artworks feature the detritus of his world: discarded debris, destroyed remnants, broken or lost objects were all on display. Covering a long wall leading into Irina Moore and the main Zacks Gallery installation of Ai Wei Wei: According to What? was a giant photograph of a Chinese city along with several large video screens, conveying the contrasts between the cultural colossus that is China  and the small unique elements that make up the individual human experience. 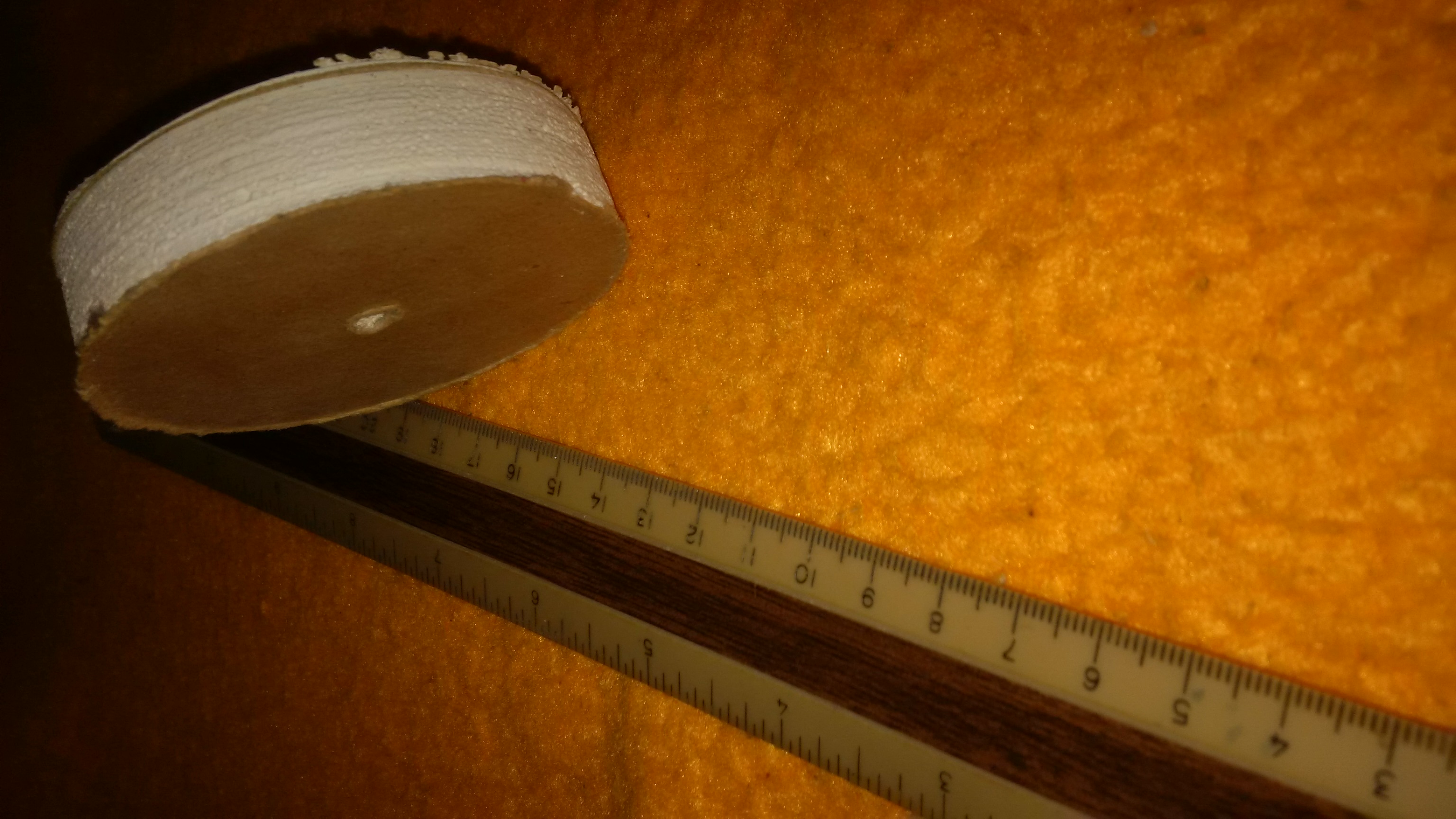 What you see here is some discarded debris from that installation: through the hole that this piece was cut from ran the power and video cables feeding the large TV screens. Ironically, symbolically, the cut-out just happens to embrace fully the image of a house – coincidentally, someone's little home survived the destructive cutting of that wall.

As Ai Weiwei has said, “Mainly I have no clear goal in my art. I let it be very loose; I let it happen spontaneously.”

This bit of drywall is my proof that is so!

Long  a symbol of Indigenous culture that conveys resiliency, power and strength, a Thunderbird or Thunder-being was used to anchor one of the first art exhibits at the AGO that combined European-influenced art with that from the First Nations in Canada.

That the art, craft and artefacts representing an Indigenous life and worldview were put on display alongside more traditional oil canvases that often portrayed empire and conquest was a first.

The-then McLaughlin Gallery housed this unique exhibit -- was it called The Meeting Place? It was a conversation between cultures. In addition to the art on display, four interactive video workstations let visitors see and hear from art curators, historians, Indigenous artists and First Nations community leaders. 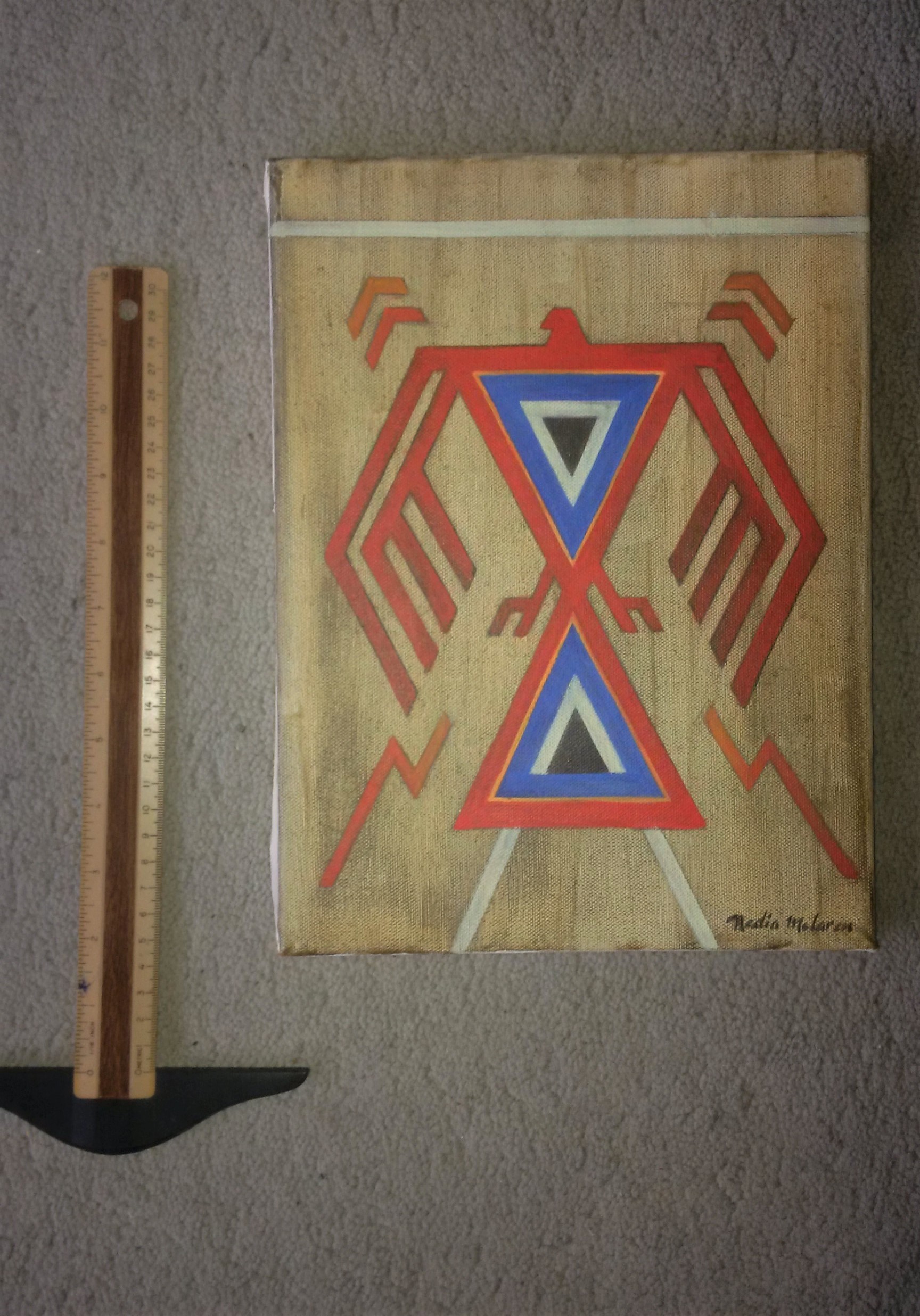 This is the original maquette created for the dominating image in that space, and discarded after the final was installed. A young Indigenous artist named Nadia McLaren envisioned the power of that spirit-being infusing our gallery, so she added the “energy waves” you see emanating from its shoulders.

Unfortunately, the McLaughlin Gallery would soon close to make way for Transformation AGO and the many changes that have swept our Gallery and our world since then.

But thanks to Nadia's Thunderbird, thanks to the objects I've been lucky enough to collect and save over the years, the changes have not swept all away. These places are not gone. I love them still; they are alive still.

So what about The Beatles, you ask?

The greatest band in the world says these things much better than I, and a chance to think about one of the greatest pop songs ever should never be missed. Bet you didn't know it's about the AGO:

There are places I'll remember
All my life, though some have changed
Some forever, not for better
Some have gone, and some remain
All these places had their moments
With lovers and friends, I still can recall
Some are dead, and some are living
In my life, I've loved them all