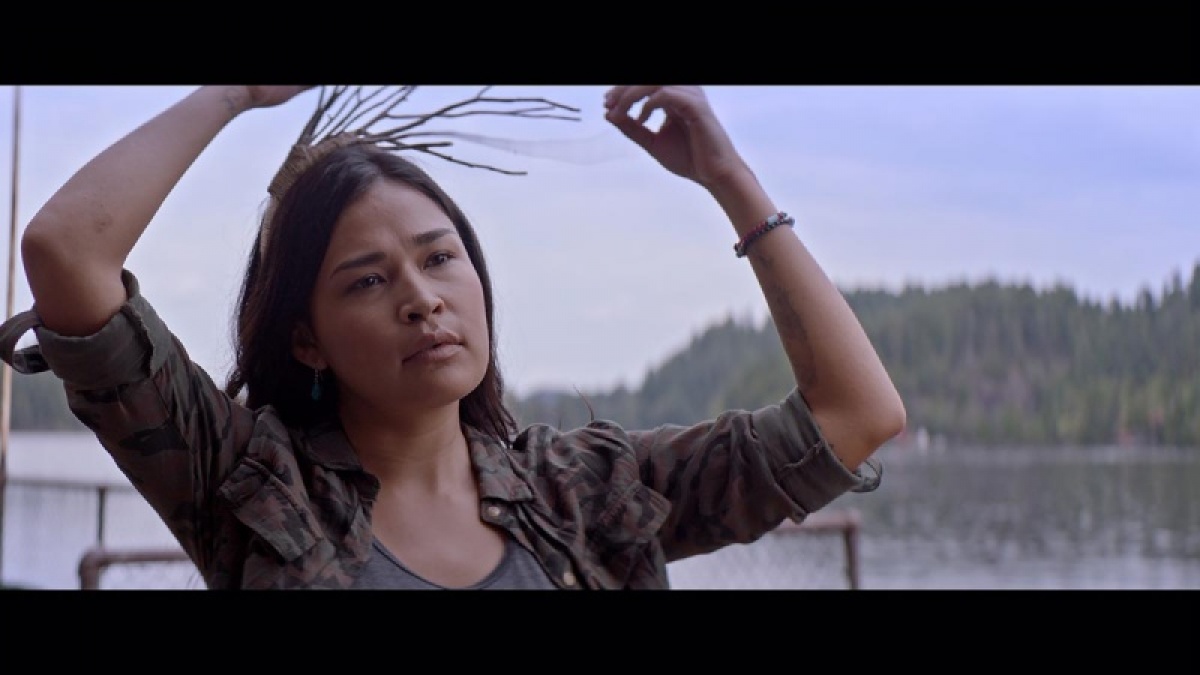 Have you ever witnessed something that shook you to your core? What did you do about it? When Shelley Niro had an experience that struck her, she spoke up in the best way she knew how: by creating her work, The Shirt, on view now on Level 2 in the J.S. McLean Centre for Indigenous & Canadian Art.

On a trip to Houston, Texas for a photography conference, artist and filmmaker Niro (winner of the Governor General’s Award and the prestigious Scotiabank Photography Award), was shaken by the views from her plane's window. She recalls the way the land was partitioned, indicating ownership, and how it reminded her of the complex
history that took place on that land. Upset by this, Niro felt obligated to do something – sparking the inspiration of The Shirt.

Shelley Niro was born in Niagara Falls, New York and grew up on the Six Nations of the Grand River Reserve, near Brantford, Ontario. Through her work, she challenges the expectations placed on Indigenous people by telling their stories from her own perspective. 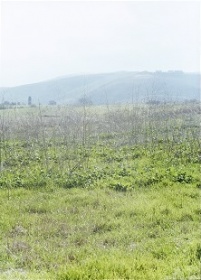 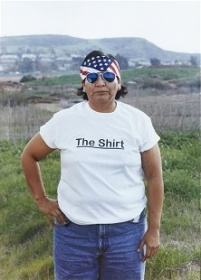 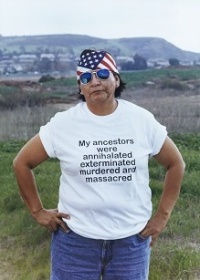 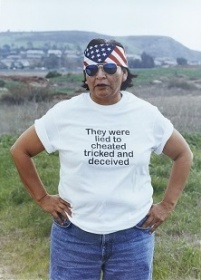 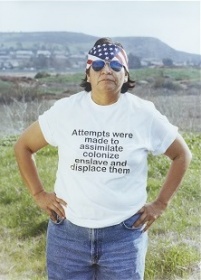 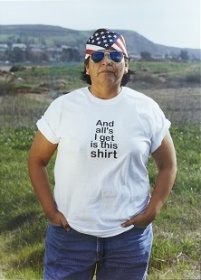 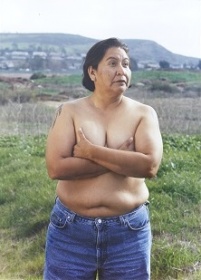 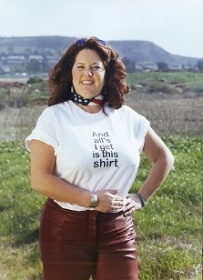 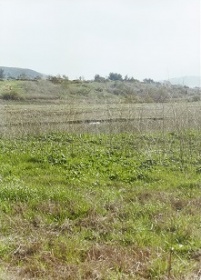 You see this in The Shirt, which serves as a critique of colonialism in the style of souvenir T-shirt slogans. With sensitivity and wit, Niro retells a violent history and delivers a powerful commentary on the relationship to land and land rights.

Niro illustrates the story of The Shirt through bold imagery and a striking choice of words that underscore the violence that took place. The powerful images show the progression of the shirt from one frame to the next until the Indigenous woman has the shirt literally taken from her back, serving as a metaphor for what the Indigenous people were left with after colonialism. Throughout the series of images, the land is a constant backdrop, emphasizing the relationship between land rights and Indigenous self-determination.

As a Mohawk artist, Niro rejects the clichéd interpretations of Indigenous people in the media by putting those she knows and loves in her work. The two people we see in this piece are artist and friend of Shelley, Hulleah J. Tsinhnahjinnie, and Veronica Passalacqua – Tsinhnahjinnie’s real-life wife.

Join us for the world premiere of Shelley Niro’s new feature film The Incredible 25th Year of Mitzi Bearclaw on Friday, February 22 at 7 pm. The film tells the story of a young woman whose journey takes her from an urban area to the (fictional reserve) Owl Island, to help her father care for her mother. Tickets for the film are available now on our website.

Want more? Listen in as Niro describes her artwork in her own words.

The Shirt is on view on Level 2 of the AGO in the J.S. McLean Centre for Indigenous & Canadian Art and is included in General Admission.