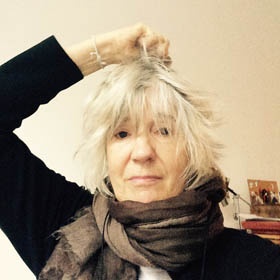 Ursula Schulz-Dornburg was born 1938 in Berlin and lives and works in Dusseldorf. Since the end of the 1960s, the house as a fundamental fact of human existence has been central to her work. She has travelled from the secret village of Kurchatov, Kazakhstan to the Hejaz railway in Saudi Arabia, from Kronstadt, Russia to Armenia and the border of Georgia and Azerbaijan to Iraq and Syria, in order to photograph the intertwining relationship between industrial and architectural structures, land and humans. Her work captures the historical and political importance of architecture and its destruction within the last century. Schulz-Dornburg’s work is a critical exploration of the construction of power and its impermanence, and has recently been included in exhibitions at the Tate Modern in London and Giorgio Mastinu Gallery in Venice. 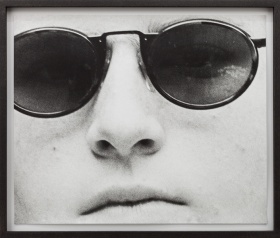 Talia Chetrit was born in Washington, DC in 1982, and lives and works in New York. Chetrit’s work focuses on the human body—often her own—as a starting point to examine how images are constructed to support different agendas and interpretations of reality. After beginning her practice with an exploration of the manipulative nature of photography, Chetrit is increasingly interested in the relationship the camera has with the subject matter it documents. Her work has recently been featured in group exhibitions at the Whitney Museum of American Art and Sculpture Center in New York, Palais de Tokyo in Paris, Studio Voltaire in London and LACMA in Los Angeles. 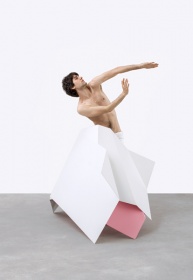 Jimmy Robert was born in Guadeloupe in 1975 and currently lives and works in Bucharest. His multidisciplinary practice encompasses performance, photography, film, video and drawing. Robert typically uses photography as a starting point for his works on paper, breaking down the divisions between two and three dimensions, as well as image and object. In some works Robert uses found photographs that he tears, collages, tapes and crumples before digitally scanning them and pinning them to the wall. In other works, Robert takes new photographs in his studio and crams them into wooden boxes or arranges them on the gallery floor. His sculptures similarly give the illusion of paper forms and often play with notions of value and durability. Integrated within his photographic and sculpture practice, performance remains a central part of Robert’s work. His dance and performance works also oscillate between image and objecthood as well as the personal and the political. 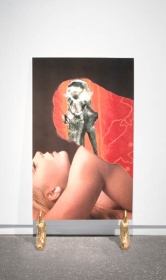 Elizabeth Zvonar works in a variety of mediums, including collage, sculpture and photography. Her collages are created from a variety of sources, from fashion magazines to art history and science textbooks, they are then scanned and reproduced as glossy photographs while keeping the rips and cuts of the original collage. Zvonar’s images explore the conflicting meanings that exist within Western media, playing with inherent hypocrisies in the media’s depictions of women, consumerism and history. In her sculpture, she uses a variety of materials including porcelain, cement and bronze to cast body parts and pieces of clothing. These body parts are then assembled and re-contextualized with a similarly collage-like approach. The materials and forms suggest luxury objects but the strange juxtapositions are designed to unsettle the viewer and offer alternate possibilities of purpose and interpretation.

Elizabeth Zvonar, The Spectre The Serpent The Ghost The Thing, 2013. Courtesy of the artist and Photo credit: Jennifer Rose Sciarrino 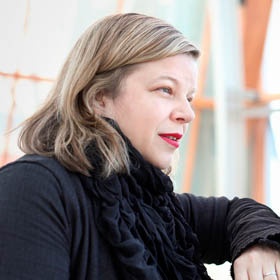 Kitty Scott was the Carol and Morton Rapp Curator of Modern and Contemporary Art at the Art Gallery of Ontario, Canada. Previously she was Director of Visual Arts at The Banff Centre, Canada; Chief Curator at the Serpentine Gallery, UK; and Curator of Contemporary Art at the National Gallery of Canada. Scott’s extensive resume includes exhibitions of artists such as Francis Alÿs, Stephen Andrews, Janet Cardiff, Paul Chan, Peter Doig, Janice Kerbel, Ragnar Kjartansson, Ken Lum, Scott McFarland, Silke Otto- Knapp, Frances Stark and Ron Terada. She will co-curate the Liverpool Biennale in 2018, curate Geoffrey Farmer’s exhibition for Canada at the 2017 Venice Biennale and was a core agent for Germany’s dOCUMENTA (13) in 2012. Scott has written extensively on contemporary art for catalogues, books and journals and edited the publication Raising Frankenstein: Curatorial Education and Its Discontents (2010). She regularly lectures at art schools and curatorial programs throughout North America. 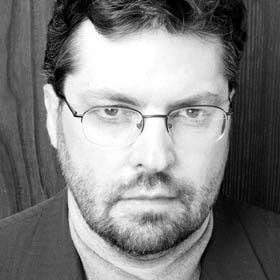 Russell Ferguson is a Professor in the Department of Art, University of California, Los Angeles. From 2001 until 2007 he was Deputy Director for Exhibitions and Programs and Chief Curator, at the Hammer Museum, Los Angeles, where he remained an adjunct curator until 2015. He has organized many exhibitions: at the Hammer, these include The Undiscovered Country (2004), a survey of various approaches to representation in painting, and Perfect Likeness: Photography and Composition (2015), as well as solo exhibitions by Larry Johnson (2009), Francis Alÿs (2007) and Christian Marclay (2003). At the Museum of Contemporary Art, Los Angeles, he organized In Memory of My Feelings: Frank O’Hara and American Art in 1999, an exploration of the circle of artists that revolved around the poet, as well as survey exhibitions of the work of Liz Larner and Douglas Gordon, both in 2001. With Kerry Brougher, he organized Open City: Street Photographs Since 1950 (2001) for The Museum of Modern Art, Oxford. Ferguson is the editor of two collections of critical writing: Discourses: Conversations in Postmodern Art and Culture, and Out There: Marginalization and Contemporary Cultures, both published by the MIT Press. 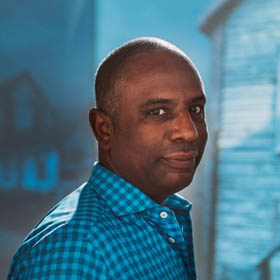 Since the late 1980s, Stan Douglas has created films, photographs, installations and multimedia works that utilize both analog and digital technologies to present complex reimagined narratives that pertain to particular locations or past events. Over the past decade, Douglas’ work has been the subject of solo exhibitions at prominent institutions worldwide, including Salzburger Kunstverein, Salzburg; Wiels Centre d’Art Contemporain, Brussels; Irish Museum of Modern Art, Dublin; Museu Coleção Berardo, Lisbon; Nikolaj Kunsthal, Copenhagen and Canadian Cultural Centre, Paris, among others. Douglas has been the recipient of notable awards, including the Hasselblad Foundation International Award in Photography (2016); the third annual Scotiabank Photography Award (2013); and the Infinity Award from the International Center of Photography, New York (2012). Major museum collections that hold works by the artist include the Art Gallery of Ontario, Toronto; Centre Georges Pompidou, Paris; Los Angeles County Museum of Art; Museum of Contemporary Art Chicago; The Museum of Modern Art, New York; National Gallery of Canada, Ottawa; San Francisco Museum of Modern Art; Solomon R. Guggenheim Museum, New York; Tate Gallery, London; and the Walker Art Center, Minneapolis, Minnesota. Douglas was born in 1960 in Vancouver, where he continues to live and work.