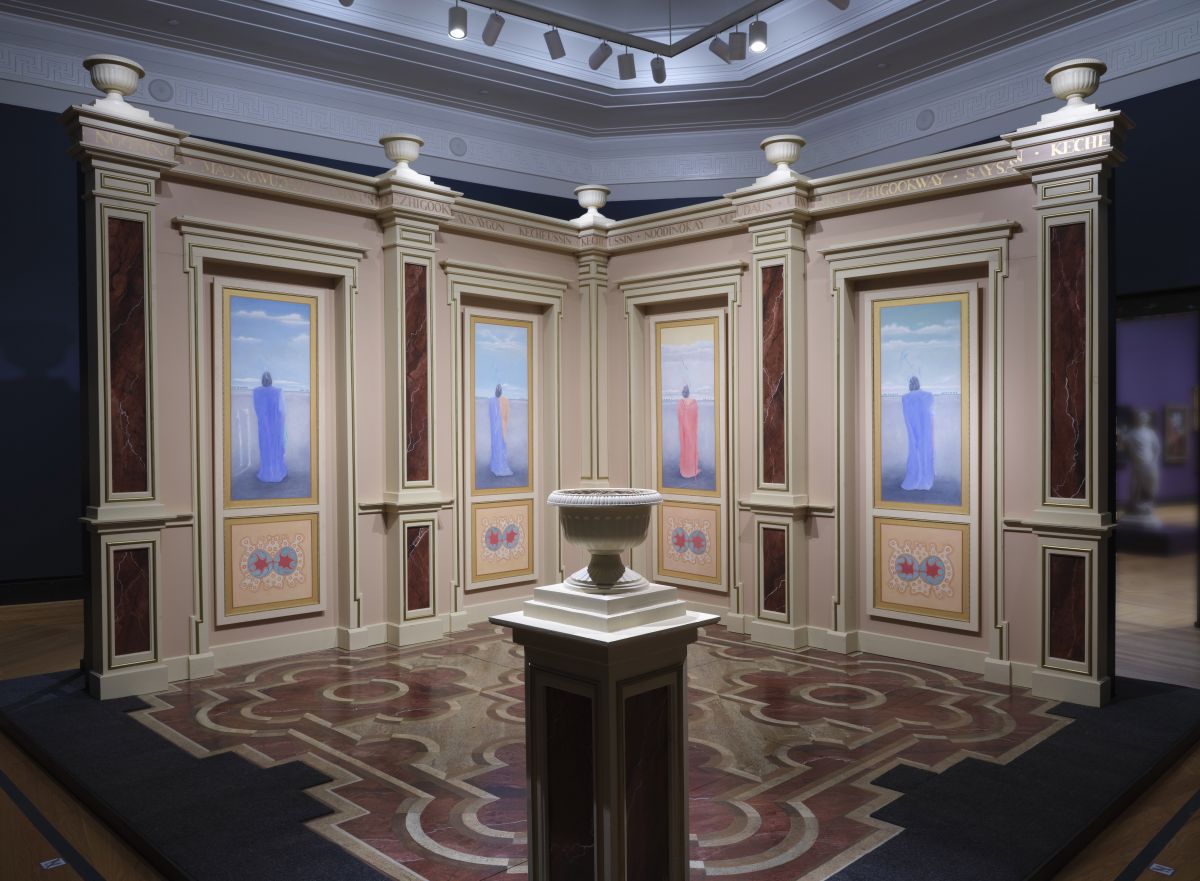 Located on the first floor in gallery 115.

As part of the exhibition Robert Houle: Red is Beautiful, a selection of works by Robert Houle including Paris/Ojibwa, as well as works by Eugène Delacroix, are on view in Gallery 115 as of October 23, 2021.

The AGO is built on Michi Saagiig Nishnaabeg land, which has been home to Indigenous peoples for thousands of years. In 1845 a group of Michi Saagiig performers travelled to Paris. There, they performed for King Louis-Phillippe I of France and made a profound impression on the city's painters and poets, who represented the performers in their visual and written work.

In this multimedia installation, artist Robert Houle figuratively brings the performers home. A warrior, a dancer, a healer, and a shaman are featured in the paintings that adorn the walls of this faux Parisian Salon. These figures are represented as facing east; they look away from the cold marble floor where moccasin-clad feet once danced. Contemporary powwow is juxtaposed with the staid salon through the sound of present-day Blackfoot group Kicking Woman Singers and a reimagined jingle dress dance, brought to life in the accompanying video.

Houle examined Eugène Delacroix’s studies of the Michi Saagiig dancers, which are part of a Western history of looking at Indigenous peoples. In contrast, Houle centres Anishinaabe history and creates a healing image of survivance.

Commissioned by Houle, a digitally animated video entitled uhnemekeka (2010) was created by Hervé Dagois and is a component of Houle’s Paris/Ojibwa installation. The video depicts figures emerging from the landscape to perform a jingle dress dance around a column. 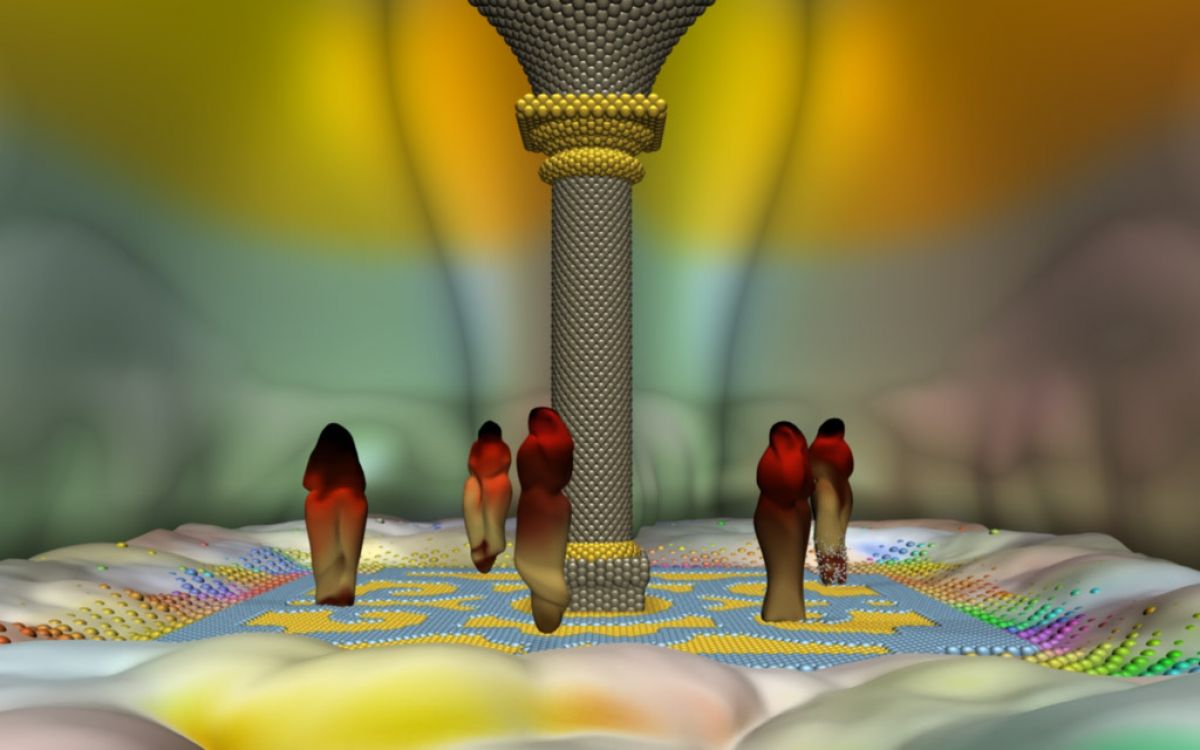