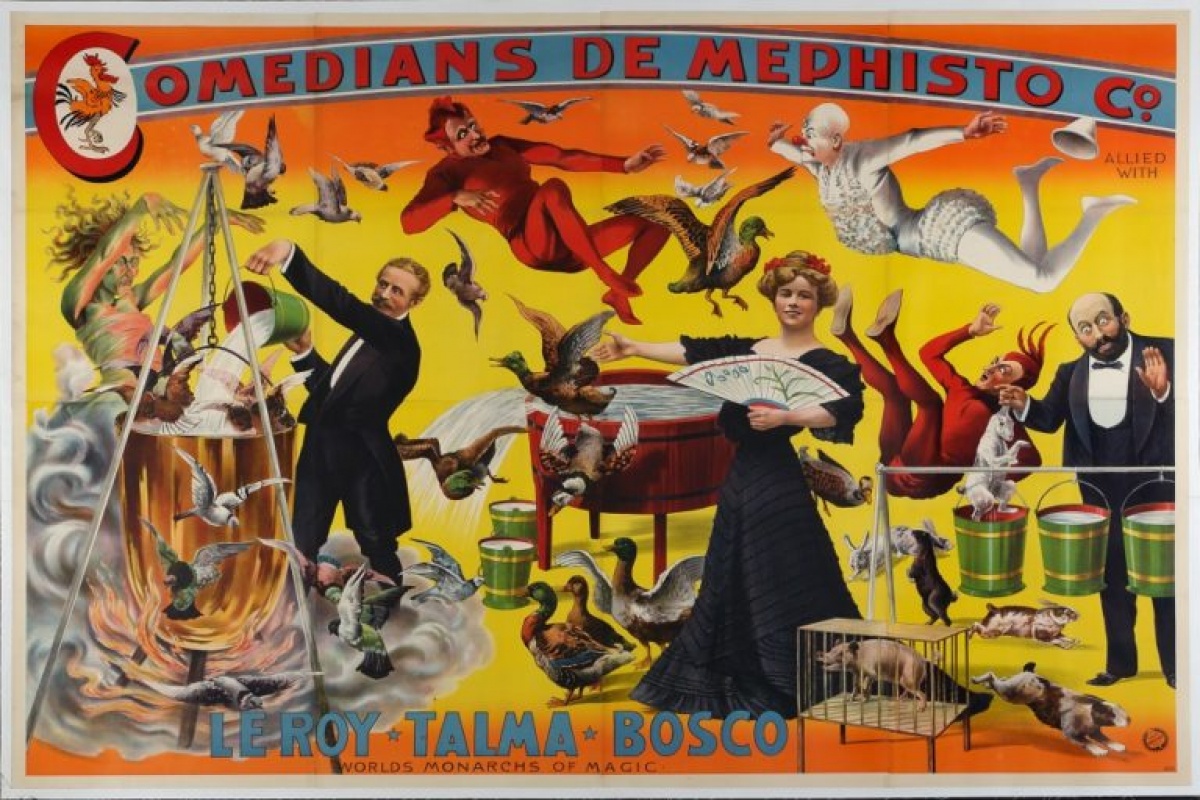 Step back in time and prepare to be amazed as the Golden Age of Magic comes to life once again in Toronto through our upcoming exhibition, Illusions: The Art of Magic, opening in February 2020.

Renowned for their daring escapes, death-defying feats, and incredible powers of levitation and mentalism, magicians of the late 19th and early 20th centuries were show business pioneers. They showcased themselves and their powers through illustrated advertisements ranging in scale from playbills to wall-sized posters. Among the first artists to tour internationally, magicians promoted themselves at every stop along the way, including in Toronto.

The era of magic lives on in the whimsical and fantastical advertisements created for its biggest celebrities, revealing insights into the era’s fascination with spiritualism, the occult, Asia and the changing role of women. Featuring 55 rare posters from the Allan Slaight Collection of the McCord Museum, Montreal, as well as photographs, films, documents, autographs, and objects belonging to the legendary Harry Houdini, Illusions: The Art of Magic reflects fascinations of the era in vivid colour.

Originally curated by Christian Vachon, Curator of Paintings, Prints and Drawings of the McCord Museum, and guest curated by Toronto magician and historian David Ben, Illusions: The Art of Magic introduces visitors to the leading performers from the Golden Age of Magic, including Adelaide Herrmann, the only female magician of her time to perform the “bullet catch”; Howard Thurston, master of levitation; American conjuror Chung Ling Soo; and the most renowned of them all, Harry Houdini.

A published author, traveling performer, silent film star and consummate self-promoter, the most celebrated magician of the Golden Age was Harry Houdini. Through posters that chart the evolution of his act from card manipulation and handcuff escapes to his infamous death defying feats, as well as books he authored and props he used, including one of his strait jackets, the exhibition reveals Houdini’s mastery of the art form.

Acquired by the McCord Museum thanks to La Fondation Emmanuelle Gattuso, the Allan Slaight Collection is one of the world’s largest collections of rare magic posters comprising more than 600 posters and more 1,000 documents and rare books. The collection was named in honour of the Canadian businessman and magic enthusiast Allan Slaight.

Opening in the AGO’s Sam & Ayala Zacks Pavillion on February 22, 2020, Illusions: The Art of Magic is free for AGO Members, AGO Annual Pass holders and visitors 25 years and under.

Annual Passes provide unlimited admission for an entire year for only $35, including the AGO Collection and all special exhibitions. For more details about the Annual Pass or to become a Member, visit ago.ca.