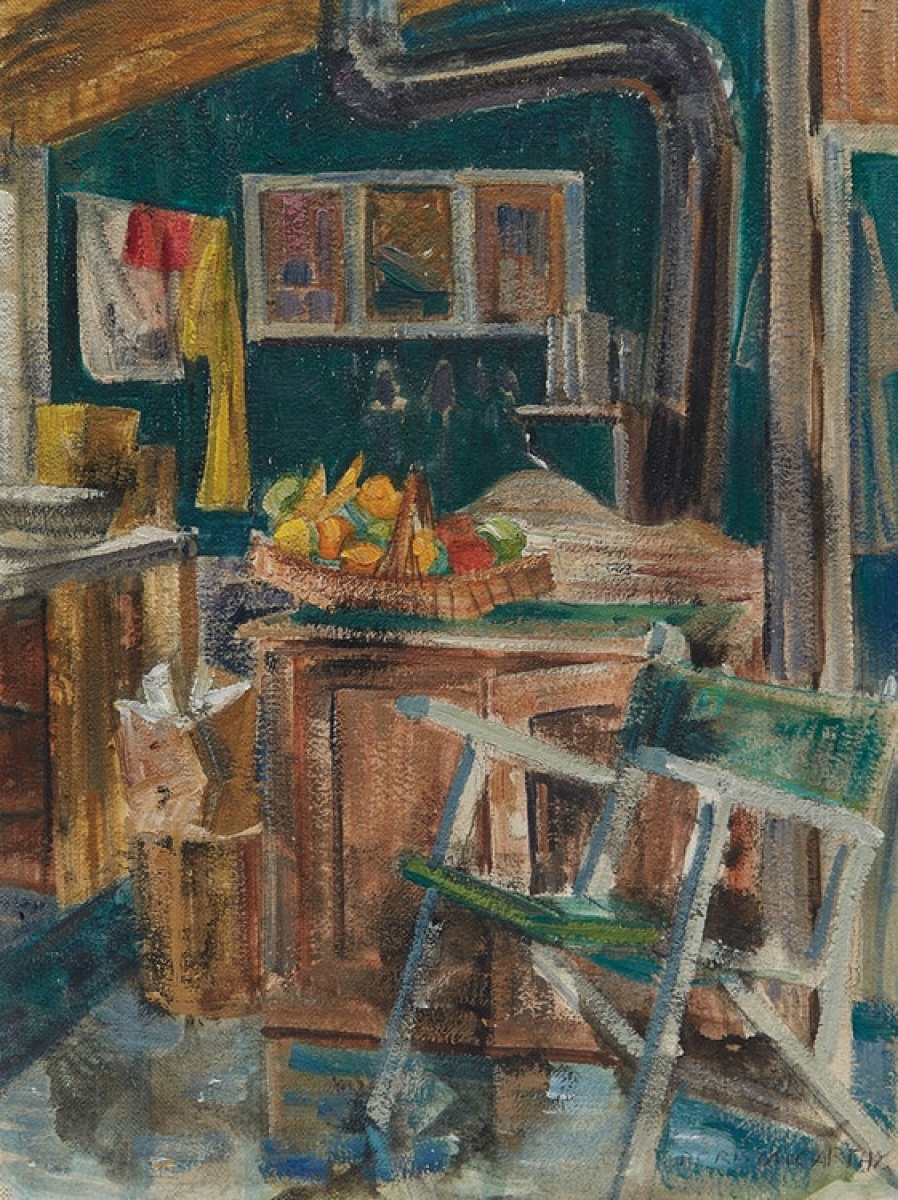 In a world of information overload and in a time when many of us have become heavily dependent on our screens and the technology at our fingertips, going off-the-grid is very appealing. In 1959, Canadian landscape painter Doris McCarthy knew a retreat from the hustle and bustle of every day was just the antidote needed to concentrate on her paintings.

Doris McCarthy was born in Calgary in 1910 and raised in Toronto. She studied at the Ontario College of Art in the 1920s with artists including Arthur Lismer and J.E.H. MacDonald. She would later teach Joyce Wieland and Harold Klunder at Toronto’s Central Technical School. During her lifetime, she ventured across Canada and abroad spending time painting landscapes far and wide.

Among the many subjects of McCarthy’s paintings was the Knothole. A beloved cottage on Georgian Bay, the Knothole was a rustic retreat where she would spend time painting her surroundings, focused solely on her work. Recently acquired by the AGO, Kitchen of the Knothole captures the hub of activity central to the humble cottage. The dynamic scene captures the serene yet stimulating space within which McCarthy would work. In view, we see a stovepipe reaching dynamically to the ceiling, while a countertop crowded with dishware and a large bowl brimming with fruit add to the contented energy of the space she cherished. A secluded escape for the artist presents an inviting scene to viewers, offering an intimate look into the world of Doris McCarthy.

Today, McCarthy is celebrated for her long and distinguished 70-year career as a landscape painter. Following her retirement after 40 years of teaching, she took her first trip to the Canadian Arctic where she fell in love with Northern Canada. The icebergs of the North would later become some of her best-known works.

You can see Kitchen of the Knothole in the J.S. McLean Centre for Indigenous and Canadian Art this fall.