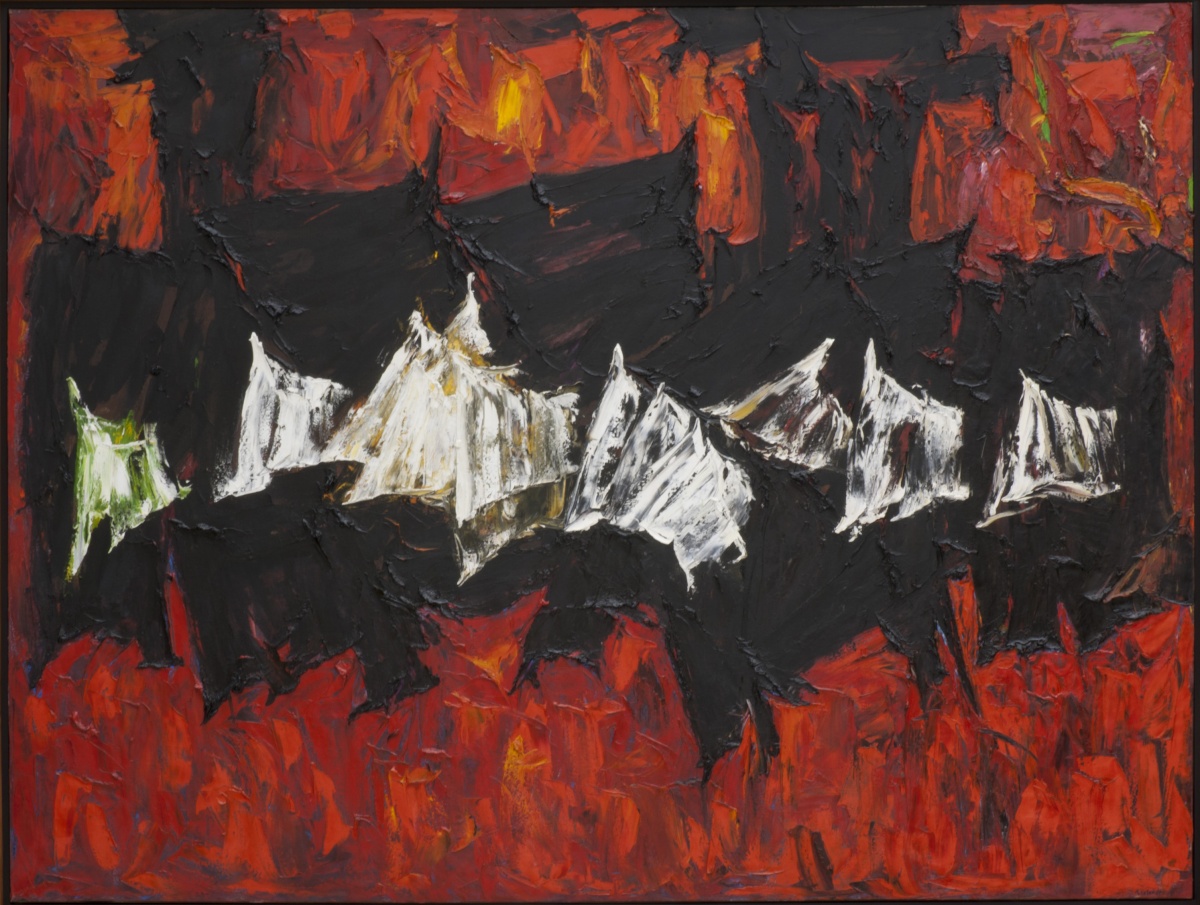 Every research project attempts to shine new light on a question, but when conservators from the AGO and the Canadian Conservation Institute set out to better understand how to preserve Rita Letendre’s famed experimental oil paintings, only Canada’s most powerful flashlight would do.

The project itself began back in 2017. The AGO was preparing to celebrate the career of acclaimed artist Rita Letendre with a retrospective entitled Rita Letendre: Fire & Light. Renowned for her bold abstract paintings, the AGO is home to several of her works, including Méduse (1960) and Victoire (1961). 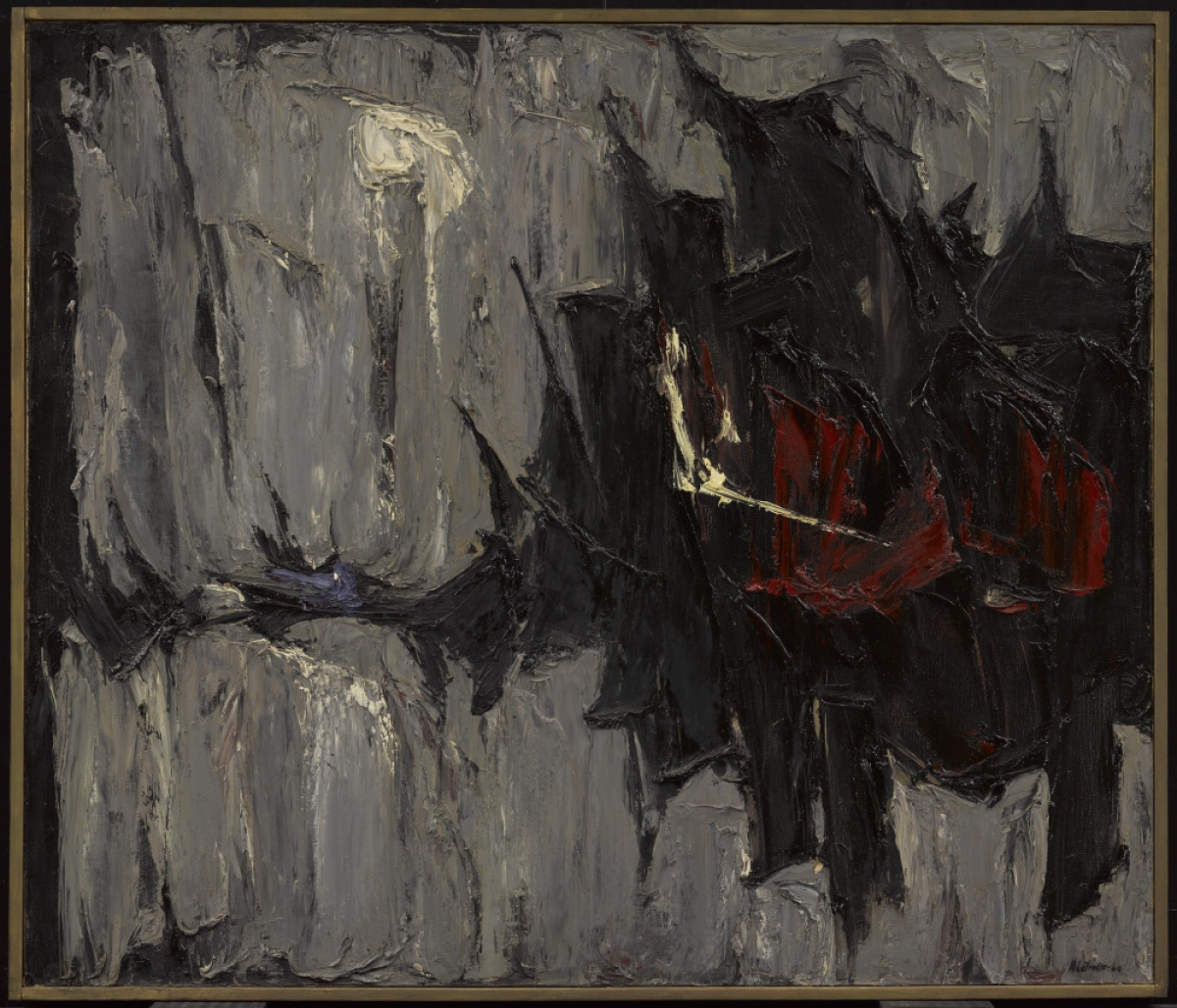 In preparation for the exhibition, Meaghan Monaghan, a paintings conservator from the AGO’s Michael and Sonja Koerner Centre for Conservation, was examining the artworks. That’s when she noticed that several of Letendre’s oil paintings from the 1950s and '60s were showing similar issues – signs of uneven gloss and patchiness, in some cases a build-up of efflorescence (snowy crystalline structures on the surface). In several places, paint was cracked and lifting.

Monaghan knew that these issues – while concerning – were not uncommon in mid-century paintings, due to the experimental techniques many artists employed and the additives paint manufacturers had begun to use. In conversation with curators and conservators about the preservation and conservation of her work, Letendre made clear how important an even gloss across the surface was to her artwork and the philosophical importance of the colour black in her paintings.

In order to better preserve these works, and eager to understand the chemical  basis of the problem, the AGO conservation team joined forces with Senior Conservation Scientist Kate Helwig and her team at the Canadian Conservation Institute (CCI) in Ottawa. Using microscopic samples taken from three Letendre works in the AGO Collection, the team used a variety of analytical techniques to better understand what was happening on the surface of the paintings.

The team then reached out to their colleagues at the Canadian Light Source lab at the University of Saskatchewan. Home to a powerful synchrotron light source – literally the most powerful flashlight in Canada – the lab conducted infrared chemical mapping of select paint samples.

“The world of modern paint research is complicated; each painting is unique…” said Helwig. “The work done at the CLS was particularly important because it allowed us to map the distribution of materials throughout a paint layer, such as an impasto stroke.”

The initial results of this research, recently published in the journal Studies in Conservation, have revealed multiple new discoveries. For example, samples taken from Méduse revealed aluminum stearate, a paint additive, throughout its paint layers. This painting showed areas of soft, incompletely dried paint, likely due to the high concentration and incomplete mixing of this additive.

The painting Victoire had a crumbling base paint layer in some areas and cracking and efflorescence at the surface in others. Infrared mapping at the CLS allowed the team to determine that excess free fatty acids in the paint were linked to both problems; where the fatty acids were found at the base, they formed what conservators called zinc “soaps” which led to crumbling and cracking, and where they had moved to the surface they had crystallized, causing the snowflake-like efflorescence.

In the short term, Monaghan has performed treatment on Victoire, removing the snow-flake efflorescence on its surface and restoring its black paint to its intended even finish. But it is possible that these conditions could reoccur.

“Understanding, as we do now, the chemistry of the paint and how the materials are changing over time,” said Monaghan, “goes a long way to ensuring we are prepared to best preserve Letendre’s paintings now and for future generations.”

Stay tuned to AGOinsider for more conservation and art news!