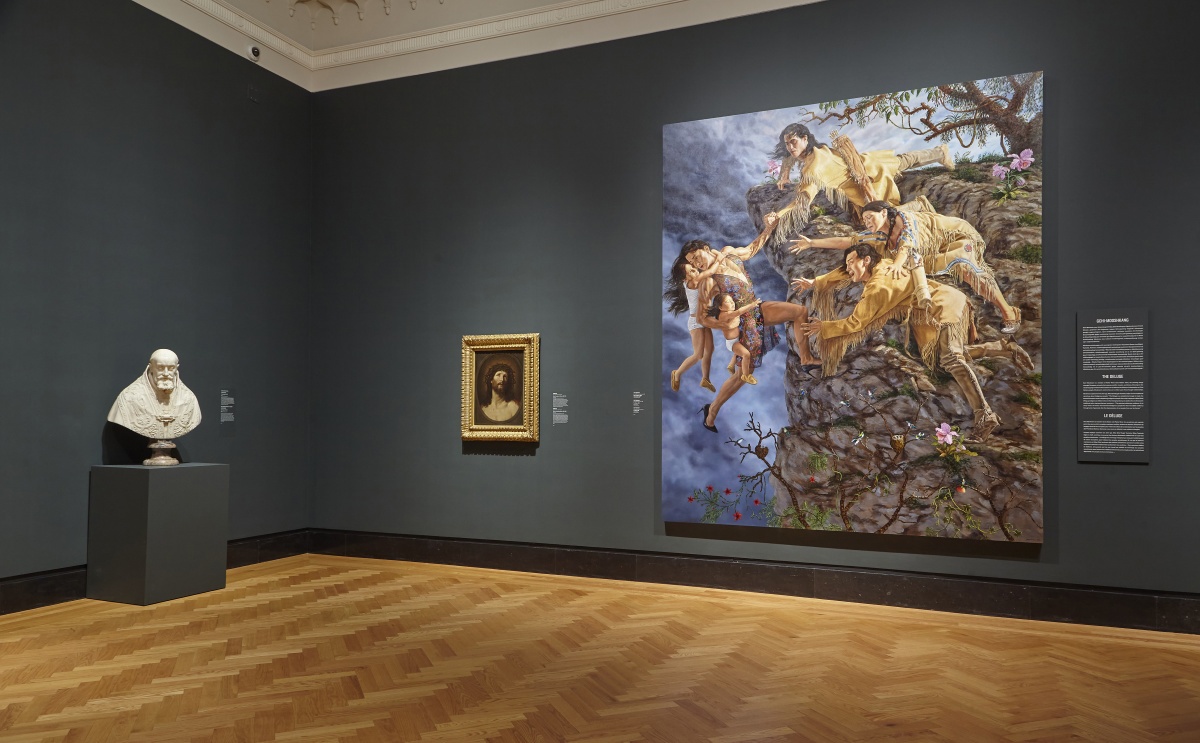 Famed for recasting popular figures and scenes from art history with Indigenous peoples and perspectives, Ontario-born Cree artist Kent Monkman is no stranger to the AGO. In last week's AGOinsider, we delved into the recent exhibition European Art on First Nations Land, featuring Monkman’s sweeping group portrait, The Academy (2008).

AGO visitors to that dynamic exhibition are in for a treat when, from the vantage point of Leonard Rotunda, they can see a second Monkman painting. On view in the Walter C. Laidlaw Gallery through February, hung amidst several dramatic 17th-century Southern Baroque paintings, Monkman’s The Deluge (2019) is both a fitting complement and dramatic intervention.

Recasting the story of the Biblical flood, as told in the Book of Genesis, into an account of colonization and Indigenous resilience, Monkman centres his own gender-fluid  Miss Chief Eagle Testickle, in a struggle to lift Indigenous children over the top of a cliff, and away from the implied tide of white settlers. As in previous works, Monkman here pulls references from a myriad of sources – some from art history, some contemporary – to add new perspective and meaning to a traditional Western story.

“The Deluge is a metaphorical image to imply the flood of European settlers displacing Indigenous people,” says Monkman. “But what it depicts is Miss Chief lifting up Indigenous children who are then being handed up to adults who are clinging to a rock. These adults are dressed in traditional attire representing our ancestors.”

On loan from a private collection in Canada, Monkman’s painting features many of the same Baroque attributes of its neighbouring paintings – including a strong diagonal composition and bold contrasts of light and dark. But look closely: Miss Chief Eagle Testickle’s surprisingly fashion-forward outfit is an engaging contemporary juxtaposition. Her dress is in fact an homage to the collaboration between Métis artist Christi Belcourt and Italian fashion house Valentino, which in 2016 created a line of couture dresses based on Belcourt’s iconic paintings. 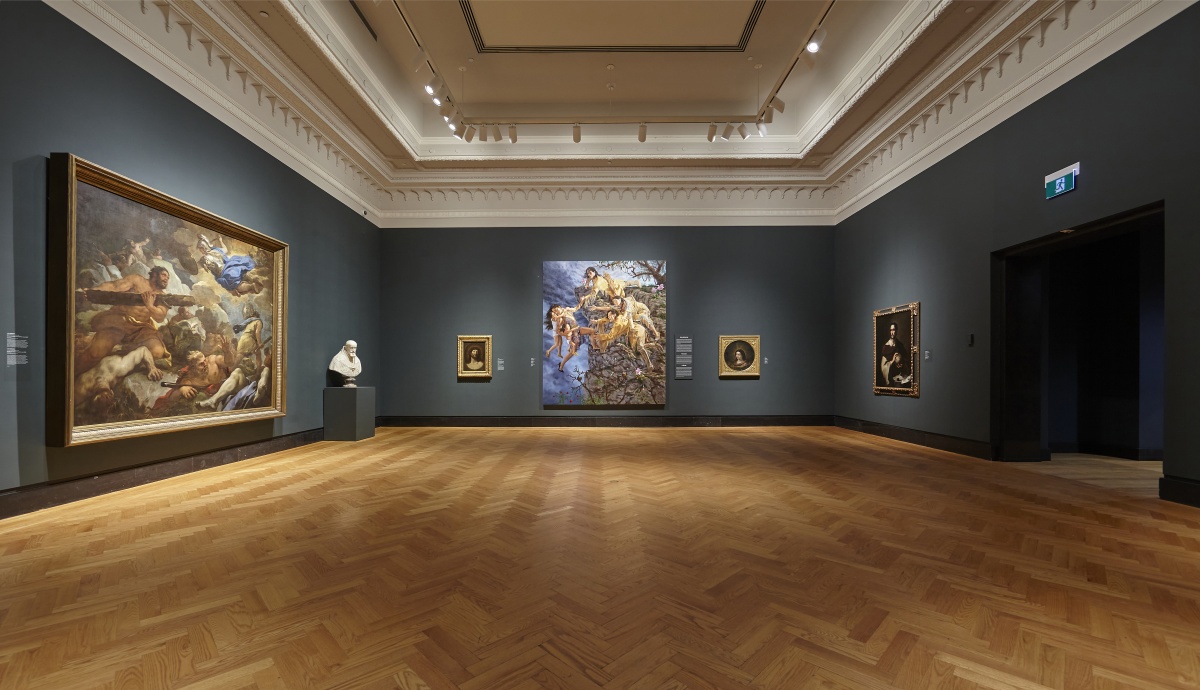 “The presence of The Deluge in the AGO’s European galleries invites us to reflect on the history of settler colonialism and its continued impact,” says Caroline Shields, AGO Associate Curator and Head of European Art. “Monkman’s work helps us to understand this reality as an integral part of the history of European art.”

Hanging near Monkman’s painting is another epically-scaled landscape, Luca Giordano’s Battle of the Gods and Giants (1692). Made centuries apart, these two works are a welcome reminder of the power of art to express timeless tales of struggle and resilience.

For the latest insights and news about exhibitions and artworks at the AGO, be sure to sign up for AGOinsider.