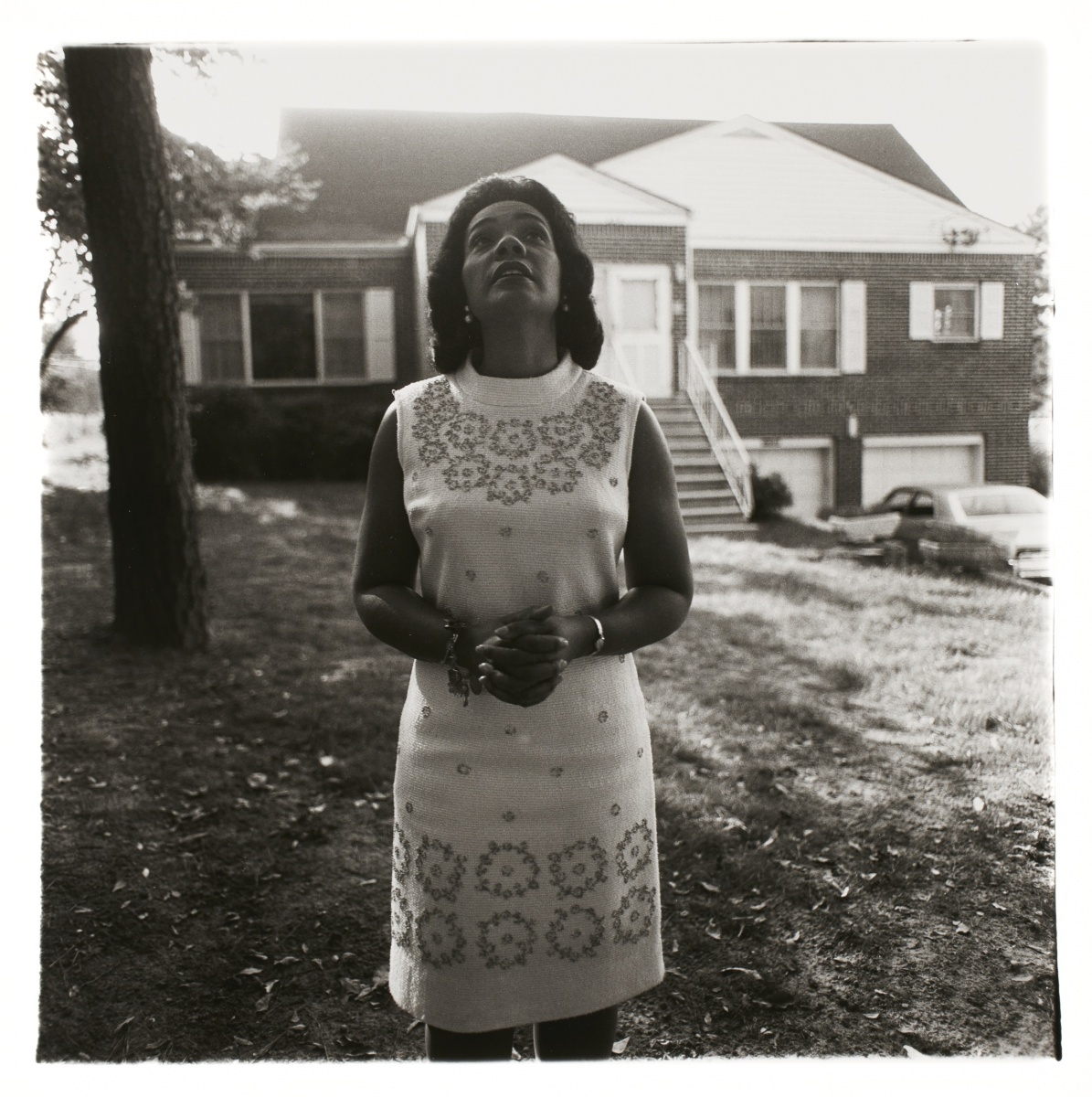 Diane Arbus made many portraits of those marginalized by conventional society. But she also photographed many well-known figures, producing images that often seemed in stark contrast to the subject’s public persona. This is evident in Arbus’s editorial photography and writing, featured in major publications throughout her career, including Esquire and Harper’s Bazaar. Actors, musicians, artists and activists are among the famed who stood in front of her camera, yielding distinctive, often iconic, results.

It was just five days after her husband’s assassination in 1968, on the day of his funeral, that Coretta Scott King was visited by Arbus, on assignment for Harper’s Bazaar. Scott King posed in the front yard of her Atlanta home. She stands, rooted like the tree beside her, looking up at the bright sky, hands clasped as though in prayer. The photograph was published in Harper’s Bazaar in December of that year, along with a poem by Paul Engle.

Two years earlier, Arbus joined her elder daughter, Doon (a freelance journalist), on assignment for New York, the Sunday magazine of the New York Herald Tribune, and found herself in the home of “the Godfather of Soul,”James Brown. The “hardest working man in show business” was known for his flare and showmanship on stage, but Arbus photographed him in a private moment: having his hair done in the kitchen of his Queens, New York home. This portrait was published in March 1966 alongside one of the first profiles of the soul singer, marking his debut at Madison Square Garden. 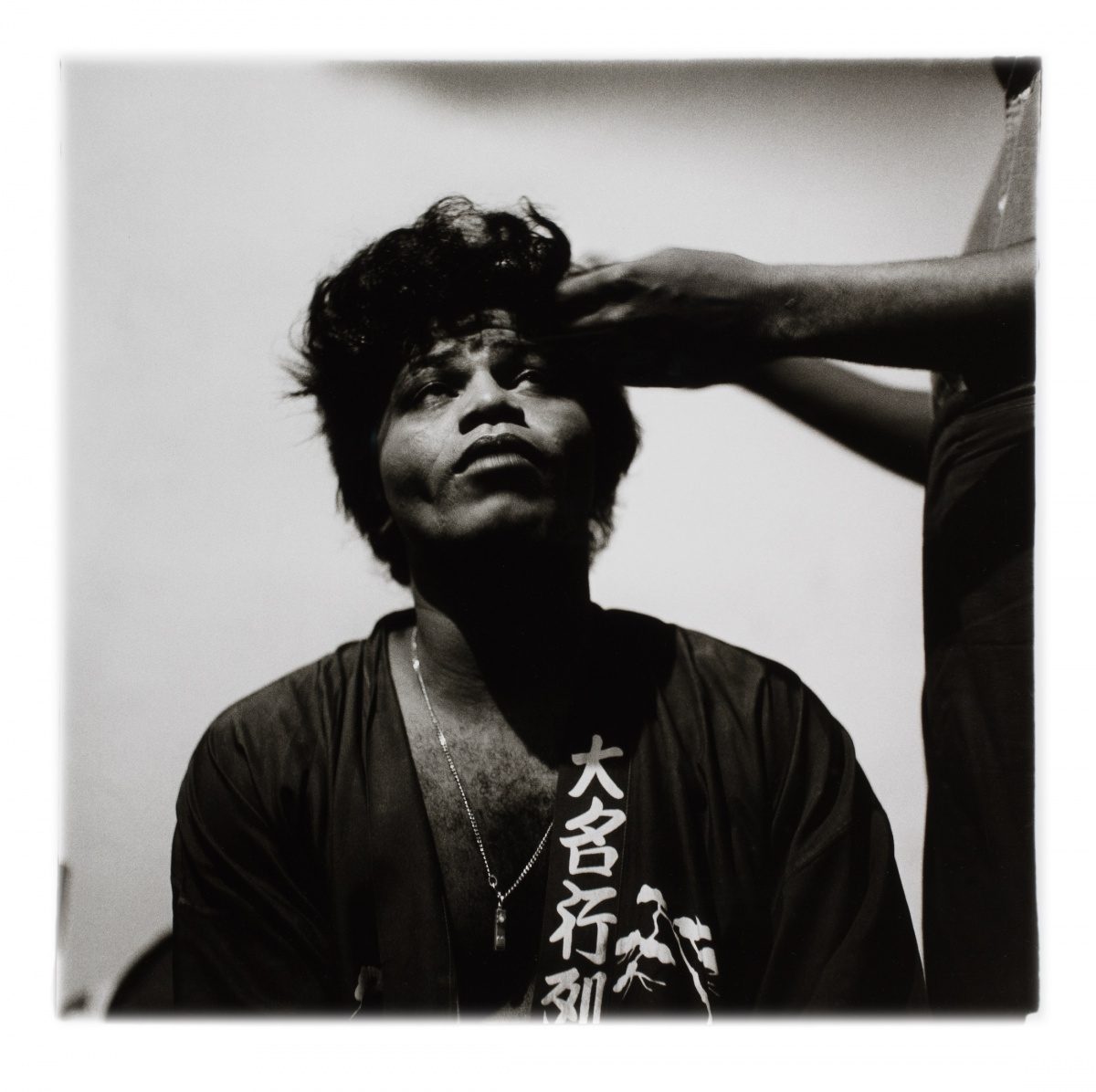 Arbus’s photography assignments for major publications are an important part of her legacy. While her distinctive style may initially have prompted magazines to hire her as a portraitist, it eventually became something of a disadvantage: celebrities were often reluctant to submit themselves to a photographer who was unwilling—perhaps even unable—to flatter or glamorize them.