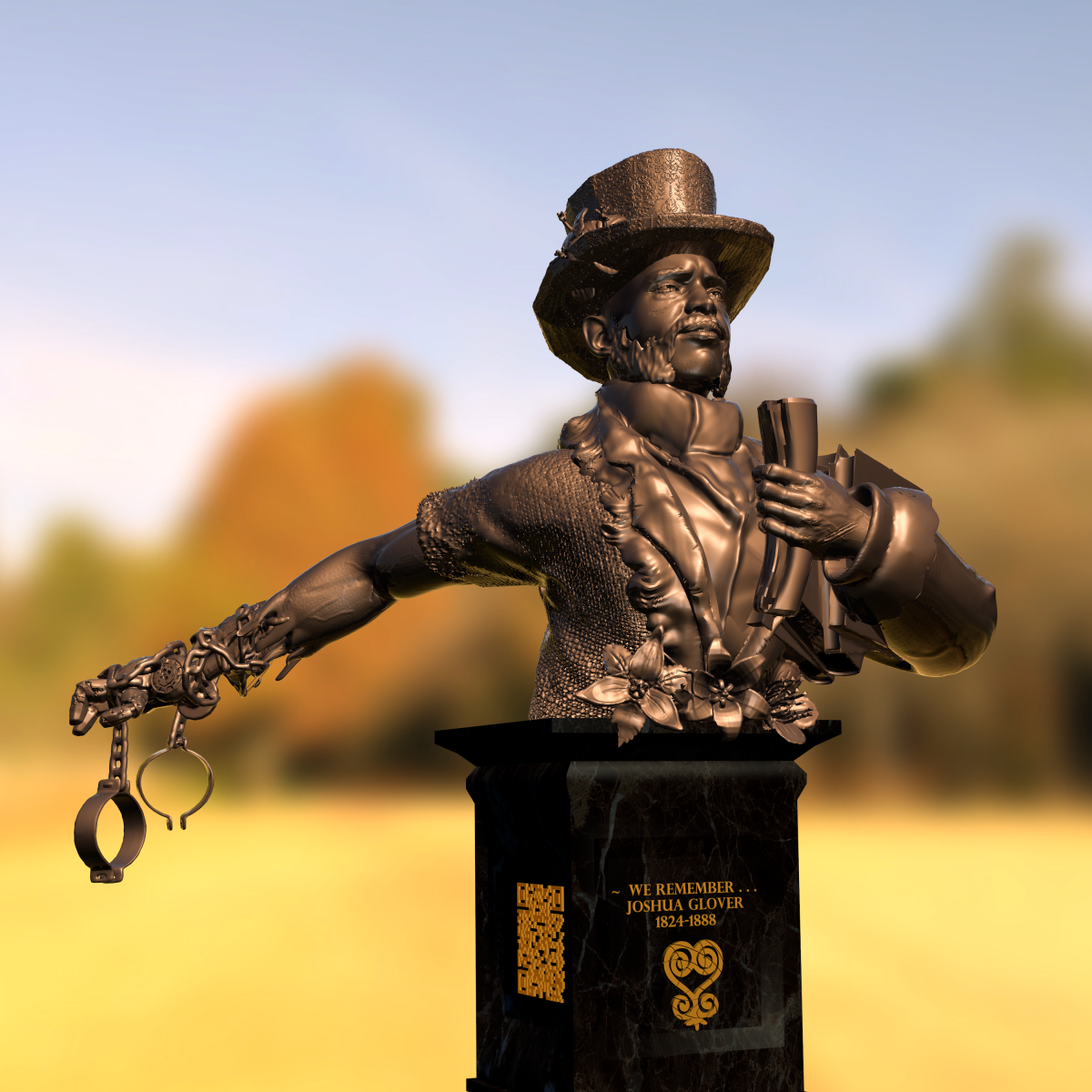 The City of Toronto recently unveiled a memorial sculpture that will honour the Black Canadian historical figure, Joshua Glover. The designer of the sculpture was chosen through a city-wide competition, inviting artists to submit design proposals. We caught up with Toronto artist and winner of the competition, Quentin VerCetty, to chat about his unique, afrofuturism-inspired design, as well as the importance of Black stories in Canadian history.

Insider: Can you share who Joshua Glover was, and what his story means to you personally?

VerCetty: Joshua Glover was an African man who had endured enslavement in St. Louis, Missouri in the United States of America during the 18th century. Glover, at some point during his enslavement, heard the voices of his African ancestors reminding him who he was and he decided to escape from his bondage. He was eventually caught in Wisconsin, due to the Fugitive Slave Act. While jailed, waiting to be sent back to where he had escaped, a group of abolitionists helped to get him out, sending him to Ontario where he then found his way to Etobicoke (before it was amalgamated as part of the City of Toronto). While in Canada he endured, and overcame, the racism that existed in the society at the time and became one of the first Black hotel managers at Montgomery's Inn. He was also one of the first Black people to have a recognized interracial marriage. 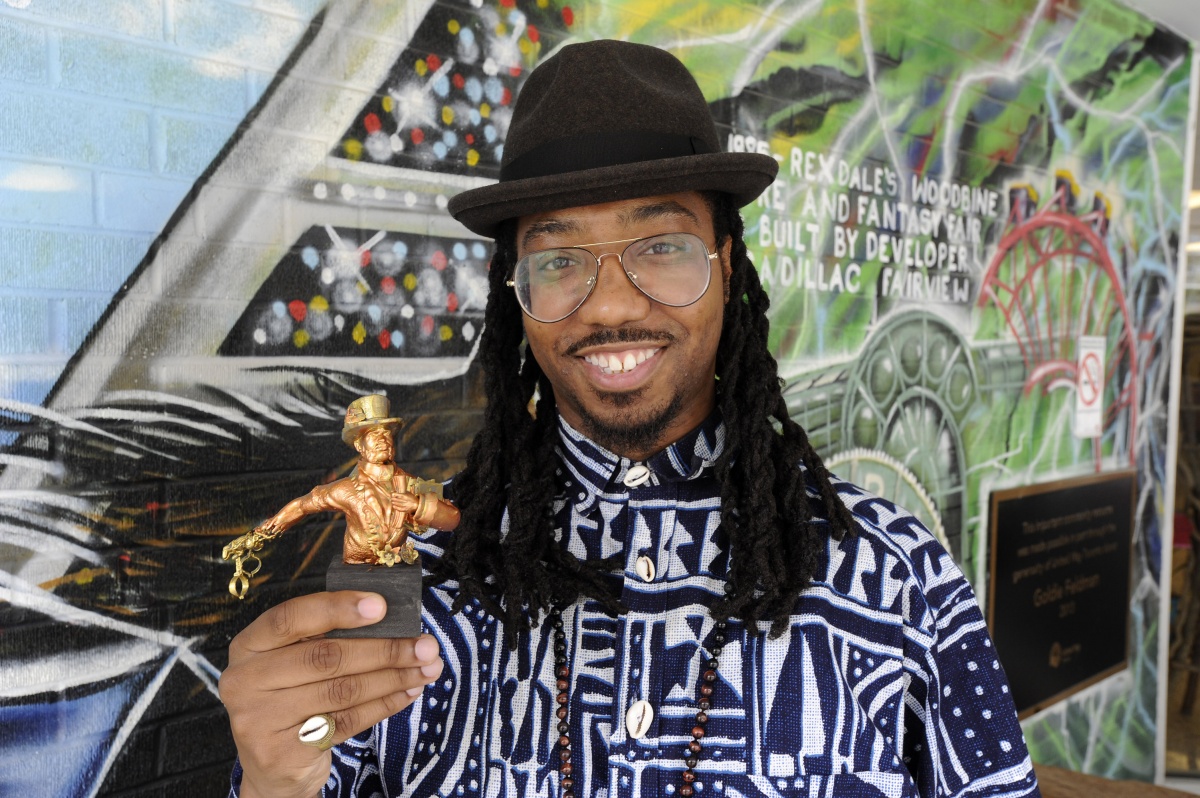 Insider: What was your approach to crafting your design for the contest?

VerCetty: I first heard about the design contest through a friend and then again through a contact from the City of Toronto. My approach was not really thought out much. I literally meditated on if I should create something, and my ancestors told me ‘yes’ in my dream and showed me what the art piece should look like. I designed it right away in a 3-D program as I remembered it. I then wrote down the meaning and all the elements of the design afterward, like the use of the flowers as metaphors for his place of transformation to his posture and the cyborg arm to symbolize his enslavement.

Insider: You've mentioned that the robotic, cyborg elements of your design are inspired by Afrofuturism. In your opinion, what is the value of a futurist lens when telling human stories?

VerCetty: The Afrofuturism element is to connect to the deeper narrative about humanity and to connect Glover's story to the rest of the diaspora and those who had been in different types of bondage even in contemporary times due to the remnant of colonization. Using a science fiction/futurist lens allows for a deeper critique and for multiple messages to be able to come through. Afrofuturism is like a strong hip-hop punchline that performs as a double entendre. The semiotics and speculative lens allow for continuous conversations beyond just being a commentary on the subject's personal story, including commentaries about industrialization, accessibilities and environmental concerns. This lens also helps in deciphering how human stories are not isolated from stories of society and the condition of the Earth and the ways we want to change, are trying to change, are changing and are imaging it.

Insider: Stories of Black history in Canada are still underrepresented in Canadian society. What can artists do to help change this?

VerCetty: After working at the AGO  for more than half a decade and traveling to many of the top galleries and museums in the world, I realize what makes some art worth being preserved and invested in, and others just appreciated for a moment, is how much the artist is creating from an informed and selfless place. Some artists need to focus less on just making art of contemporary celebrities and art just for the times and dig deeper to unearth some of these stories that speak to human experiences that may have not been told yet. Artists have the ability to create real change in society and educate but they can only do so through doing their own research and creating from an informed and genuine place. I think artists need to take up more public space and learn to create for more than just themselves. This, in I and I opinion, is how some of Black history in Canada can get unearthed. The beauty is, one can never run out of material as there are so many stories to be told.