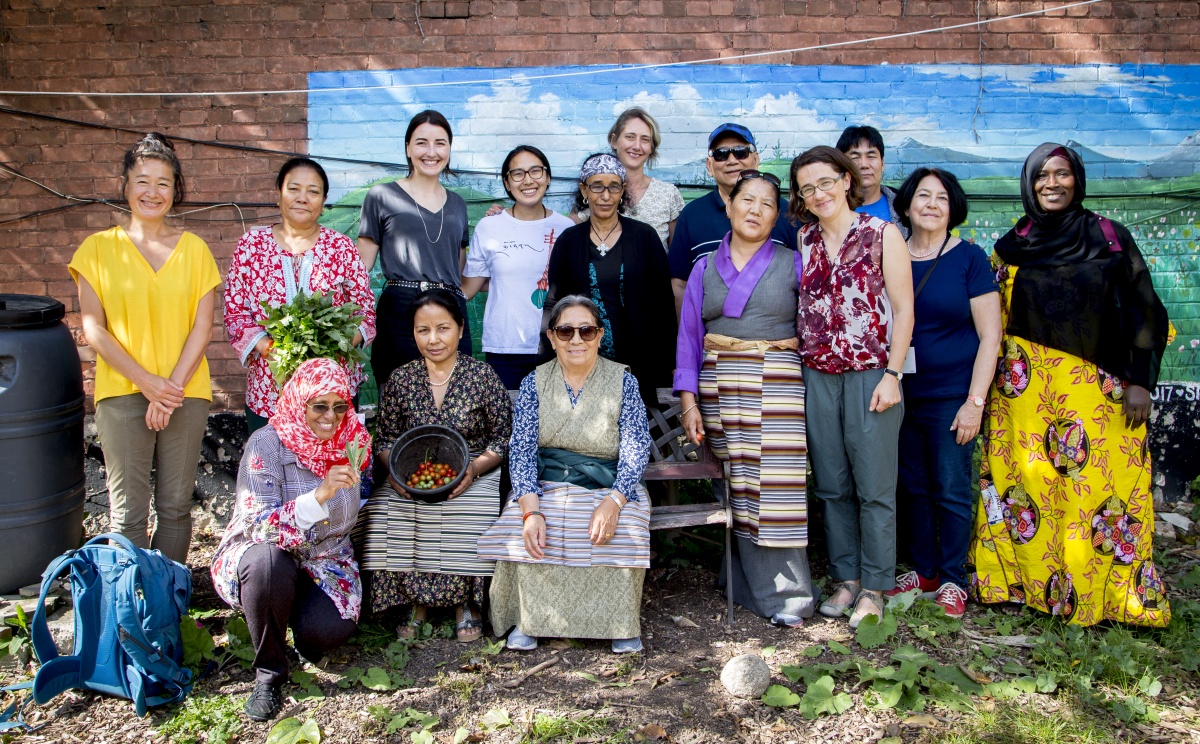 Exploring many of the complex issues of the digital age, Berlin-based artist Hito Steyerl’s works are included in museums and private collections around the world. So you may wonder, why would an internationally renowned artist choose to spend a sunny afternoon in the Milky Way Garden, tucked away in Toronto’s Parkdale neighborhood? For Steyerl, it’s all about exploring the roots that grow a strong community – and it’s also part of the process to create the Toronto version of Freeplots, an artwork in her AGO exhibition Hito Steyerl: This is the future.

Greeting visitors at the entrance of the exhibition, Freeplots is described by Steyerl as a “kind of inquiry or experiment” that she has continued at the AGO in collaboration with a group of mostly Tibetan gardeners who tend to the plots at the Milky Way Garden. With colourful grow lights overhead, the work is composed of a series of planter boxes crafted from wood to resemble shipping crates in the shape of two free ports: Geneva and Panama. Each planter is stamped with quotes from interviews between Steyerl and community gardeners who selected the plant material. Excerpts from these interviews can also be heard in the exhibition as viewers walk from planter to planter. 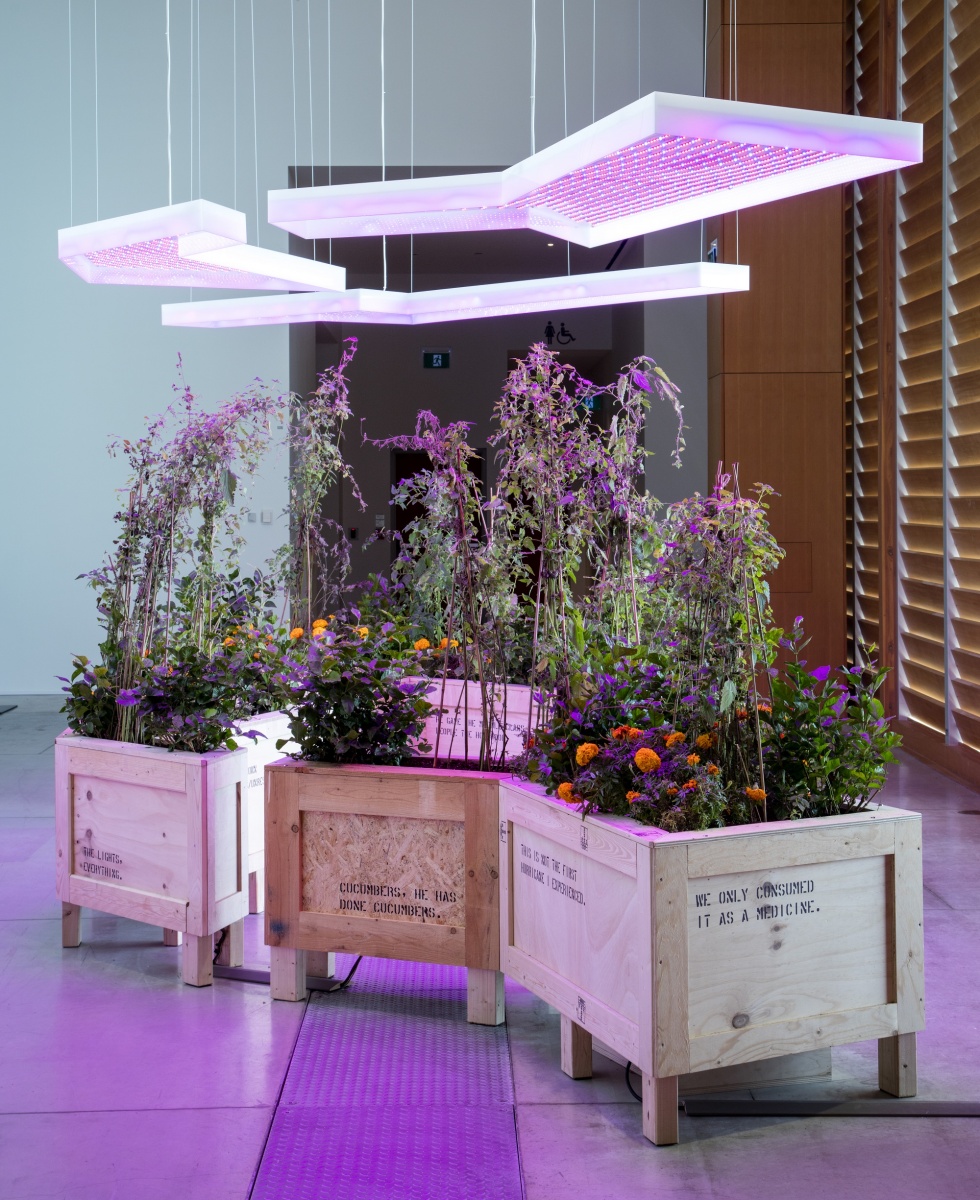 The inspiration for Freeplots came when Steyerl learned (reading through the leaked documents known as the Panama Papers) that one of her works was being stored in a tax-free zone or “free port” by a buyer after its purchase. The use of free ports is common in the art world to shelter wealth from import and export taxes. There are hundreds of these ports around the world in places like Geneva, Panama and Canada. As Steyerl noted in her artist’s talk at the AGO last October, “I was naïve; I didn’t believe this would happen to my work, but it did.”

Steyerl dove headfirst into her many questions about the implications of art being held in these storage facilities, and was inspired to think about other forms of land use that could be juxtaposed with the exclusive, restrictive nature of free ports. She asked herself, “What is a territory which is co-produced, which is mobile and which still inspires different kinds of communities to congregate around it?” For Steyerl, the answer was the community garden. Owned and harvested communally, these shared plots of land help to grow and sustain urban communities.

In order to redress the economic imbalance caused by the presence of her work in a free port, Steyerl calculated the money she made from the sale and invested an equivalent amount to purchase manure for a community garden in Berlin. After this first foray into communal land use, the idea for Freeplots evolved. “My idea was basically to take these [free port-shaped] planters to different locations and repeat the experiment over and over with the help of different community gardens.” But as she defined the look of the work, Steyerl realized there was something more deeply rooted in the communities she was interacting with. “After the first iteration I realized that it wasn’t just about growing plants, it was about growing stories and communities.” This led to the introduction of speakers, playing stories told by the gardeners, as part of the work.

The first iteration of the work took place in East Harlem with the El Catano Community Garden, followed by the Toronto version created with the help of the Milky Way Garden. Though the planters remain the same, Steyerl meets with the gardeners to discuss which plants they would like to have included in the exhibition. For the Tibetan gardeners at Milky Way, this meant growing jasmine, for its nostalgic smell, and stinging nettles, for their culinary and medicinal uses.

Steyerl hopes to continue the experiment in new locations around the world because in her own words, “I love working with people loved by plants.” Freeplots and Hito Steyerl’s other, more digital, works remain on view until February 23, 2020 as part of the exhibition Hito Steyerl: This is the future.