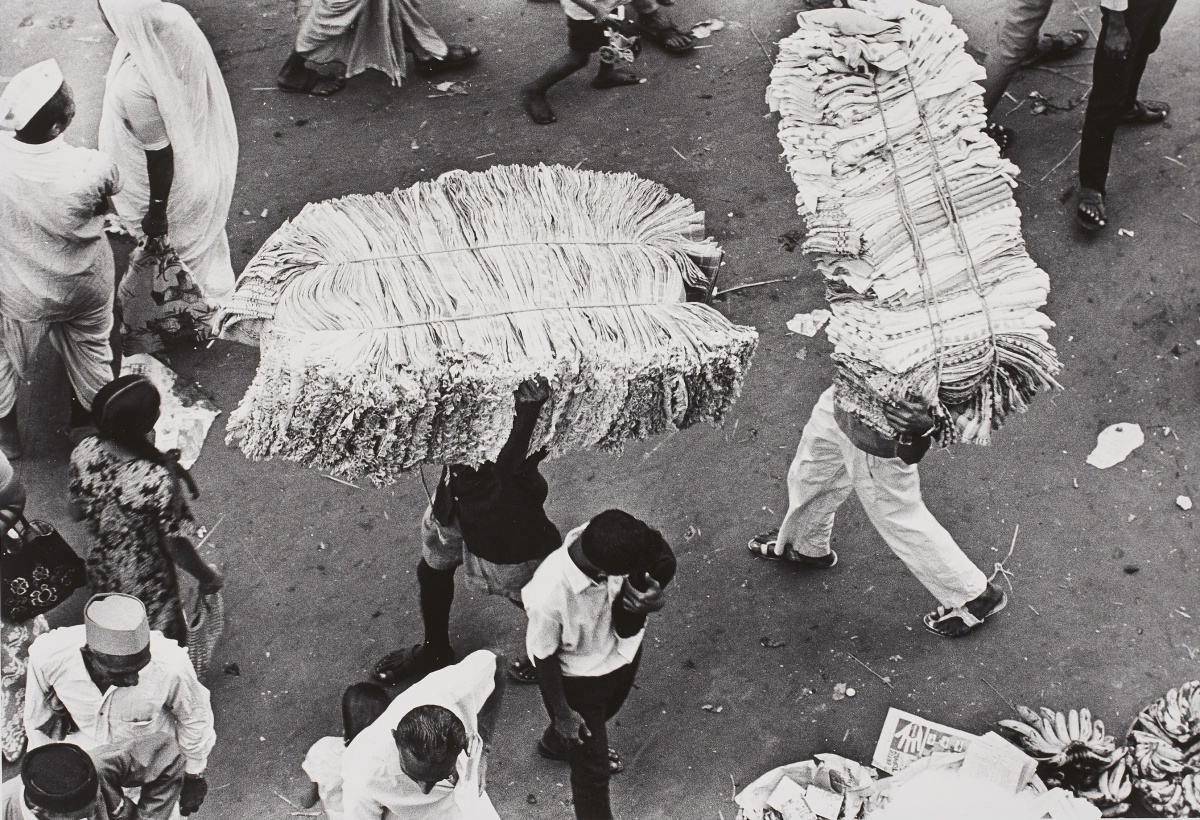 This year was a tough one to indulge a wanderlust, especially for those who enjoy touring and backpacking across the globe—many of whom are artists. Documentary photographer Bhupendra Karia (1936 - 1994) was such an artist, touring his native country India extensively in the 1960s and 1970s on photographic journeys that yielded beautiful and captivating results. After being tapped by a mentor to participate in an environmentally-conscious commission, he went on to produce one of his most important bodies of work. Four prints from that series have recently been acquired by the AGO and are included as part of Documents, 1960s – 1970s.

Born in India, Bhupendra Karia studied painting, graphics and history at the Sir J.J. School of Art in what was then called Bombay (now Mumbai) and, later, history and aesthetics at the Tokyo University of Fine Arts. Before he ever created a photograph, he was a well-developed artist and curator. It was during his studies in Japan that he first learned photography; he didn’t approach it as a formal practice until a few years later. After spending time as a teacher in Los Angeles in the late 1960s and early '70s, Karia embarked on numerous photography expeditions in his homeland, traveling 80,000 miles through rural India. His photographic journeys began with the intention of simply documenting the traditions of rural Indian life, but later evolved and deepened in focus as he became more aware of the social, political and environmental challenges faced by his nation.

In 1969, American photographer Cornell Capa authored a well-known anthology, called The Concerned Photographer, showcasing images that, in his words, valued “genuine human feeling” over “disinterested formalism.” Inspired by Capa’s like-minded approach, Karia wrote to him and became his lifelong friend and protégé. This was a pivotal moment for Karia, as it would shape many of his forthcoming professional endeavours.  It was through Capa’s invitation that he became a contributor to the commissioned photography series Population Crisis, which was administered through Cornell University’s International Population Program and Capa’s International Fund for Concerned Photography. Taken in the dense and bustling streets of Bombay, these arresting photographs show us unfiltered urban life captured with masterful composition.

As with many of the photographs in Documents, 1960s – 1970s, these speak to a critical moment of global transition that was happening during this period. Sophie Hackett, AGO Curator, Photography (and of the exhibition), alludes to this in Karia’s photographs, saying “The contrasts between old and new are presented in greater tension but these also create an undeniable energy in each composition and a palpable sense of witnessing a moment of transformation for the city.”

After Population Crisis, Karia was hired by Capa to help establish the International Center of Photography (ICP) in New York. There, while holding multiple senior positions, he published more than 15 titles and curated more than 45 exhibitions. He then went on to become an integral figure with the Center for International Contemporary Arts (CICA), devoting much of his career to providing platforms for other artists.

Today, Karia’s work can be found at the Museum of Modern Art, New York; Fogg Museum, Harvard University; Lalit Kala Akademi, New Delhi; the Museum of Contemporary Art, Milan, Italy, and now at the AGO.