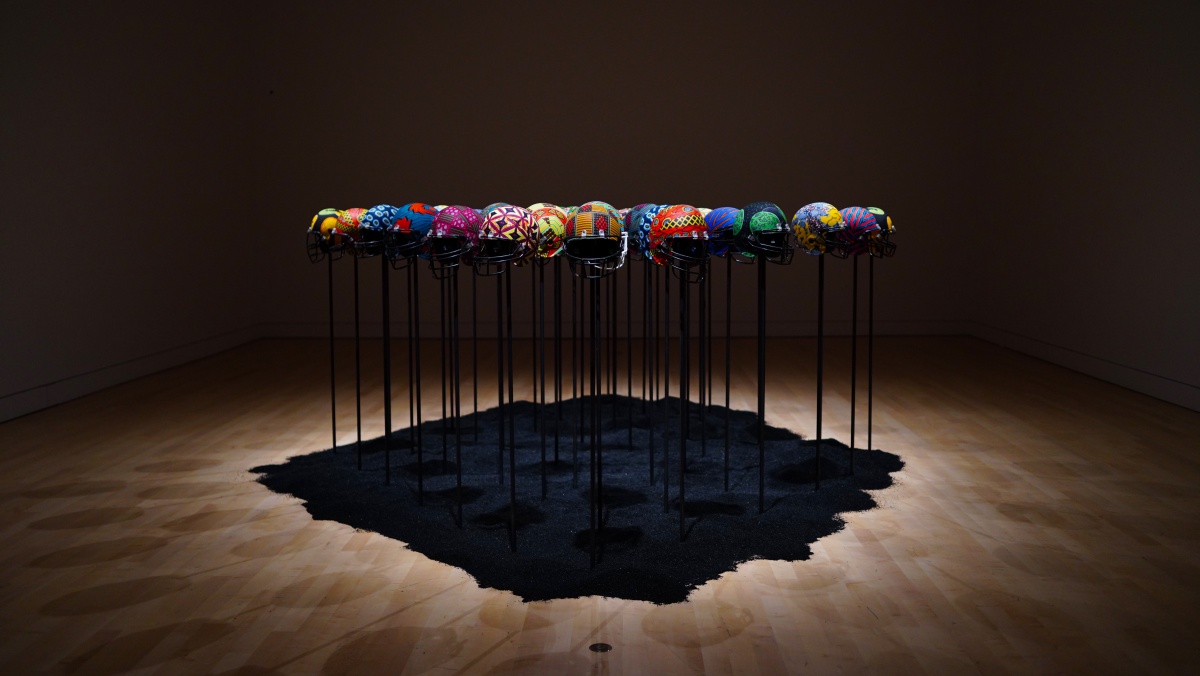 Esmaa Mohamoud is an African-Canadian artist based in Toronto, blending sculpture, installation, photography and elements of performance in her multidisciplinary practice. Thematically speaking, she delves into intersections between expressions of Blackness and the Black body, gender dynamics and sports industries, namely basketball and football. Her interest in art began in her childhood and teen years, later driving her to earn a BFA degree from Western University in 2014 and an MFA degree from OCAD U in 2016. Her notoriety as an artist has been on a steady, upward trajectory in the years since then. Take, for example, her imposing sculpture made of a found rattan peacock chair, A Seat Above the Table (Warren Moon) (2018), acquired by the AGO in 2019. Or her other lauded works, One of the Boys (2017) and Heavy, Heavy (Hoop Dreams) (2016), both of which were showcased in the 2017 AGO exhibition Every. Now. Then: Reframing Nationhood.

More recently, Mohamoud’s solo exhibition at the Art Gallery of Hamilton, Esmaa Mohamoud: To Play in the Face of Certain Defeat, is on view virtually. Originally organized by Museum London, it will travel until 2023. Her photograph and sculpture, The Brotherhood FUBU (For Us By Us), is featured prominently in the Scotiabank CONTACT Festival 2021 campaign.

In late May 2021, the first AGO X RBC Emerging Artists Workshop featured Mohamoud speaking candidly with AGO Curator Wanda Nanibush about her career thus far. Drawing from her own experiences during this virtual conversation aimed to emerging artists honing their craft, Mohamoud shared the finer details about balancing concept, materiality and productivity. Inspired by this wide-ranging discussion, we narrowed three major insights that emerging artists can consider applying to their artistic practice. 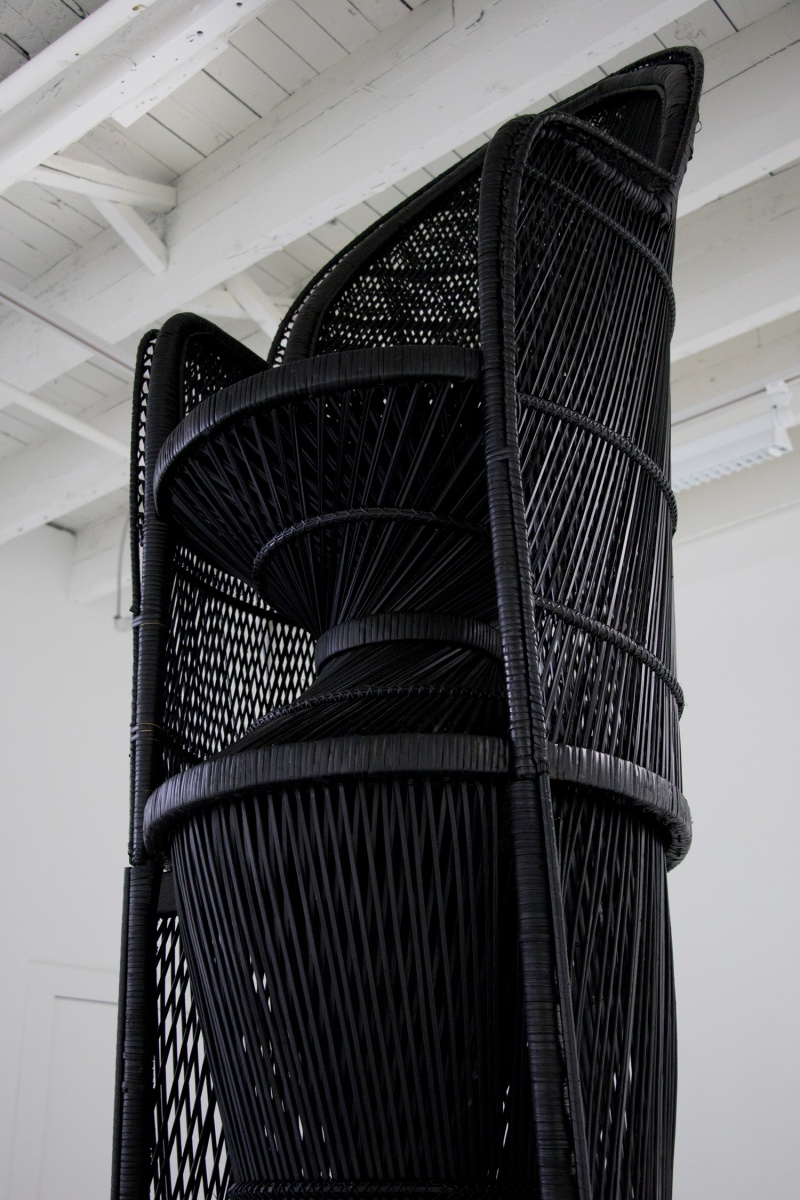 Find a methodology that suits your approach to artmaking.

When speaking about how she begins creating a new work, Mohamoud stated that materiality (the materials used) always follows the concept. “It’s always about the concept for me. It’s really rare that a material comes first,” she explained. “I’m obsessed with materiality in terms of exploration. When I have a project, I think of a concept and learn new skills for it. I study materials on a regular basis and keep them in my back pocket so that when I do have a concept that suits the material, it can be [a] quicker and smoother [process].”

Have a vision for what you’d like your art to accomplish.

When describing the thought process behind her latest work-in-progress, Faith and Seeds, underscored the importance of having a concept to be conveyed. Faith and Seeds is structured as a field of metal dandelions, arranged as a memorial for Black people murdered by police. The concept was born from Mohamoud’s emotions surrounding the murder of George Floyd in May, 2020 and the social upheaval that followed. She pointed to the pervasiveness and ubiquity of dandelions to draw a parallel to how Black people and the Black experience are treated societally—often with disregard, annoyance and ignorance—and how they continue to endure and persevere. “I wanted to create something that gave hope, something that gave resilience, and that was a memorial to Blackness that wasn’t about disparity,” she explained. “I think when we think of Blackness, we think of so much pain and trauma, we don’t really think of hope. I wanted to create something that was hopeful.”

Among the several projects Mohamoud has on-the-go, she is also set to travel to Dakar, Senegal, this summer as part of the 2021 cohort for the Black Rock Senegal Artists-in-Residence program, founded by American painter Kehinde Wiley. Mohamoud  attributed much of her success and growing prominence to her productivity and creative output. When answering a question as to how emerging artists can begin to become well-known, she answered with “I do think you need to be consistent with your practice, and you need to be consistently creating [different] ways.” Gaining artist representation from Georgia Scherman Projects was also pivotal in helping to propel Mohamoud’s career forward.

Want to learn more about artists working in Toronto? Read these stories on Anique Jordan, Bidemi Oloyede, and RBC’s From Within video series on emerging artists, all on AGOinsider.