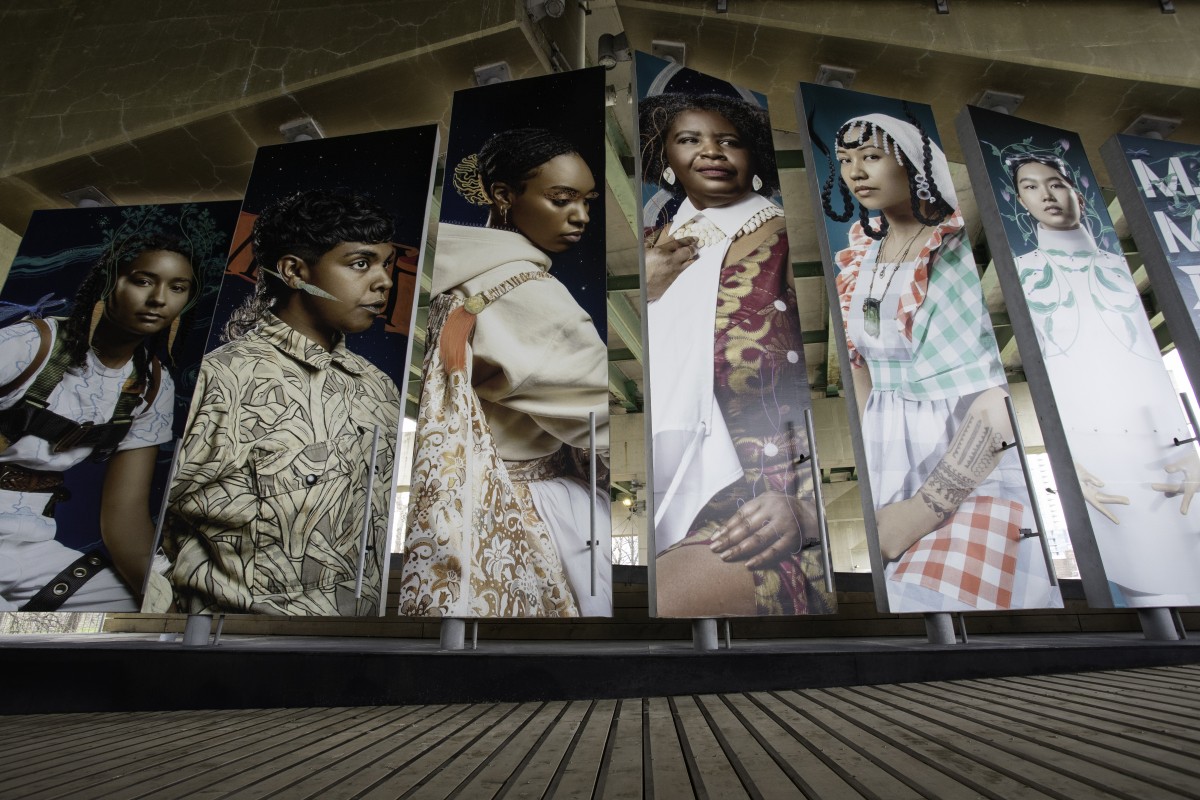 The Strachan Gate entrance of The Bentway – Toronto’s public arts and events space under the Gardiner Expressway –  just got a stunning new futurist makeover. On May 1, The Bentway, in partnership with From Later studio and the Memory Work Collective, unveiled Memory Work – a massive multi-panel mural featuring the embellished portraits of twelve of Toronto’s influential women and non-binary figures.

Created by Toronto-based contemporary artist, Rajni Perera, and the Memory Collective, these stylized portraits comprise a group aptly named the Mothers of Invention. The portraits – taken by photographer Omii Thompson – have been altered by Perera, incorporating a layer of mythical landscapes and functional jewellery. Each sitter wears an apron designed by Tala Kamea and Naomi Skwarna. Several local luminaries are depicted in the striking mural, including Dean of OCADU Dr. Dori Tunstall and founder of Cue Projects Zanette Singh – each representing a character from The Mothers of Invention (loosely based on their own identity). This speculative monument imagines a future city defined by collective care and politics that value nurturing rather than growth. 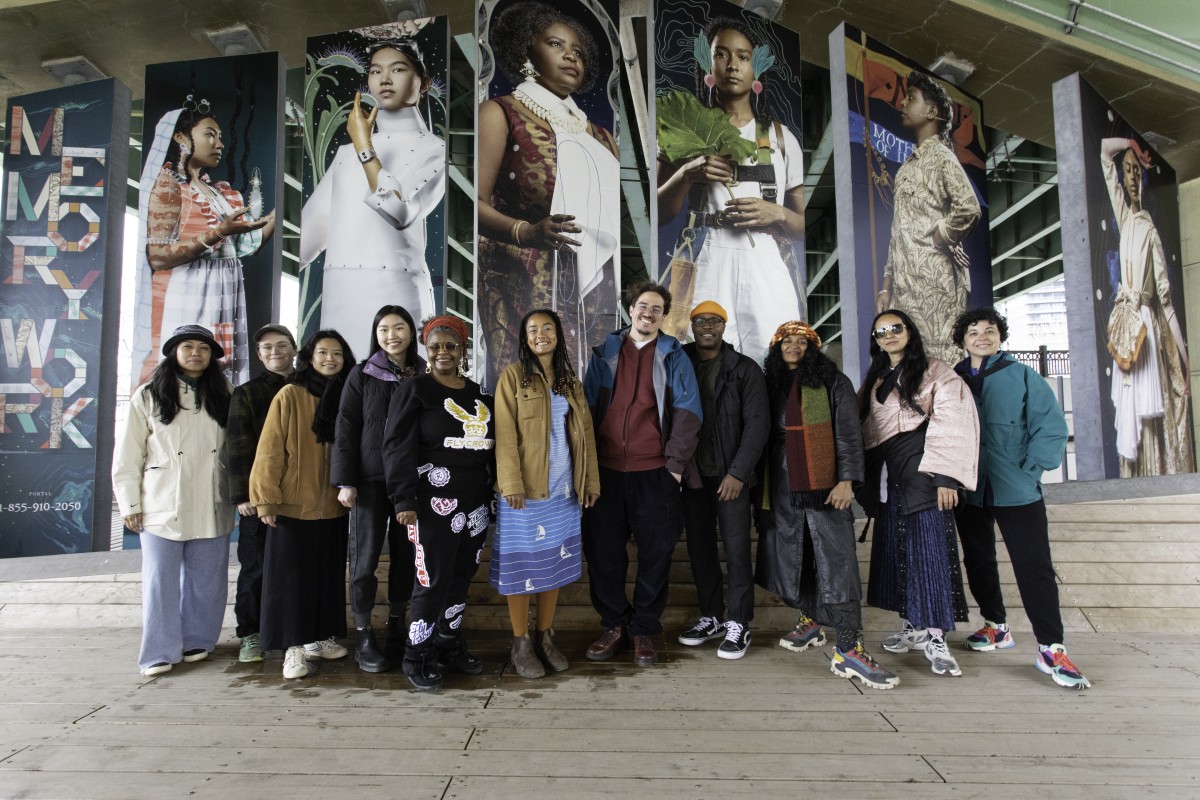 In addition to the mural, The Memory Work Collective has put together an interactive website meant to further illuminate the futurist backstory of The Mothers of Invention. An introductory story on the website’s homepage describes a future dystopia of overpopulation and scarcity. In the below excerpt, The Mothers of Invention are formed in Toronto, addressing this catastrophe with innovation and ancestral wisdom.

Toronto proves its resilience. The desperate moment produces a wave of mostly women introducing different kinds of economic models, technologies, and ways of thinking. Known as The Mothers of Invention, their movement assembles around notions of healing and ancestral intelligence – the careful application of ancestral knowledge to technology.

Don’t miss Memory Work featuring The Mothers of Invention, on view at the Strachan Gate entrance of The Bentway until April 2023.