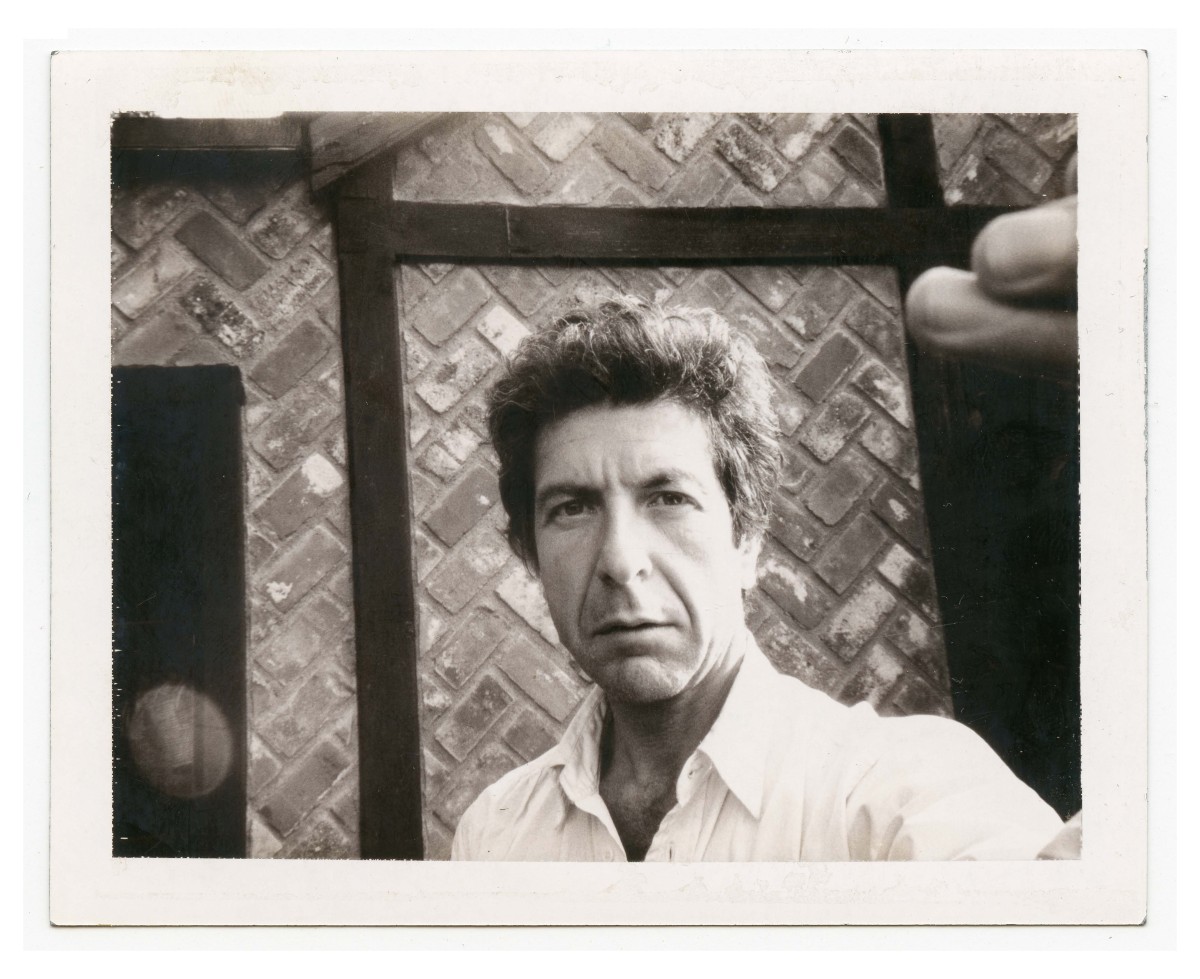 One of the guiding principles of Leonard Cohen’s approach as an artist was self-exploration – emotional, spiritual and physical. Though his music was deeply introspective, he placed great importance on his physical appearance, carefully curating his look at all times. Cohen often utilized his own body as a muse, creating many photographs and drawings documenting his likeness over time. This free-flowing approach to self-portraiture was a cornerstone of the legendary artist’s creative output, and you can experience it now as part of Leonard Cohen: Everybody Knows at the AGO.

Using cameras, sketchbooks, photo booths and even digital tablets, Cohen created a range of self-portraits in various moments of his life. In 1968, he moved to a small cabin in Franklin, Tennessee, to write and record his second album, Songs from a Room. While there, he maintained a ritual of self-documentation, regularly snapping images of himself with a Polaroid instant camera. Later while staying in a downtown Nashville hotel, he placed the photographs in a journal, along with assorted notes and poetry.

In early 2003, Cohen set a goal of creating daily self-portraits in front of the mirror. Using a digital tablet, which allowed for rapid expressionistic drawing and frequent edits, he would attempt to capture the mood of each day. After reviewing the finished work, as a final touch, he would annotate the drawing with a phrase or sentence that reflected the emotion being portrayed.

In celebration of the important role of self-portraiture in Cohen’s work, we’ve put together a shortlist of compelling self-portraits currently on view at the AGO. 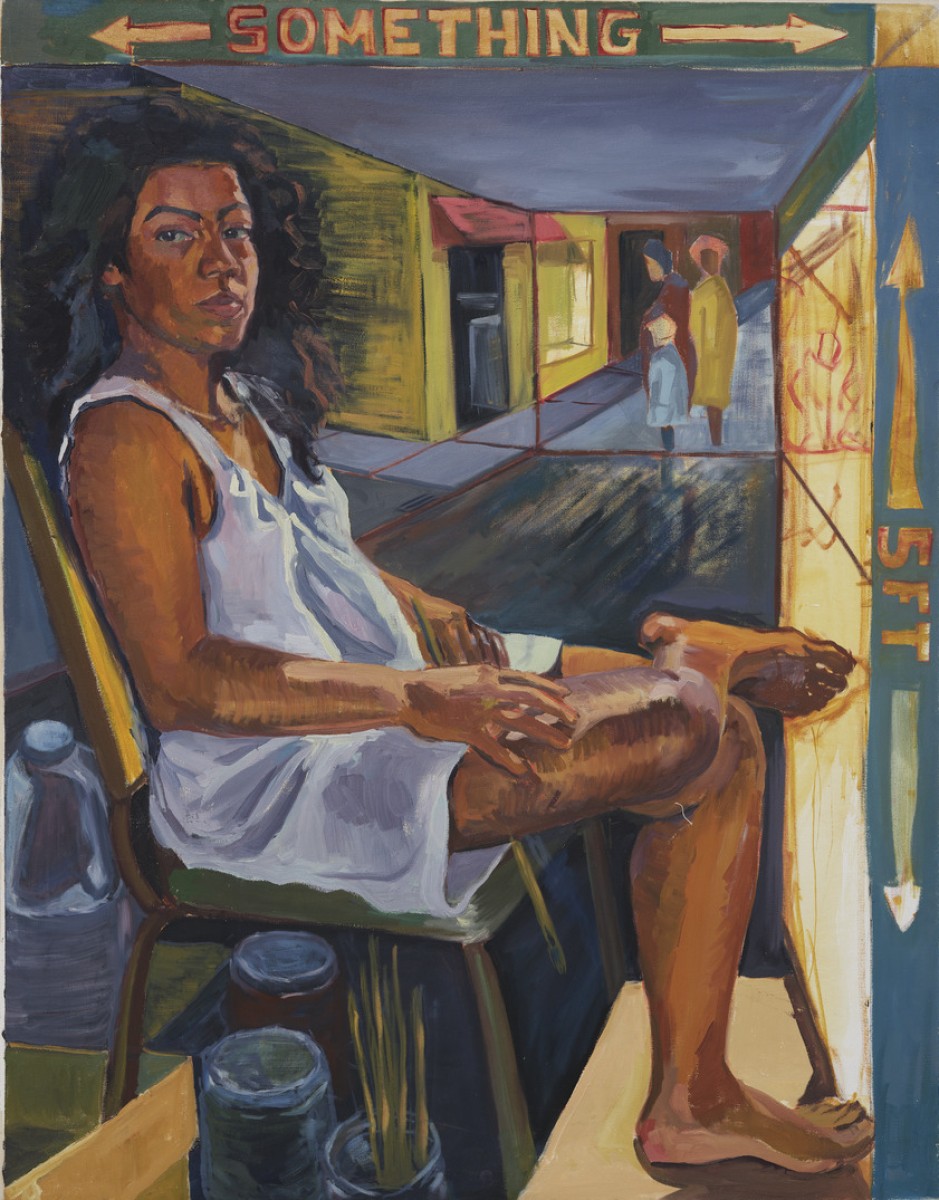 On view now as part of the landmark exhibition Denyse Thomasos: just beyond, on Level 5, this striking self-portrait, completed in a figurative style, highlights the beginning stages of Thomasos’s career. In the mid-to-late 1980s, during her student years at the University of Toronto, Mississauga, then Yale, Thomasos explored figurative painting to address the ideas and themes that would eventually become key in her practice – architectural structures, boats, cages and skulls.

Janieta Eyre, Tante Nettie the Day after She Died (1997) 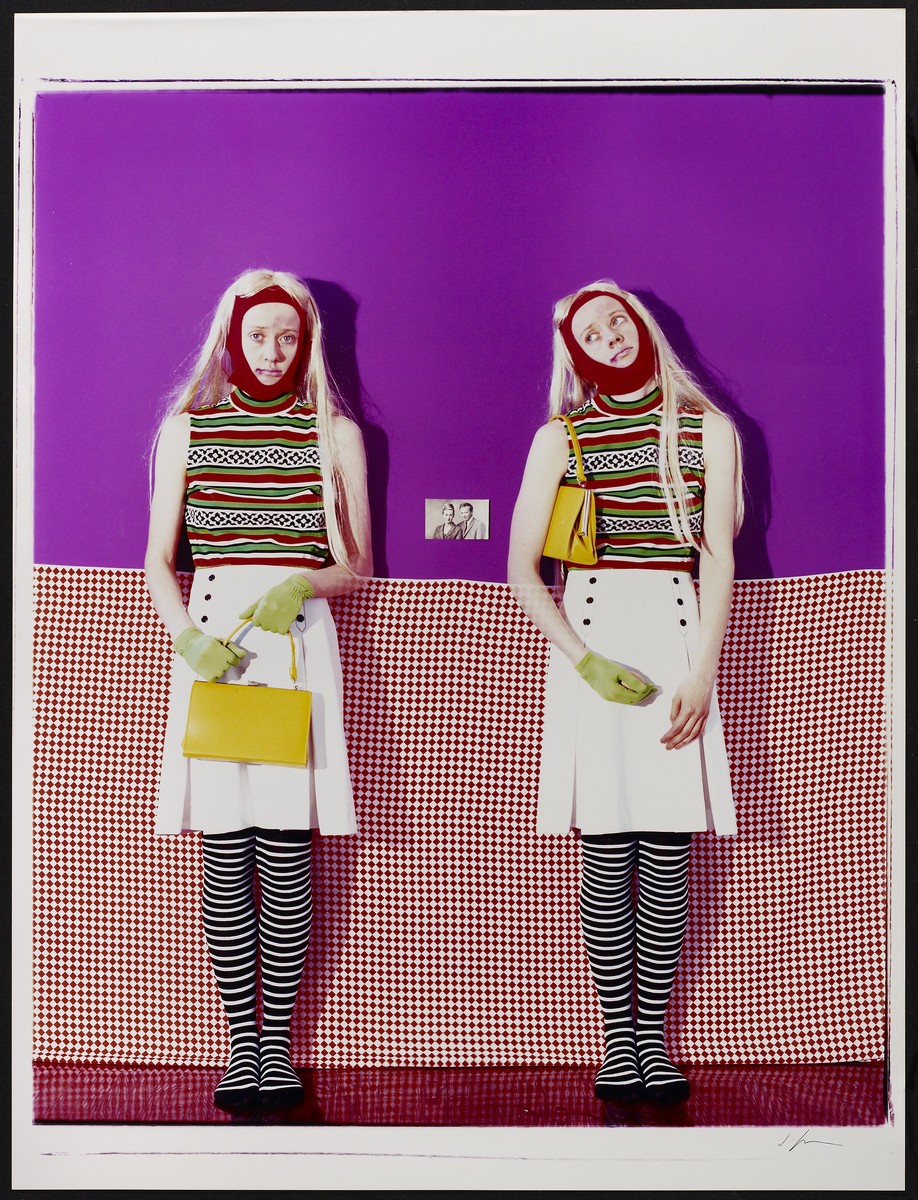 In 1996, British contemporary artist Janieta Eyre created a series of theatrical self-portraits exploring her family history, titled Incarnations. Born as a conjoined twin, her late sister Sarah tragically passed away during their separation surgery. These stylized, tandem photo-based images of Eyre feature unique wardrobe and colourful domestic settings. Describing this series, Eyre states, “much of my work concerns itself with the phantom sensations that have remained with me since our separation.” Tante Nettie the Day after She Died is on view at the AGO now as part of the group exhibition Her Flesh, on Level 2.

Though it’s not a self-portrait in the traditional sense, in Kalaaleq artist Laakkuluk’s video work Silaup Putunga (2018), she turns the camera towards herself, appearing as the main on-screen presence. Currently on view on Level 1 at the AGO as part of Laakkuluk’s installation Naak silavit qeqqa?, this large-scale, double-sided video was created by the artist and her long-time collaborator Jamie Griffiths. Designed as an evolving narrative and accompanied by a soundscape by Celina Kalluk and Laakkuluk, the video features Laakkuluk performing uaajeerneq, a Greenlandic mask dance. It follows as she chops ice, drives a snowmobile, aims a gun and walks across the land.

Experience the candid self-portraiture of Leonard Cohen, alongside many other fascinating artifacts and pieces of Cohen memorabilia, as part of Everybody Knows, on view now at the AGO through April 2023.