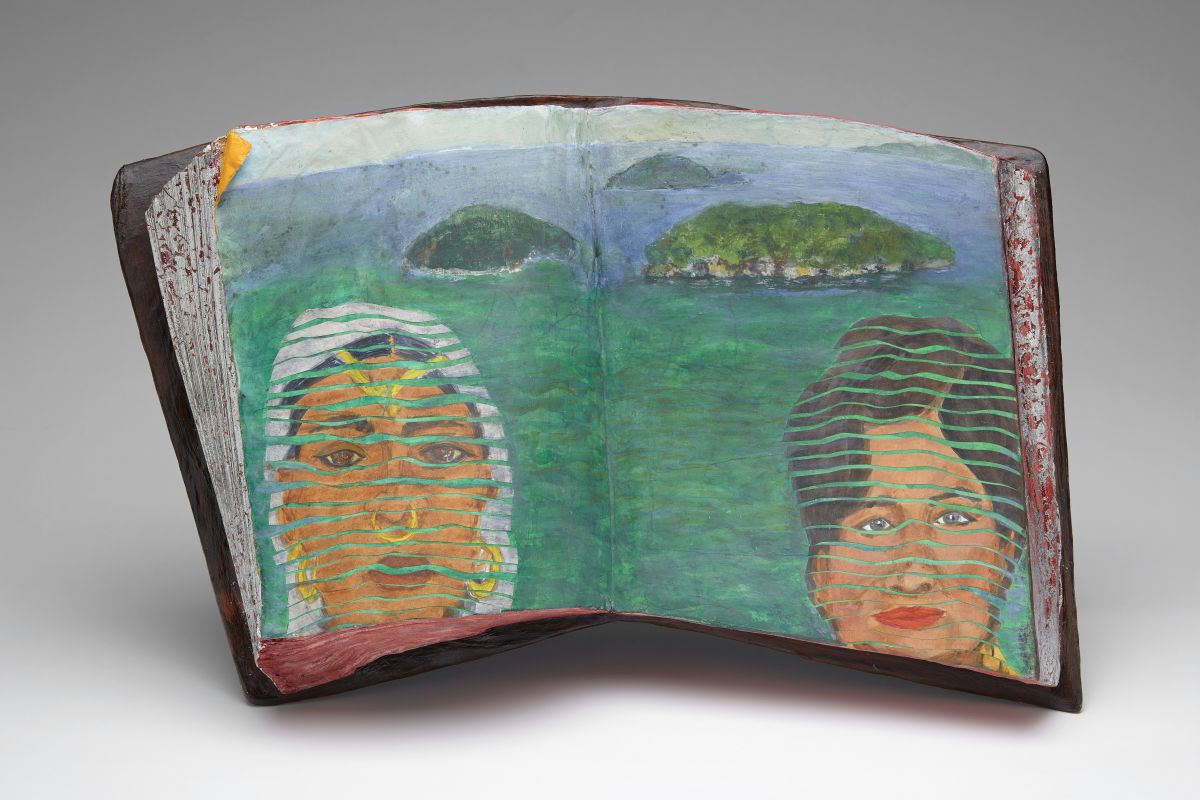 Multidisciplinary artists Suchitra Mattai and Wendy Nanan may share similar regional origins (Muttai hailing from Guyana and Nanan from Trinidad, both islands in the Caribbean), but they express the diversity of lived experiences within the Indo-Caribbean diaspora from distinct perspectives. In December 2021, the AGO invited both artists to come together for a virtual conversation, moderated by writer, critic and academic Dr. Ramabai Espinet. The essence of their discussion traced their approach to artmaking, while also describing their works featured in Fragments of Epic Memory, displayed in dialogue with select post-emancipation era photographs from the AGO’s Montgomery Collection of Caribbean Photographs. 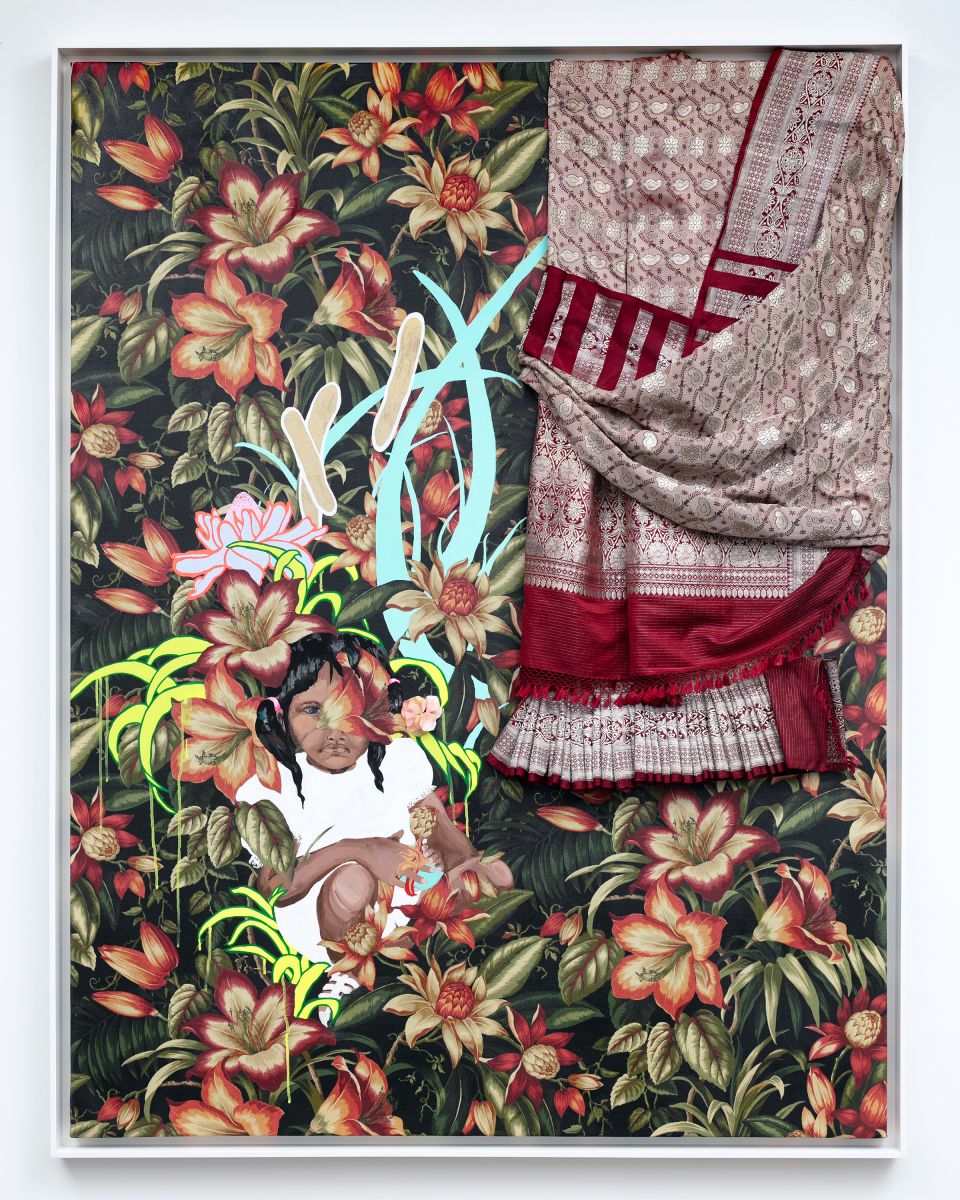 Nanan, one of the most prominent and recognized female Indo-Caribbean and Indo-Trinidadian artists, has been consistently exhibiting her work since the 1980s. Included in Fragments is one of her acclaimed papier-mâché sculptures, Nelson Island (2012) (image at top). The work takes its title from the real Nelson Island, one of the Five Islands in Trinidad and Tobago just west of Port-of-Spain. It was on this island − between 1845 and 1917 after slavery was largely abolished across the British Empire − where many Indian migrants disembarked and then were held under quarantine, later placed under indentureship on the main islands. Thousands of migrants were brought to Caribbean nations like Guyana and Trinidad, among others, often forcibly and under false pretenses, as replacements for ‘freed’ enslaved people. Overseen by British colonial traders, the system of indentureship kept migrant workers under servitude with severely low wages and unjust working conditions over several years.

Nanan’s Nelson Island, (2012) is a papier-mâché book, painted with two women on opposing pages, water in between them and island formations in the background. On the left is an Indian indentured woman, and on the right is Kamla Persad-Bissessar, a descendant of Indian indentured workers and Trinidad and Tobago’s first female Prime Minister. The work speaks to the fractured history shared among Persad-Bissessar, Nanan, Indo-Trinidadians and their Indian ancestors. Two women, one representing the past and the other the present, the ripples from page to page reflecting the passage of time. The island becomes a character in this history as well, bearing witness to these shifts over the years.

Finding a feeling of belonging and authenticity is at the centre of Suchitra Mattai’s practice. Born in Guyana, she left the country with her family at three years old, first moving to Nova Scotia and later to the U.S. where she currently resides. Shaped by her experiences living in several countries and among different cultures, she expresses her earliest memories of being a child in Guyana through her work, further influenced by oral histories passed down by her family. As seen through recent solo and group exhibitions, her practice has expanded beyond painting to include mixed-media works such as Demerara Dreams (2019) (image above) on view in Fragments of Epic Memory. This work is drawn from the artists’ foggy recollections of playing with her cousins in Guyana’s lush grass. Placed against the tropical fabric background, a piece of one of her mother’s saris hangs from the top-right corner and Mattai’s self-portrait at the centre, suggesting both the presence and absence of a figure. Regarding the legacy of indentureship and feelings of displacement, Mattai seeks to give voice to women in the South Asian diaspora.

Watch below for the full discussion with Nanan and Mattai as they describe their work in Fragments of Epic Memory, and their respective paths as contemporary artists.

In case you missed them, read our Q&As with other contemporary artists featured in Fragments of Epic Memory, like Kelly Sinnapah Mary, Gomo George, Charles Campbell, and Nadia Huggins.