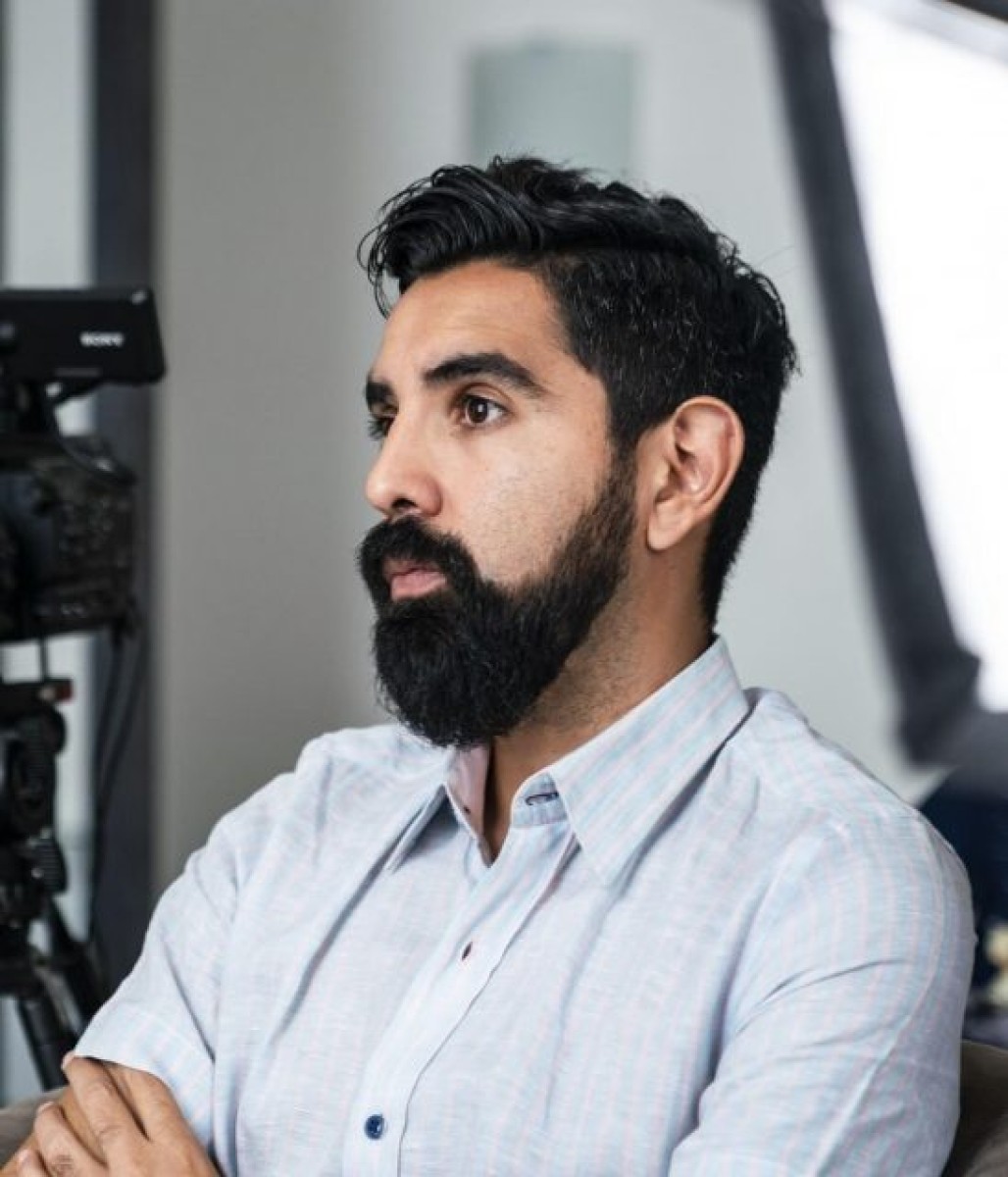 It was a surprise and delight for residents of Toronto, when the news broke last week that beginning this month, general admission will be permanently free at all City of Toronto History Museums. There are ten museums, providing home to a collection of more than one million archaeological specimens, 150,000 artifacts and 3,000 works of art, and the move to free admission is only one of several new initiatives the city is undertaking to advance greater diversity, equity and inclusion, and confront the colonial legacies of its sites.

Leading the charge is the city’s new Chief Curator, Armando Perla, who assumed the job in January. A trained human rights lawyer originally from El Salvador, he comes to Toronto following stints as an international advisor on museums, human rights and social inclusion for the City of Medellin, Colombia and at the University of Toronto. We caught up with him to find out more about his vision for change and what excites him about Toronto.

This interview has been condensed for length.

AGOinsider: What brought you to Toronto? What has surprised you the most about it?

Perla: I came to Toronto to work with the new generation of museum professionals whom I believe are the change that our sector so desperately needs. During the pandemic I connected with the student organization MPOC (Museum Professionals of Colour), which was founded by a brilliant group of students at the Master of Museum Studies (MMSt) Program at the University of Toronto. Thus, I accepted an offer to teach at the MMSt program before becoming Chief Curator for the Toronto History Museums.

One of the things that surprised me the most is how queer the city is. It’s everywhere you look and I feel happy about that. I am really looking forward to learning more about how other museums are working with different parts of the community.

AGOinsider: Originally trained as a human rights lawyer, what precipitated your move into museum work?

Perla: In some ways it was serendipitous. I was born and raised in El Salvador and I grew up in a very small town where we didn’t have any museums locally. I was a law student down there, but because of my sexual orientation I had to flee the country when I was 21. The first time I went to a museum was after I arrived in Canada. Upon arrival I began working at a settlement agency helping other asylum seekers, before returning to law school.  After graduating I moved to Washington D.C. to work at the Centre for Justice and International Law (CEJIL). And then to Sweden to complete a Master of Laws in International Human Rights Law. Throughout, I was always on the research side of the law—versus being in a courtroom—traveling and working for various human rights and justice organizations around the world.

I realized that, as human rights lawyers, when we go before courts or pursue cases we’re always acting as “damage control.” Something has already happened, and we’re trying to create precedents so that future abuses can be decided in a similar way. But I realized that the law could also be used as a tool for education, in a way that can prevent human rights abuses from occurring in the first place. Then, while I was in Sweden, I got to know a visiting professor from Canada, who asked me to distribute a job posting through my networks. A new national museum, focused on human rights, was being constructed in Winnipeg and they were looking for a curatorial team that would help develop its exhibitions. I applied for the job, and that’s how I moved back to Canada and started working for the Canadian Museum for Human Rights, where I was for almost ten years.

AGOinsider: Do you have a favourite object in the City of Toronto Fine Art & Artifact Collection?

Perla: There is a painting by Robert Houle that caught my eye while I was visiting Red is Beautiful. It’s titled The Royal Proclamation, 1763 Aboriginal Title and is part of the series Premises for Self-Rule. In it, Houle juxtaposes abstract colour fields with colonial legal documents. It was purchased by the Art Gallery of the North York Performing Arts Centre (former MOCCA Collection) in 1994. It was one of the first pieces purchased for that collection and it became part of the City of Toronto’s fine art collection during amalgamation. I am extremely excited for that piece to return to our collection after the North American tour of Red is Beautiful because I already have big plans for it at the Toronto History Museums.

When I saw the whole series together at the AGO, I was captivated not only by the beauty of the work but also by its powerful message. It is also a message that is easy to understand. Years ago, when I was a curator preparing the inaugural exhibitions of the Canadian Museum for Human Rights (CMHR), I got to develop an exhibit that addressed the history of legal violence on this land. That display of historical artifacts and documents also recognized the role that Indigenous law has had in the creation of this country’s pluri-juridical system. Our legal system is a combination of several traditions, both written and unwritten. These include Indigenous legal traditions, French Civil Law and British Common Law. To curate that exhibition, I found all the original documents represented in Houle’s works in Premises for Self-Rulein archives in Canada and abroad. So, we were able to display them all side by side for the first time. Every year, I would travel far and wide to find suitable replacements so we could rotate the paper documents that could not be exposed to the light for extended periods of time.

AGOInsider: Is there an artifact or object from the COVID era that you would want to preserve?

Perla:  The global crisis caused by the arrival of COVID-19 not only forced us to rethink our daily lives and the way we work, but also the systems under which our societies have functioned. The pandemic exposed the shocking impoverishment that has existed, for far too long, in all sectors of our society: medical, political, financial, industrial, logistical and cultural. Those who were already vulnerable were forced to fight even harder to simply stay alive.

While it is important that we preserve some significant objects related to the pandemic, what I really want to preserve are the stories of those who were most affected by it. This is part of the work we are doing, shifting away from the supremacy/tyranny of the object and centering the human in the work we do as public institutions in service of our societies. Thus, what I want is to provide a more complete, more wholesome picture of how the pandemic has affected the people and communities who lived in Toronto during these unprecedented times. It is important that we honour the loss, grief, resilience, solidarity and healing that Torontonians have experienced during the pandemic. Collecting oral histories gives us an opportunity to record and preserve history from below. It allows us to open doors for those who often find themselves in the margins of history, so that they can tell their stories in their own terms.

AGOInsider: Once committed to collecting and preservation, the definition of what a curator does has evolved significantly of late. How do you describe your job to strangers?

Perla: Maybe because I was trained as a human rights lawyer, I always see my museum work as human rights work. I see my job as a public servant as a way to help governments fulfill many of those legal obligations that they have committed themselves to implement when they have signed, ratified or accessioned international human rights treaties. Rights and freedoms such as the right to education, access to culture, the right not to be discriminated against and more. At the base of my work, I have always used a human rights-based approach (HRBA). I am also aware of its shortcomings.

A HRBA promotes empowering people (those most marginalized) to participate in all processes and phases of a project and to hold accountable those who have a duty to act. Under this framework, human rights are not considered to be just one element or dimension in mainstream processes, but rather they constitute the foundational framework and basis for the entire process of socio-political organization and development. The United Nations Expert Mechanism on the Rights of Indigenous People has recently affirmed that advancing a HRBA in museum practice can assist in the decolonization of museums.

I just started my new job and this is exactly what I want to do here. Part of my role consists in developing a new curatorial vision for all ten city museums. This includes new exhibition strategies and programs as well as a new exhibition calendar. I want us to prioritize strengthening our relationships with local communities, build a contemporary collecting strategy that is ethical, and use our fine art collection as a tool to advance inclusion, equity and justice.

We are engaging with many different communities, trying to understand the barriers that we have built and that have kept them outside. I am currently conducting an environmental scan to understand who the Toronto History Museums are while at the same time constantly meeting with communities to hear for themselves what their needs are. With this in mind, I am trying to find ways in which we can use our museums to meet those needs. I want us to centre people and communities before thinking of benefiting the colonial machinery that is the museum. Thus, we are planning a lot of really exciting things! The idea is for us to build a relationship of trust so that our exhibitions in the future can also be initiated by communities and serve to meet their immediate needs.  I’m extremely excited about being part of all of this work that is taking place at the Toronto History Museums!

AGOinsider: For someone new to the city, to which historic site would you direct them first and why?

Perla: All of the Toronto History Museums because they are now free for all!

For more art and culture news and interviews, subscribe to the AGOinsider, free every Wednesday to your inbox.