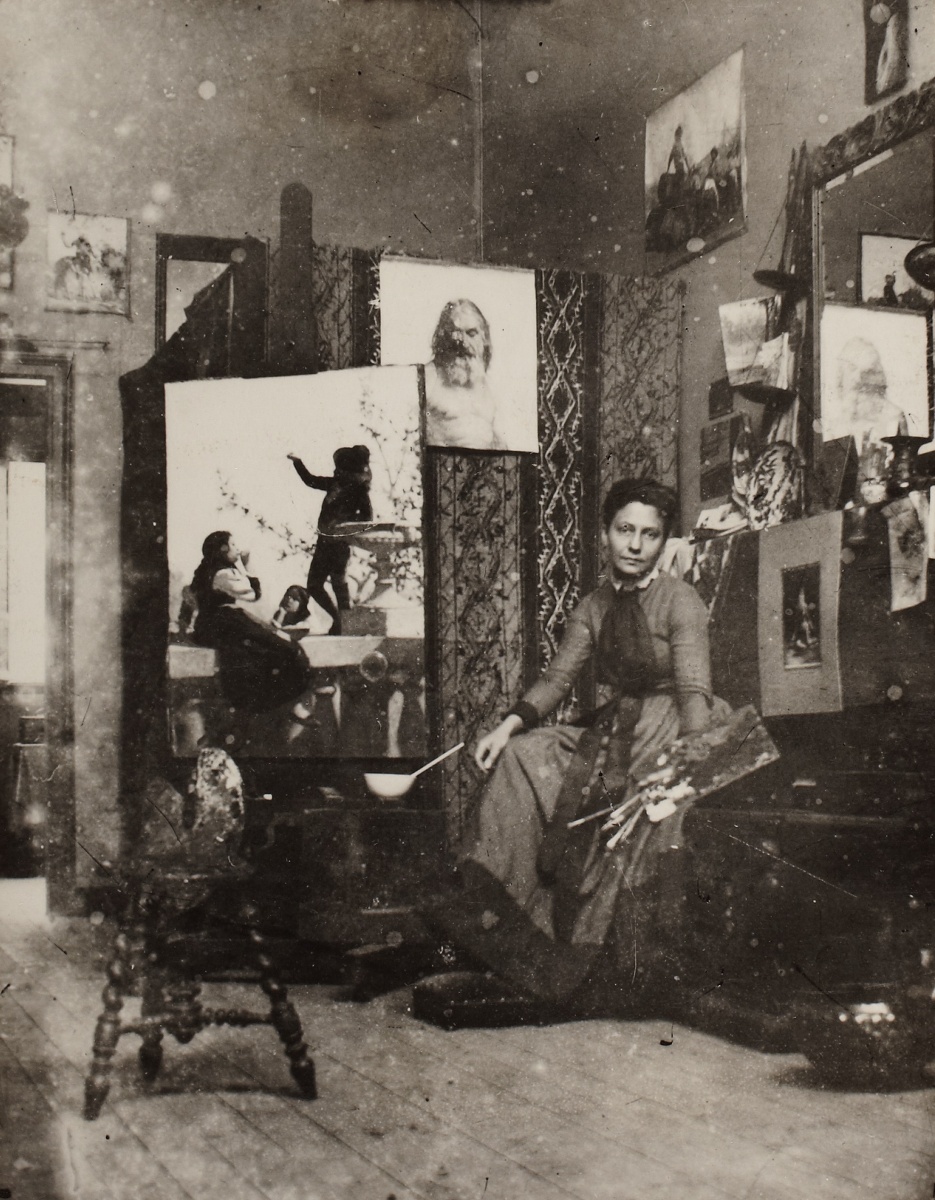 It was this week, 98 years ago, that the Art Gallery of Toronto (as the AGO was referred to until 1966) opened an extraordinary solo exhibition of more than 300 paintings. The artist was Mary Heister Reid, who had been an acclaimed fixture in the Toronto art community, and a pioneering teacher, and had recently passed away. In an era when women artists rarely had opportunity to study and exhibit, let alone sell their work, her success was remarkable. It marked the Gallery’s largest solo exhibition ever, and its first by a woman artist.

Writing for Saturday Night magazine, Hector Charlesworth commented on the exhibition, “One gets a sense of Mrs. Reid’s versatility,” with “the 76 paintings of flowers and still life; nearly thirty garden pieces; a dozen interiors; over one hundred landscapes; and many studio sketches of various subjects.” 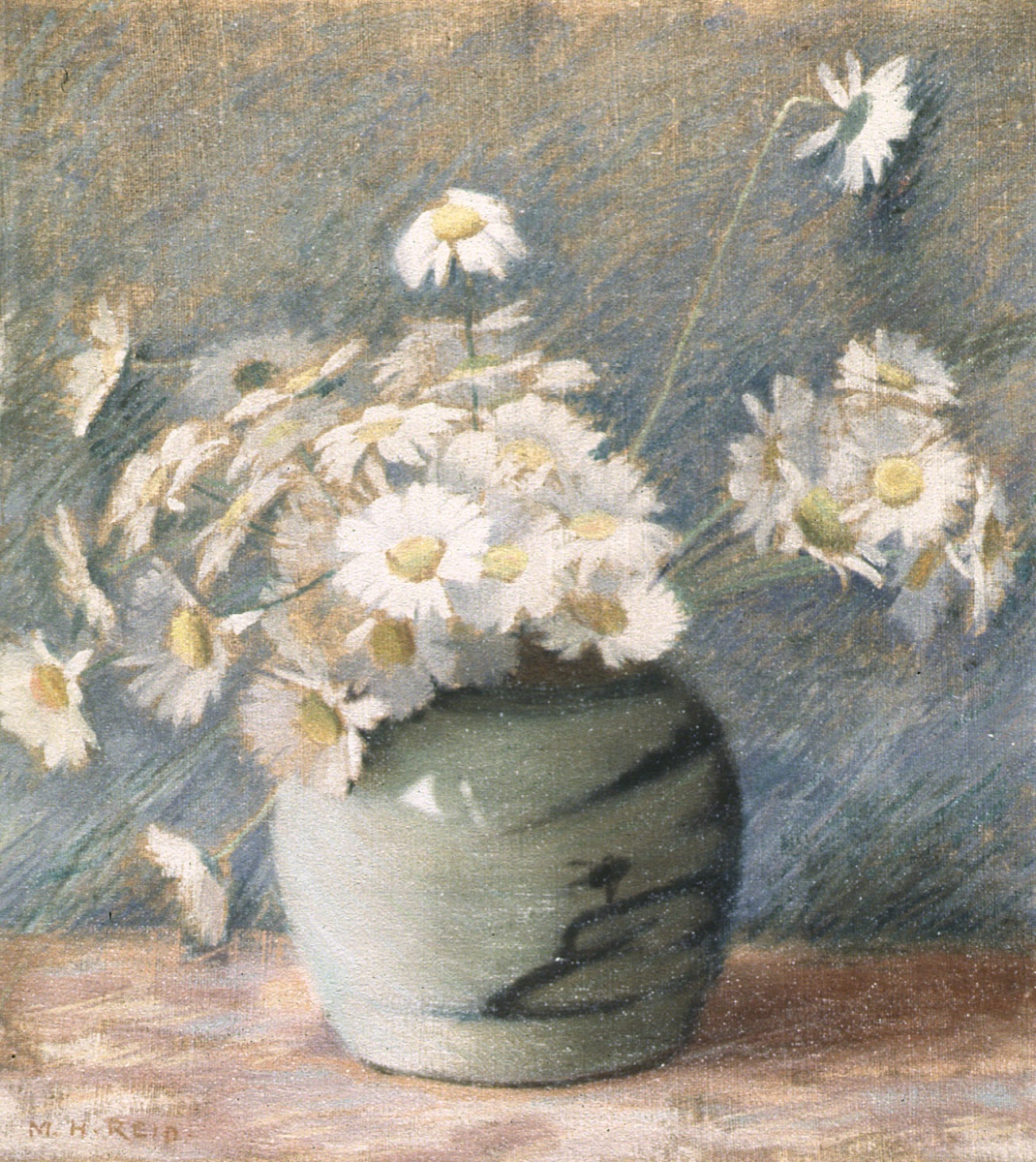 American by birth, Heister Reid moved to Toronto in 1885, setting up a studio with her husband and fellow artist George Agnew Reid on King St. East. Her paintings capture the beauty that surrounded her everyday life. Heister Reid’s paintings attracted numerous students, both male and female to her studio, as well as buyers from across the country. She was one of the first women accepted into the Ontario Society of Artists and the Royal Canadian Academy of Arts, and it wasn’t long after her arrival in Toronto that the Art Gallery of Toronto purchased its first Heister Reid artwork, Daisies. Before the turn of the century, the Gallery would acquire two more.

In 1908, the couple designed and built a home in Toronto’s artistic Wychwood Park. (A major figure in their artistic circle, and a neighbour, was the artist Mary Wrinch, whose miniature watercolours are currently on display on Level 2).

Mary Heister Reid died on October 4, 1921 at the age of 67. Opening almost a year to the date of her death, the memorial exhibition drew big crowds and national attention. She was celebrated in the press for her "study and interpretation of nature in those aspects that appealed most to her...[g]limpses of spring and autumn woodland, moonlit vistas, gorgeously colourful gardens, lovely skies, divinely tinted 'ends of evening,' and the countless flowers of the fields...."

Her friend and fellow artist C.W. Jefferys remarked, "The number of [Canadian] painters of distinction is as yet small, but in the short list of those who have shed light upon the path and given direction to the early steps of Canadian Art, the name of Mrs. Reid will always have a prominent role."

Among the many compliments bestowed on her – for her art, for her technique, for her many charms and her “eminently sane” approach, perhaps the biggest praise of all is the simple truth stated in the exhibition catalogue, that “…although the exhibition contains 300 examples, this represents only part of her life work, many of her paintings not being available for exhibition.”

See many of these stunning artworks in person beginning on October 11, when we feature paintings by Mary Heister Reid and her contemporary Helen McNicoll in the new exhibition The Open Door.  And for even more biographical insight, don’t miss this interview with author and Heister Reid fan, Molly Peacock.

Admission to the AGO is always free for AGO Members,  AGO Annual Pass holders and visitors 25 and under.