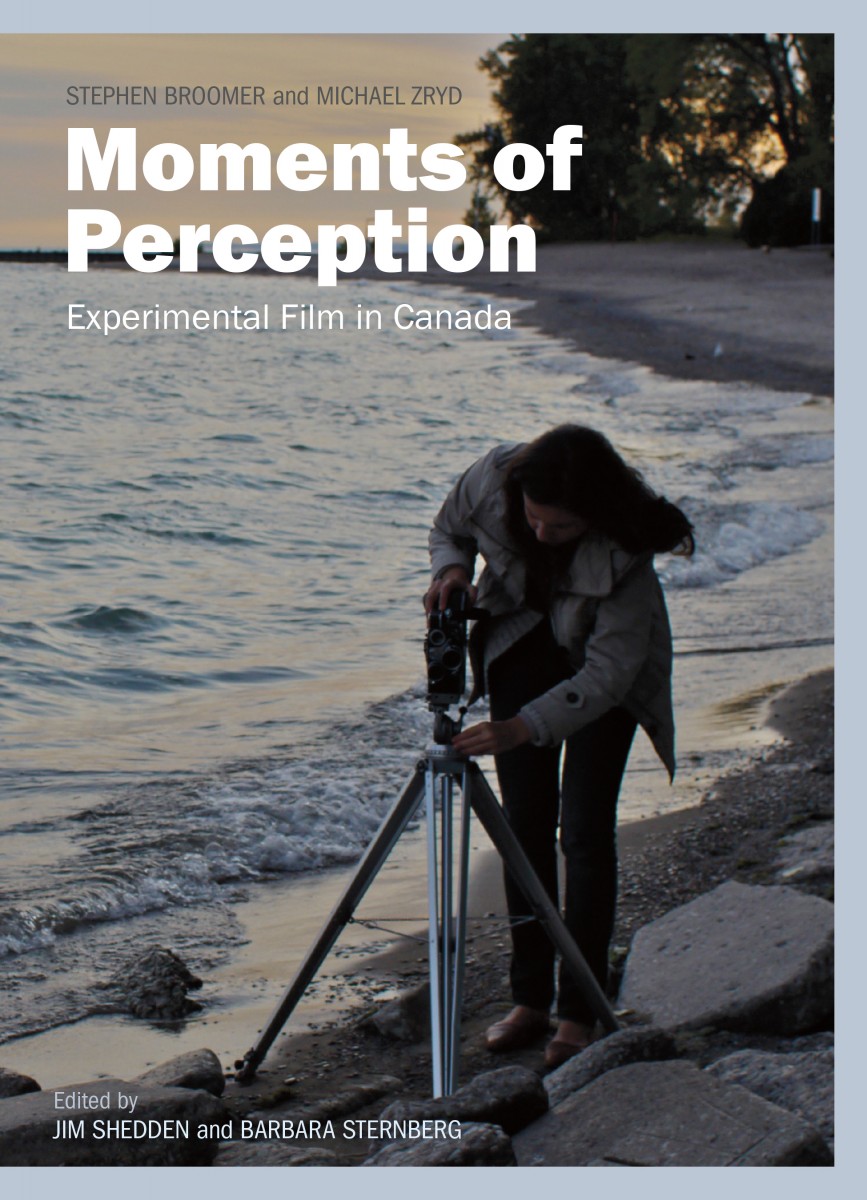 The first book to chart the history of experimental filmmaking in Canada, Moments of Perception, explores an ever-evolving medium that unites personal ideas, beauty, emotions, stories and perceptions into moving images.

“Experimental film is political in its very existence, critical of the status quo by definition,” says co-editor Jim Shedden, AGO Manager of Publishing. He, along with Barbara Sternberg, worked with principal authors Michael Zryd and Stephen Broomer to create this landmark book.

What exactly is experimental film? To Shedden and Sternberg, “It is a richly varied genre, as each film artist explores and defines their own style, technique, themes, subject matter. Experimental film is a hands-on, personal practice. Each film creates its own reality.”

We asked Shedden for a list of Canadian experimental filmmakers we should know. From the 126 filmmakers featured in Moments of Perception, here are some of his top picks:

“Snow is the most well-known of our experimental filmmakers for good reason,” writes Jim Shedden. “Many of his films can be called nothing but groundbreaking, defining what was possible for the medium, whether It be Wavelength, Back and Forth, La région centrale, or Rameau’s Nephew (Thanx to Dennis Young) by Wilma Schoen.”

“Like Chambers’s paintings, his films dealt with the life cycle, mortality, properties of light, and the crisis of photographic representation,” writes Stephen Broomer. “In both his paintings and his films, London was cast as a simultaneously paradisiacal and infernal garden. The treacherous qualities of nature assumed a particularly fatalistic connotation in Chambers’s life and work, when spectres of war and illness hung heavily over him.”

“Elder’s work would be occupied by the shattering discourse of the modern, overcoming the senses with a maximalist abundance of sensation and of information, all of it — visual, aural, intellectual — straining the bounds of the medium so as to break through to new forms of contemplation and understanding,” writes Stephen Broomer.

“Eva Kolcze is a filmmaker, visual artist, and educator whose work is intensely engaged with architecture, the body, and the land,” writes Jim Shedden. “The play of shadow and light, the qualities of different film stocks, and the dance of the film grain inform Kolcze’s visual poetry in films like Modern Island (2012), Badlands (2013), and Dust Cycles (2017). Another important obsession of Kolcze’s is the pliability of the film material itself at the level of the emulsion. In her 2014 film, All That Is Solid, Kolcze subjected footage of Brutalist buildings to degradation and decaying processes, in order to “warp, morph, dissolve and re-form” the images, according to Kolcze. The title is a reference to Marshall Berman’s book All That Is Solid Melts into Air (itself a reference to a line in The Communist Manifesto), which Kolcze takes as inspiration to reveal the fluid and dynamic nature of concrete. Concrete may not be so concrete, in other words.”

In her filmmaking, Wieland departed entirely from storytelling, using the camera to reveal an elastic and intimate vision of her home,” writes Stephen Broomer. “One of her films, Water Sark, (1965) might be considered a flow of spontaneous observations, but it is also a constructed performance. In her synopsis, Wieland wrote, “I decided to make a film at my kitchen table, there is nothing like knowing my table.”

“Vermette’s first film came out of scrap materials found at the Winnipeg Film Group: Tricks are for Kiddo (2012) pairs film strips that have been violently torn and reassembled so that the images overlap or are buttressed against one another,” writes Stephen Broomer. “Home movie scenes of birthday celebrations, commercial documentaries, and chorus line dancers are put together, soon giving way to solid pastel colours, of transparent acetate, overlapping to show their harsh, torn edges; on the soundtrack, the steady clicking of a JK optical printer.”

“Throughout her career, Su Rynard has moved seamlessly between film and video, documentary and narrative, shorts and features, moving image installations and music videos. Rynard brings an experimental film sensibility to bear on works like As Soon as Weather Will Permit (2014),” writes Jim Shedden.

Jack Chambers. The Hart of London, 1970. Images from Moments of Perception: Experimental Film in Canada, published by Goose Lane Editions, 2021.

Jack Chambers, The Hart of London

Eva Kolcze. All That Is Solid, 2014. Images from Moments of Perception: Experimental Film in Canada, published by Goose Lane Editions, 2021.

Eva Kolcze, All That Is Solid

Rhayne Vermette, Tricks are for Kiddo, 2010 - 02. Images from Moments of Perception: Experimental Film in Canada, published by Goose Lane Editions, 2021

Rhayne Vermette, Tricks are for Kiddo

Want to learn more and get into the world of experimental film? Locally, Toronto has many resources and institutions that can help you on your journey. “The Canadian Filmmakers Distribution Centre is a great distributor of Canadian experimental films,” says Shedden. “The Liaison of Independent Filmmakers Toronto, also known as L.I.F.T., offers useful equipment, training and tools for experimental filmmakers. Pleasure Dome, PIX and ad hoc are screening co-ops and collectives exclusively dedicated to this sort of work.” You can also catch regular screenings of experimental work at the TIFF/Bell Lightbox year-round.

Click here to grab a copy of Moments of Perception.