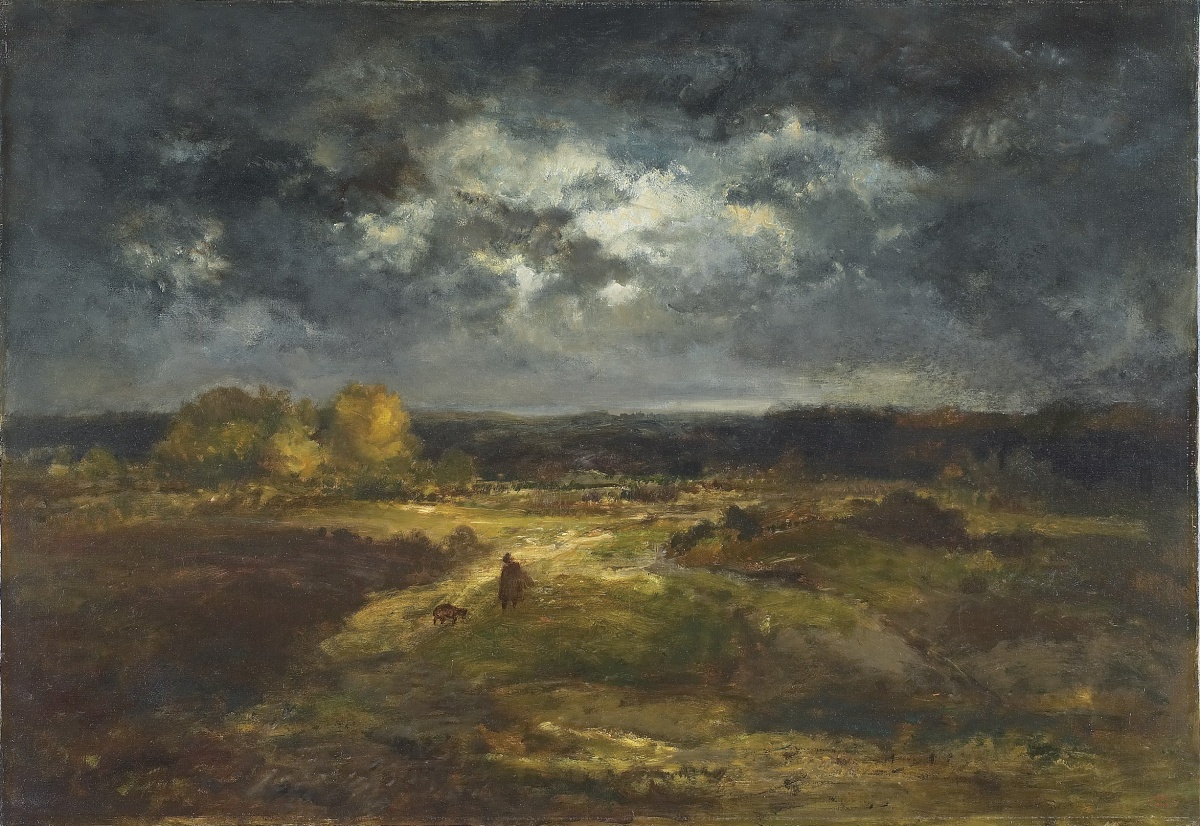 Under a sky tormented by stormy clouds, a solitary figure and a dog make their way through an expanse of landscape. We see them from a distance, humbled by their surroundings, weary, but not resigned. The sun is struggling to break through and seems to have succeeded in lighting the path before them. A closer look at the figure suggests that he is looking up toward the brightest passage of sky, where Diaz’s luminous yellow and white brushstrokes stand out against the swaths of dark grey. Is the storm coming or going? Is the man daunted or hopeful? Are we?

Diaz de la Peña was a leading figure in the Barbizon school, a group of French landscape painters who from the 1830s through the 1870s turned to nature, notably the forests of Fontainebleau outside of Paris, France, for inspiration, refuge and hope, as urbanization rapidly encroached. Diaz led a tragic life, including the loss of both parents as a child and the amputation of his left leg at thirteen following an infection. At fifteen, he apprenticed at a porcelain factory where he quickly tired of painting pretty pictures on luxury ceramics. As he developed as an artist, he explored mythological and genre scenes, but in his later years tended toward the sombre realism we witness in L’Orage.

This is one in a series of mature works that features the potentially threatening force of nature. Throughout these dark compositions, Diaz de la Peña includes glimpses of hope as the clouds break and the light beckons us to the trees glimmering in the distance. While we look closely at this painting, the sunlit path stands as a consoling reminder that the storm will pass.