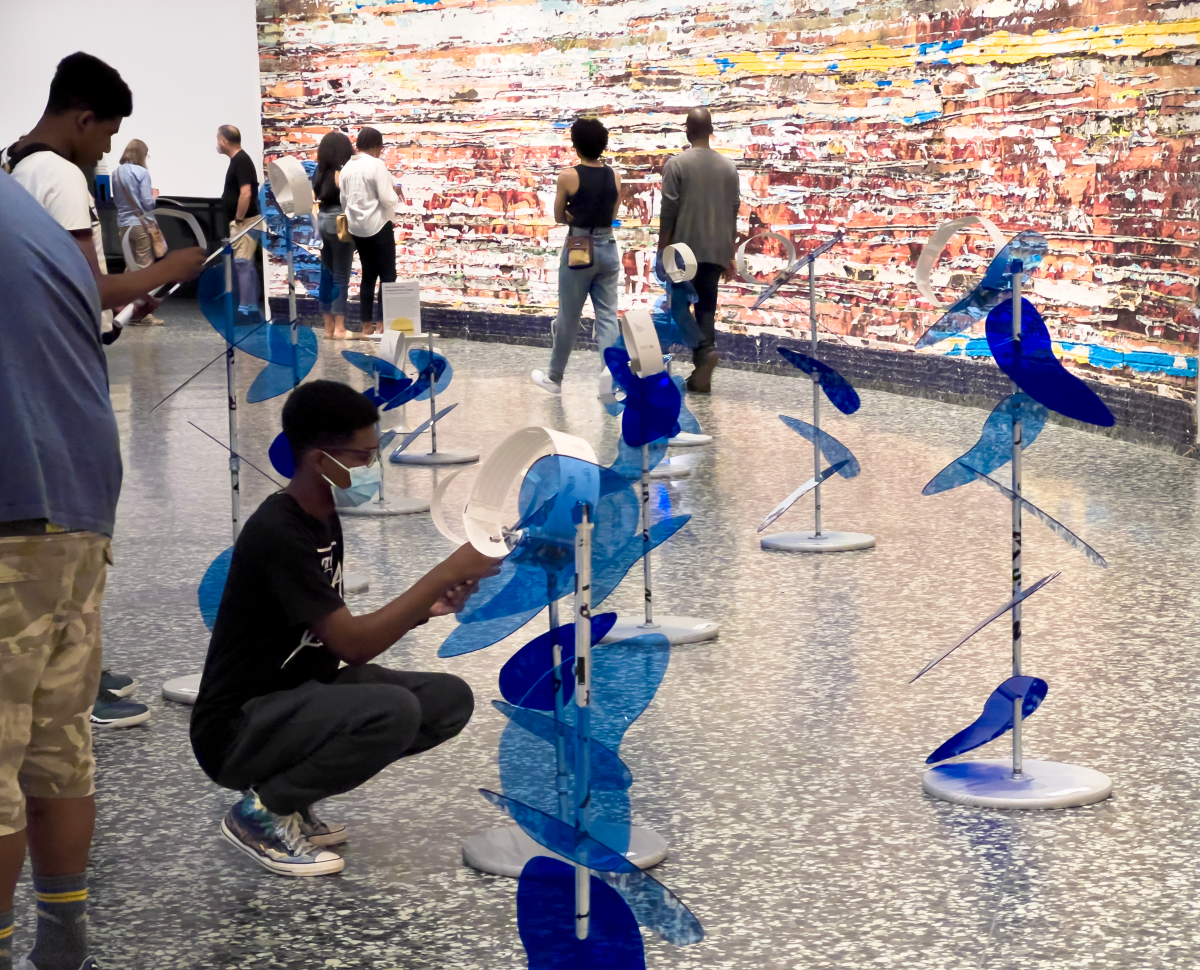 Toronto-based artist and AGO X RBC Artist-in-Residence Ivetta Sunyoung Kang explore visual sonography, linguistics and music in her installation When the Others Lick Underneath Your Tongue, recently on display at Sound Scene 2022 in Washington, D.C. from June 3 to 5. Hosted by DC Listening Lounge, the Smithsonian Hirshhorn Museum and Sculpture Garden, over 9,000 visitors immersed in an imaginary realm where aphasic tongue sculptures become musical instruments that create sounds, filling the museum space with music. The sculptural bodies were made to represent the physical action of the artist’s stuttering and the scores played from the music boxes by participants are reimagined takes on “allegedly wrong” utterances of historically colonial languages by non-native speakers. Eliminating barriers that exist between non-native and native speakers, the work suggests that “unsuccessful” utterances, too, can be another form of language.

To learn more, we reached out to Ivetta before Sound Scene 2022 to dive into her inspirations, artistic process and experience behind creating When The Others Lick Underneath Your Tongue.

AGOinsider: You began producing this over two years ago; what sparked the initial idea to create it? How did the idea evolve?

Ivetta: Naturally, initial ideas came to me along the journey of self-reflection as an immigrant, a speaker of a marginalized language, and a person undergoing severe anxiety in social gatherings. These aspects that accumulated some parts of my life have affected why I opted for particular research topics and how I have carried them out in my art practice. I had nearly eight years of intermittent stuttering and feeling anxious on my tongue when formulating words and sentences in English. The tingling anxiety was so contagious, even upsetting my neck and jaw muscles, the back of my head, and other nerves on body parts that would've been used to make body language and gestures for better delivery of my speech.

In 2019, I went through massive layers of self-reflection and self-examination; there, I found melancholy and anger towards my lack of English-speaking "availability." And I wanted to give solace to the inner part of me. Apart from the fact that I have always been interested in languages and linguistics, the desire to bring the language solace to myself became a root for further research in aphasia and language dysfluency. Understanding my symptoms and the state of my language identity within the psychoanalytic studies was in light of finding therapeutic moments (not therapy) for my "tongue." This research has become associated with the idea of no-binary (language) identities and in-depth lenses at the historically polarized power dynamic between languages.

Along the way of the production, there have been many books and journals to which I owed a lot. The creative tides made of the thoughts and learnings have let the project evolve along the way. Not Like a Native Speaker by Rey Cho was a ground for the entire project. Blert by Jordan Scott has been a heart-warming companion to which I kept finding myself revisiting. In those revisits, I'd discover tedious yet meticulous ways in which fragmented languages mutate into a new flow of languages due to stuttering. It is where I read Poetics of Relation by Édouard Glissant and deeply digested inter-language or multilanguage creolization delineated in the book.

AGOinsider: This project has many parts to it as an interactive installation. What were some of the biggest challenges you had when creating this work?

Ivetta: To be honest, every step was challenging because I had never created an interactive installation work in the past. From a single part to the holistic compositions of this work, every small and big production stage was absolutely new to me. Working on many physical components and materials alone in my studio had never occurred in my practice before this project either. I had to let myself sail through a series of new learning and making despite the challenging learning curves and modifications in the design, measurements, and structures of the piece. I subconsciously wanted to see how the sailing filled with new challenges would land me and my practice in more than where and when.

I find it particularly challenging that the interactive component of this project has to be generated by the audience's tactile participation and physical engagement. Because there were many uncertainties underlying, such as "What if people break them on-site when interacting with the work?" or "What if some of the sculptural music box bodies aren't reachable for taller or shorter people since all bodies have different heights?" I had to be more considerate of various circumstances that audiences might individually have. The spontaneity of the audience's various physical navigations shall always be different, depending on groups of people and the circumstances of exhibition venues. In this sense, I don't think the challenging part has completely been worked out or finished. But it shall also mean that the work will continue to evolve to be more changeable and adaptable. 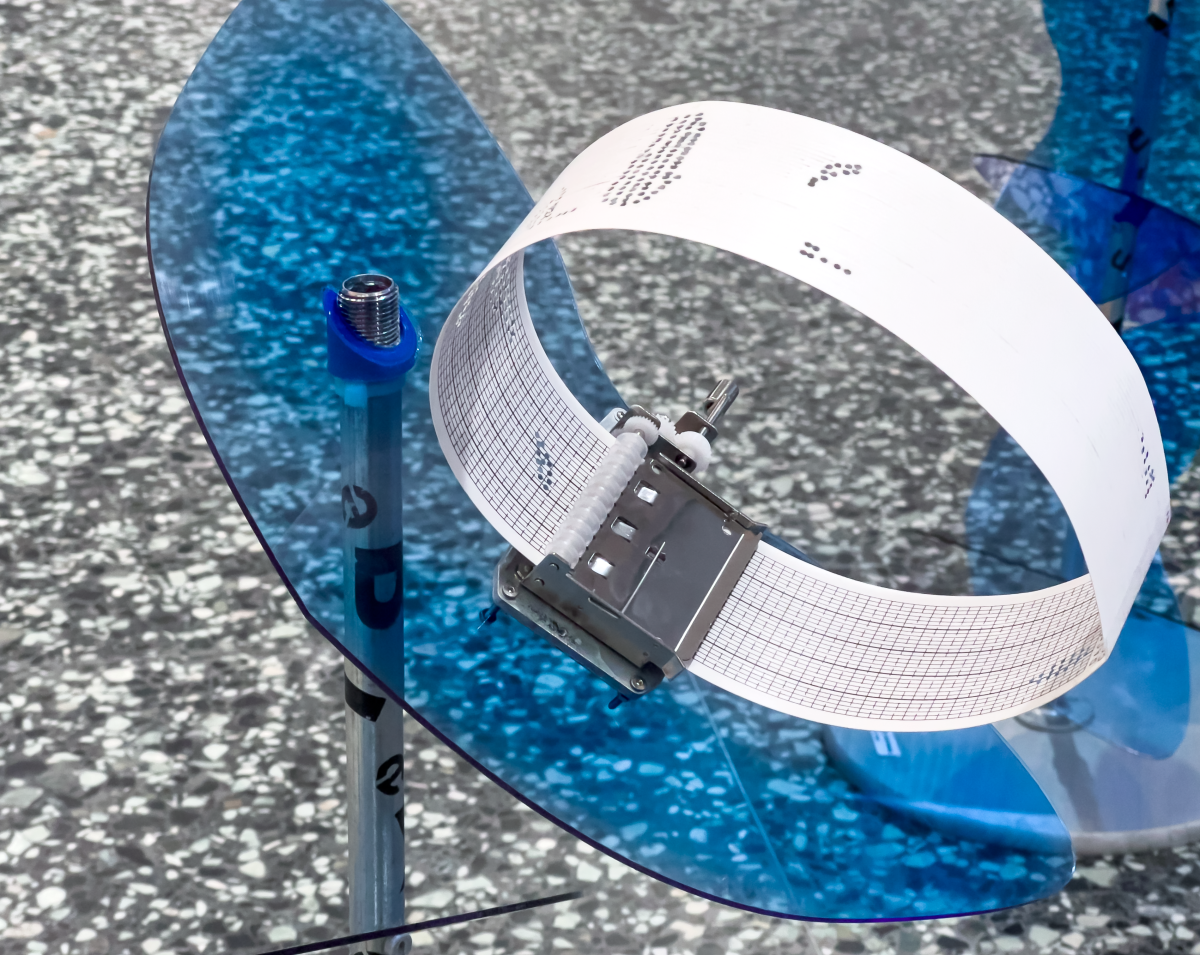 AGOinsider: Has the installation of this new work informed your new project, Proposition 3: String Figure, currently underway at the AGO?

Ivetta: Whereas When the Others Lick Underneath Your Tongue takes a deeper lens at aphasia and language dysfluency in relation to life as a speaker of a marginalized language, Proposition 3: String Figure engenders collectively shared emotions and thoughts on agoraphobia and social anxiety. Aphasia and agoraphobia often affect one another as strongly entangled with varied anxiety symptoms. Anxiety here can be a broad term, including sub-branched mental struggles. Throughout the linearity of my practice since 2019, including the two projects, I have been looking at different angles of anxiety and how anxiety is differently caused and manifested for individuals. Moreover, both projects endeavour different navigations and shapes of participation and collectivity.

AGOinsider: How would you describe the relationship between sound and language? Did any of your research on linguistics surprise you?

Ivetta: I’d look at the phonemes of a word and perhaps try to distinguish each phoneme by enunciating it slowly. This may bring an epiphany in an invisible apparatus of how words stick together as a whole sentence; how prepositions (I’m very interested in prepositions as well.) function as bridges yet still generate various meanings to the sentence. Of course, there are standardized practices of intonation, stress, rhythm and pronunciation in every language. And, I think there is more free room to play these normative utterances in music. Poetry, therefore, might be a prime example of the intersection where music and language come together.

I mainly researched on distinctions between the English speech system and the Korean speech system to understand why certain pronunciations are so difficult for all (I mean literally all) Koreans. I learned that the number of English vowels is more than that of Korean. In Korean, you’d say [e] and [I] in pretty much the same way. But that isn’t the case for English vowels. It was fascinating to think that consonants are discernible to one’s eye and tongue because of their distinctive pronunciations, whereas vowels are more subtle (sometimes considered not as important).

AGOinsider: What’s the biggest takeaway you want visitors to leave with?

Ivetta: I want them to have fun playing the music box in collectively generated compositions with other audiences playing the other music boxes. I also want them to have time to be fully immersed in the scenery of language-less underwater. Personally, I am curious to see how visitors become activators of the work and if they would eventually feel connected to other audiences through the collective yet individual participating activity.

When The Others Lick Underneath Your Tongue was made possible with support from the Korean Cultural Center in Washington D.C., the Embassy of the Republic of Korea, the Canada Council for the Arts and the Ontario Arts Council, an agency of the Government of Ontario, and DC Listening Lounge, Smithsonian Hirshhorn Museum and Sculpture Garden.

Click here and here for more information on the annual Sound Scene festival. To learn more about When The Others Lick Underneath Your Tongue, visit https://ivettakang.com/When-The-Others-Lick-Underneath-Your-Tongue.

On July 19 at 8:30 pm, check out Ivetta’s upcoming performative presentation at the AGO on her artist-in-residence project String Figure. For details and to register, visit https://ago.ca/events/ago-x-rbc-artist-residence-conversation-ivetta-sunyoung-kang.