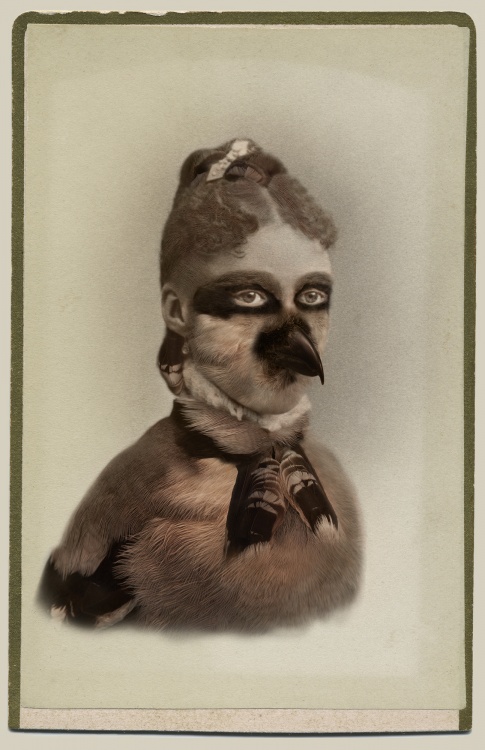 Sara Angelucci is a Toronto-based visual artist who works primarily with photography, video and audio, exploring vernacular archival materials such as home movies, snapshots and vintage portraits and their limited ability to convey the exact sense of a lived experience. Working with these images Angelucci seeks to reposition them in the present, shedding light on their broader context and histories outside of the frame.

During her residency, Sara Angelucci continued her research into endangered and extinct North American bird species, exploring works from the Canadian collection particularly those with Canadian nature, aviary and forestry subjects.

Two works from Angelucci's Aviary series were installed in the Canadian permanent collection galleries from November to February 2014. These portraits, created from vintage cartes-de-visite and photographs of taxidermy birds, commemorate the extinction of the Passenger Pigeon. Once the most populous bird in North America, the Passenger Pigeon became extinct in 1914 due to over-hunting and habitat destruction. 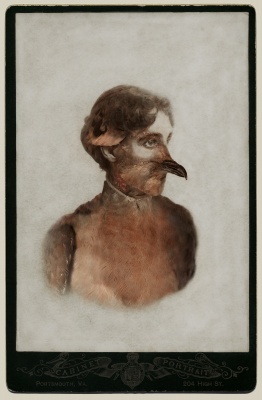 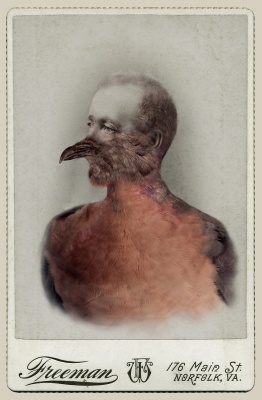 For the AGO's January Meet the Artist talk, Angelucci spoke with artists Spring Hurlbut and Marla Hlady about their work, points of convergence and departure.

About
Sara Angelucci completed her BA at the University of Guelph and her MFA at the Nova Scotia College of Art and Design. She has exhibited her photography across Canada including exhibitions at the Art Gallery of York University, Le Mois de la Photo in Montreal, Vu in Quebec City, the TPW, the MacLaren Art Centre, the Art Gallery of Hamilton, the Richmond Art Gallery, and the St. Mary's University Art Gallery in Halifax. Her work has been included in group shows in the US, Europe, and at the Pingyao Biennale in China. She has participated in artist residencies at NSCAD (Halifax), the Banff Centre, and at Biz-Art in Shanghai.