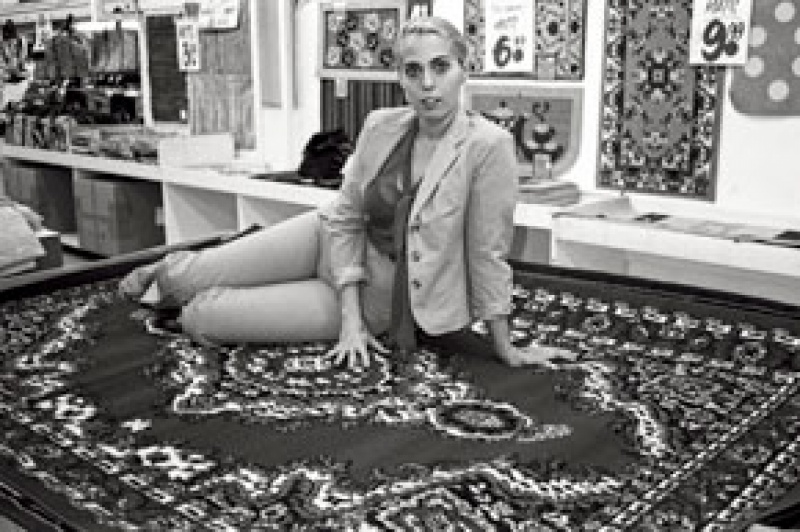 On April 3, the AGO offers a sneak preview of the blockbuster new exhibition Francis Bacon and Henry Moore: Terror and Beauty with a special opening celebration at First Thursdays. See the exhibition before it opens to the public, and don’t miss unforgettable performances by two of Toronto’s most exciting musicians, U.S. Girls and Petra Glynt, both combining unique visuals and pulsating rhythms in Walker Court, plus sets by DJs Kiki Leaks and Brendan Canning.

An interactive installation by Toronto-based new media artist Phillipe Blanchard will offer visitors the opportunity to create unique GIFs featuring visitors wearing masks of their own creating, inside an immersive, colourful, strobe-lit environment. Local artist Cameron Lee brings you Who Is Responsible?, giving tours of the Henry Moore Sculpture Centre.

Of course, it wouldn’t be First Thursdays without interactive art making activities – this month inspired by Bacon and Moore – our Out of the Vaults exhibition, and great DJs, drinks and food.

“For every melodic nugget, there's a hallucinatory loop, a cloudy drone, or what sounds like the remnants of an exploded pop song-- half of a chorus, shards of a hook-- echoing in the distance. In lesser hands, alternating experiments and tunes could come off forced or gratuitous, but Remy connects them in a way that sounds natural and almost effortless… A triumph…”
—Pitchfork on U.S. Girls on Kraak

U.S. Girls is the creative force of a lone American woman, Meghan Remy. Since 2007 she has pursued her minimalist aesthetic in music and visual art alike with a militant, by-any-means-necessary attitude. With an eye for collage regardless of medium, her music has touched upon genres as diverse as experimental four track recording, torch songs, Springsteen covers, and an arty Hip-Pop sensibility as defined on her most recent EP - Free Advice Column, a collaboration with fellow Torontonian Onakabazien. 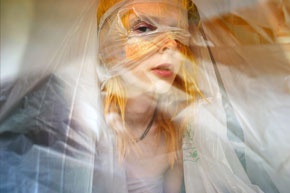 Petra Glynt is the solo project of Alexandra Mackenzie (Pachamama, Dentata, Wet Nurse, Romo Roto, + Machetes). The music gathers together aspects of her background as a drummer and trained vocalist, employing heavy percussion, vocal looping, and sample-based sound collage: composed with a range of instruments from synths to kazoos, and from bells to gongs. In likeness with her visual art practice, Alexandra finds freedom and comfort in the infinite world of composition as synesthetic representations of colour, form, and rhythm with lyrics that speak to what is an increasingly conflicted society and the cost of our dependence on a consumer and capital-driven system on our planet and its people.

See DJ Kiki Leaks in Walker Court before the bands and DJ Brendan Canning in Galleria Italia all night long.

study for a crouching figure /  étude pour silhouette accroupie was created in 1994 for dancer Benoît Lachambre and premiered in Toronto part of DanceWorks. Consequently the work was performed in Paris, Dijon, Vienna, Utrecht, Antwerp, Ottawa and Regina.  This solo was inspired by the paintings of Francis Bacon, more specifically by The Black Triptychs  portraying Bacon's lover George Dyer as well as Three Studies for figures at the base of a Crucifixion which constitutes the principal image for this AGO exhibition.

Marie-Josée Chartier discovered the work of Bacon in 1990 from a small image in the Sunday New York Times. From that moment, she was completely seduced by his work and went on to choreograph three major works, study for a crouching figure / étude pour silhouette accroupie (1994),  étude pour deux mammifères / mammalian study ( 2001) a duet commissioned and performed by Kaeja d'Dance in Toronto and Montreal,  and Screaming Popes ( 2004) for three dancers and one musician, a co-production with fabrik Potsdam, premiering in Germany and with a national tour in Canada in 2007.

Phillipe Blanchard: RGB Masks features an immersive environment lit by red, green, and blue strobe lights. Visitors will be invited to create masks and don them inside a photo booth to create a unique GIF that will be projected at the event. Inspired by 1920s Dada masked balls, Bauhaus theatre, and the works of Sonia Delaunay and Oskar Schlemmer, Blanchard’s work dazzles and delights.

In Cameron Lee's Who Is Responsible? the local artist performs as a Francis Bacon-inspired animateur giving a one-time-only tour of the Henry Moore Sculpture Centre.

Jennifer Marman & Daniel Borins: piETa was originally shown at Toronto’s Nuit Blanche in 2007. piETa puts a twist on the familiar trope in art history of mother and child by using ET and Yoda to create a contemporary deity. The placement of these modern-day idols in a classical biblical pose, alongside religious symbols from multiple faiths, raises questions about belief systems and the rise of popular culture. Meet the artists in person and hear about the inspiration behind the work.

Make mini sculptures and portraits, inspired by the works of Henry Moore and Francis Bacon, in Galleria Italia.