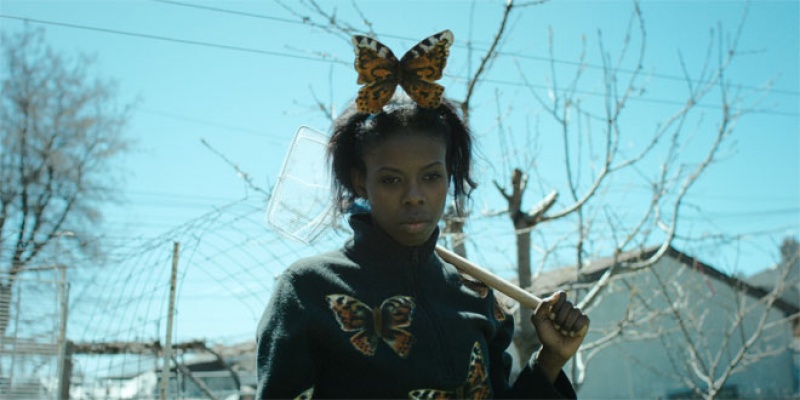 Directed by Joële Walinga
Written by Madeline Lee Harker and Adelaide Schwartz
2016, 11 min.
Director and writers will be in attendance for Q&A following both screenings

Cave Small Cave Big is the first in a series of short films written by children. In this story, by 5-year-olds Madeline Harker and Adelaide Schwartz, we follow a Butterfly Girl's journey through inspiration and loss, and veer away to follow the lost object itself. The film jumps from character to character as they cope with the transience of ownership.

Madeline Harker is seven years old, and she is in grade two, and she has two dogs, one cat, and someday she wants to get another dog that is a pug, or she wants to get a chameleon. Maddie's favourite thing to do is draw, play, and do exciting things with her family, and go to the other side of the world to visit her family, and go on adventures. Her favourite movie is Star Trek, her favourite singer is Bob Marley and the Beatles and David Bowie. And when she grows up she wants to be a gymnastics teacher, a singer, a movie star, and a marine biologist, but doesn't know what that means. And she loves Calico critters, and her greatest accomplishment is going rock climbing alone on the climbing thing.

Adelaide Schwartz is six years old and her hair is red. She likes crafts and to watch TV, particularly Skylanders. Her favourite colour is pink and her favourite singer is Mazelena Goma and her top movie is Splash. She wants to be an art teacher when she grows up, and is proud of facing her fears at her birthday party. Adelaide does not like a kid in her class named E--an—or bullies. She says, "It was a pleasure to make this show."

Joële Walinga is a Toronto-based artist whose work shuffles the roles of art-maker and art-viewer, using collaboration and curation to explore the visual world of the public. Her goal is to precipitate inclusive dialogues in contemporary art-making and receivership.