CFMDC Presents: Geographies of Self and City 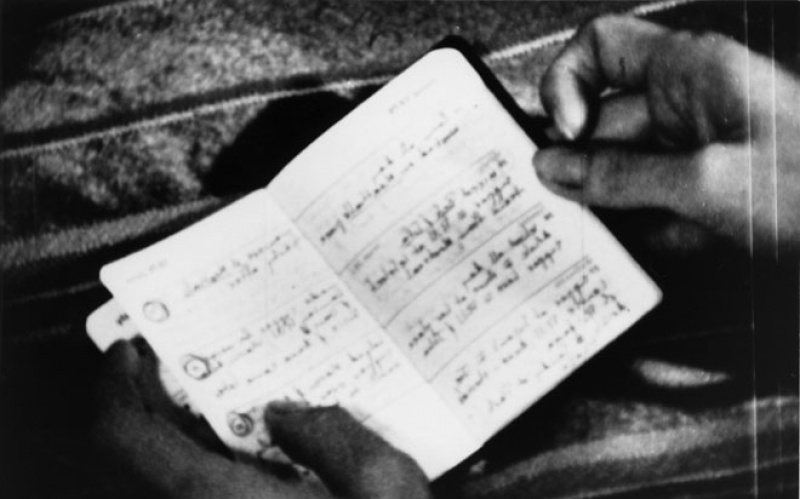 CFMDC Presents: Geographies of Self and City

Speakbody
Kay Armatage, 1980, 8 min. 16mm, colour, sound
Using techniques from documentary, the avant-garde, and narrative films, a great deal of information about abortion is compressed into a short time. The film combines the interwoven multi-layered voices of women recounting their experiences with minimal images from one woman’s memory. Short but powerful.

From Nevis To
Christene Browne , 1987, 7 min., digital,  b&w, sound
From Nevis To is a seven-minute docu-drama that deals with Juliet Jones, a new arrival to Canada. From her arrival to the airport to her ride to the hotel room, many thoughts about her past, present and her future surround her. She tells of what her life was like in her home country, Nevis in the West Indies, what she had heard about her new country, and the family and lifestyle that she leaves behind. We hear her thoughts in voiceover and we see her coming up against and interacting with her new environment, which bears little resemblance to her real home.

All Flesh Is Grass
Susan Oxtoby, 1988, 15 min., digital (original format 16mm) colour, sound
“All Flesh Is Grass revolves around the exploration of the ruin of a 19th century shopping arcade in Buffalo NY, combined with footage of spaces, friends, children and characters in Toronto and in New York City. Shot on super 8 and blown up to 16mm Oxtoby allows the rhythm of her editing and the texture of the grain dance with her own camera movements, layering gesture upon gesture while her generous eye finds tenderness and beauty among the ruins, guiding us out of the gloom and into the light of day.” –Early Monthly Segments, Toronto, 2014

The Bird That Chirped on Bathurst
Midi Onodera, 1981, 3:40 min., 16mm, b&w, sound
The intermittently heard voice-over talks about a woman's self-awareness - being unable to know if she has really changed or not. The images are esoteric and hard to interpret: young women in black in various urban settings, something moving rhythmically. A personal,  yet intriguing,  film.

Mine's Bedlam
Carl Brown, 1980, 8 min., super 8, b&w, sound
Life is like a gigantic phonograph record fifty feet across. Or like one of those whirling discs at the old amusement park. You get on the disc and it's spinning and the faster it goes, the more centrifugal force builds up to throw you off it. The speed on the outer edge of the disc is so great you have to hold on for dear life just to stay on. The closer you get to the center of the disc, the slower the speed is and the easier it is to stand up. In fact, at the very center, there is a point that is completely motionless.

In life, most people don’t get on the disc at all. They shouldn’t get on. They don’t have the nerve. They just sit in the stands and watch. Some people like to get on the outer edge and hang on and ride like hell. Others are standing up and falling down, staggering, lurching toward the center. And a few, a very few, reach the middle, that perfect motionless point, and stand up in the dead center of the rearing whirligig as if nothing could be clearer. A Super 8 film. (CB)

Now, Yours
Mike Hoolboom, 1982, 10 min., 16mm, colour, sound
“Once he has focused our concentration on the screen ahead, Hoolboom's disembodied voice questions who has access to the privilege of a filmic voice and, once granted, the extent to which this authority is unquestioned by both the filmmaker and the viewing audience. Now, Yours investigates this power of control through footage from 1950’s tourism and customer appreciation films/advertisements.” - Pleasure Dome, Toronto

Robert Kennedy and Cal Woodruff
Stop Darlington, 1987, 4 min., 16mm, colour, sound
Through the use of found footage of a TV image, the practical and moral imperatives of the title are momentarily suspended in a problematic of representation. In affirming the density of the material objecthood at the basis of its ‘message,’ the film foregrounds the question: What are some of the difficulties encountered in the appropriation of media - particularly those of the mainstream - by and for the pedagogical interest of the Left?

Waterworx (A Clear Day and No Memories)
Rick Hancox, 1982, 16mm, 5:32 min., 16mm, colour, sound
The waterworks in the Beaches area of Toronto is the source of an eidetic-like image from early childhood. It was always an enigma to me, and after returning years later to shoot this film, I was still not satisfied it was merely a filtration plant. Its architecture functioned more significantly as some kind of temporal metaphor. Wallace Stevens’ ironic and equally enigmatic poem, “A Clear Day And No Memories,” was sought out to address this phenomenon, and to appear as interruptive graphic for the same reason the editing is interruptive - that is, to both work with the alluring nature of the image, yet force an intellectual distancing.

Just as the supposedly clear air is used as the protagonist in Stevens’ poem, the precisionist clarity of imagery is foregrounded in the film. The structure reinforces human memory processing, and later, when the first half of the film is repeated (recalled), the Stevens’ text, generated by computer memory, runs across the screen in a style contradicting the mood of the picture and sound, which are now forced into the background. (RH)

Circa 1967 – Canadian Filmmakers Distribution Centre (CFMDC) is founded as Canada’s first artist run, not for profit film distribution centre and Canada marks its 100th anniversary as a colonized country. Throughout the ‘70s and ‘80s CFMDC’s catalogue expands substantially, with works by some of Canada’s most groundbreaking artists. Experiments with celluloid, pushing the boundaries of personal and political expressions through the lens of independent filmmaking, this era of growth is the foundation for a catalogue of 3600+ titles by more than 1000 members. In 2017 CFMDC celebrates 50 years of distribution excellence with this program of films from the 1980s.