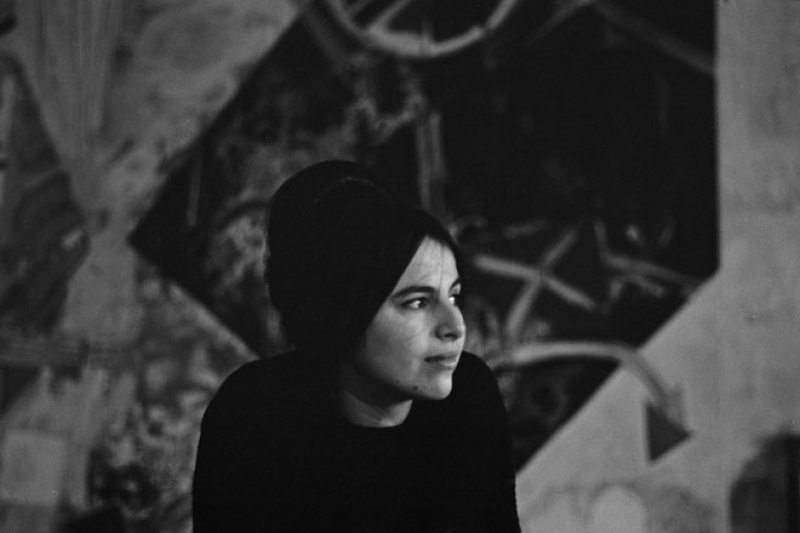 Eva Hesse (1936-1970) is one of America’s foremost postwar artists.  Her pioneering sculptures, using latex, fiberglass, and plastics, helped establish the post-minimalist movement. Dying of a brain tumor at age 34, she had a mere decade-long career that, despite its brevity, is dense with complex, intriguing works that defy easy categorization. Eva Hesse, the first feature-length appreciation of her life and work, makes superb use of the artist’s voluminous journals, her correspondence with close friend and mentor Sol LeWitt, and contemporary as well as archival interviews with fellow artists (among them, Richard Serra, Robert Mangold, Dan Graham) who recall her passionate, ambitious, tenacious personality. Art critic Arthur Danto has written that her work is: “full of life, of eros, even of comedy… Each piece vibrates with originality and mischief.” The documentary captures these qualities, but also the psychic struggles of an artist who, in the downtown New York art scene of the 1960s, was one of the few women to make work that was taken seriously in a field dominated by male pop artists and minimalists.
—Karen Cooper, Film Forum

“An indispensable aid to understanding and appreciating a fascinating artist.” — The New York Times