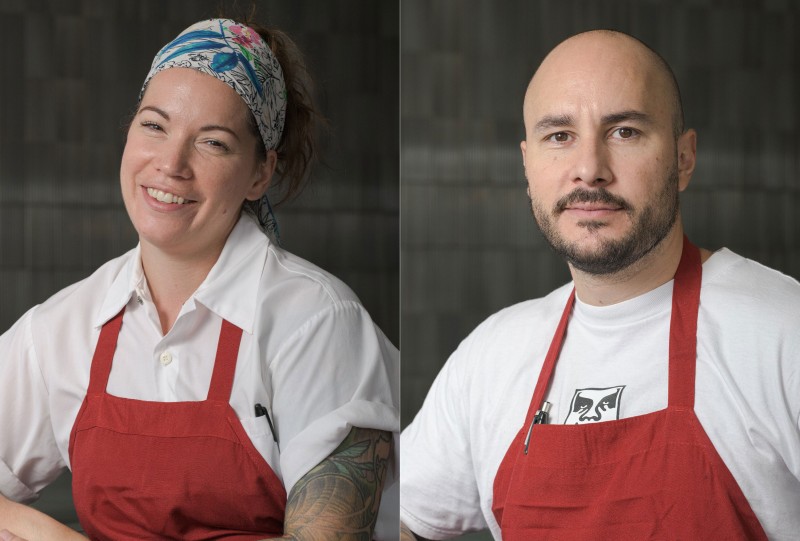 View the menu and Book Now

AGO Bistro, Art Gallery of Ontario

Inspired by Faith and Fortune: Art Across The Global Spanish Empire

Join us for the second dinner of the AGO’s Foodways Chef Dinner Series, highlighting the collaboration of our city’s greatest chefs and the intersection of culture and food.

Kate Chomyshyn and Julio Guajardo met in 2004 at Le Cordon Bleu Ottawa, where they both attended cooking school. After graduating they moved to Montreal and continued their classic french training cooking in many of Montreal’s best restaurants.

In 2010 Kate and Julio took a trip that changed their professional goals. Visiting Mexico city, and many parts of the State of Oaxaca it became clear to K&J that they needed to focus their career on learning about and sharing Mexican food culture with Canadians. It became their goal to properly represent Julio’s culture in Canada.

Using their classic french training and 18/22 years of culinary experience K&J turned their focus on the traditional and regional cooking of Mexico.

In 2011 K&J started a small paleta (Mexican popsicle) company named LA CaTRINA which quickly gained notoriety being written about in The Globe and Mail, En Route Magazine as well as several other publications. Before leaving to Toronto, K&J mainly ran their paleta business while consulting for restaurant groups, mostly focusing on Mexican concepts.

Kate and Julio have spent a decade researching, travelling and taking courses in Mexican cuisine to be able to learn and share about Julio’s food culture.

With their new brand, Balam, they hope to continue to share their knowledge of Mexican food through various business concepts.