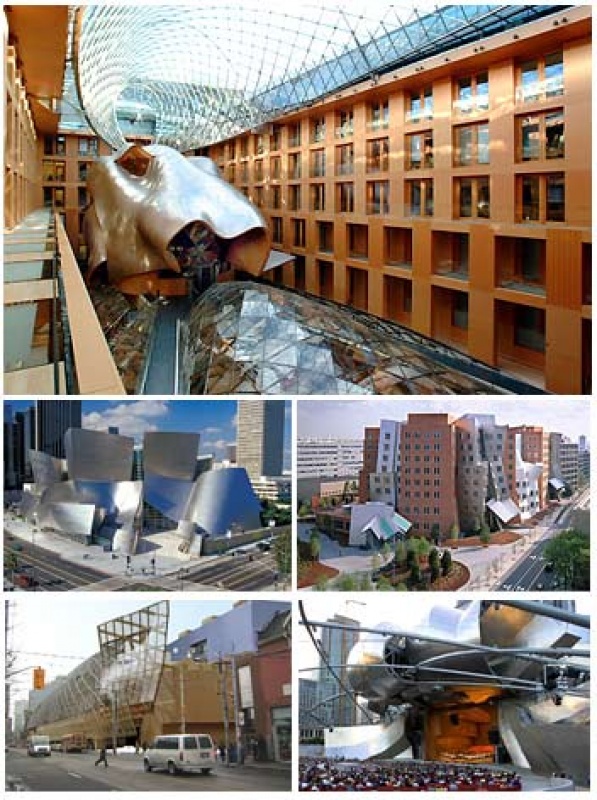 Join architect Frank Gehry with architectural critics Paul Goldberger and Lisa Rochon in a conversation about his life, work, and incredible 2008 transformation of the Art Gallery of Ontario.

The AGO is Toronto-born Frank Gehry’s first building in Canada and marks the very place where he made the initial connection between art and architecture. Hallmarks of his AGO design connect the city and the Gallery in provocative ways including dramatic sculptural staircases, the warmth of Douglas fir, and the extensive use of glass which infuses the galleries with natural light.

One of the most famous architects of our time, Frank Gehry has transformed contemporary architecture in his innovative use of materials, design, and form. He is among the very few architects in history to be both respected by critics as a creative, cutting-edge force and embraced by the general public as a popular figure.

Paul Goldberger, a contributing editor at Vanity Fair, spent fifteen years as the architecture critic for The New Yorker and began his career at The New York Times, where he was awarded the Pulitzer Prize for distinguished criticism for his writing on architecture. He is the author of many books, most recently Why Architecture Matters, Building Up and Tearing Down: Reflections on the Age of Architecture, and Up From Zero. He teaches at The New School and lectures widely around the country on architecture, design, historic preservation, and cities.

Lisa Rochon began writing for The Globe and Mail as a student in Paris, covering Les Grands Projets and interviewing I.M.Pei about his then-highly controversial Louvre Pyramid. Years later, as The Globe and Mail's architecture critic (2000 -2013) she wrote from her base in Toronto and from cities around the world, twice receiving the National Newspaper Awards and the Award for Architectural Journalism from the Royal Architectural Institute of Canada. Author of Up North, Where Canada's Architecture Meets the Land she has recently served as design jury chair for two international competitions and is a Senior Fellow at the University of Toronto's Global Cities Institute.