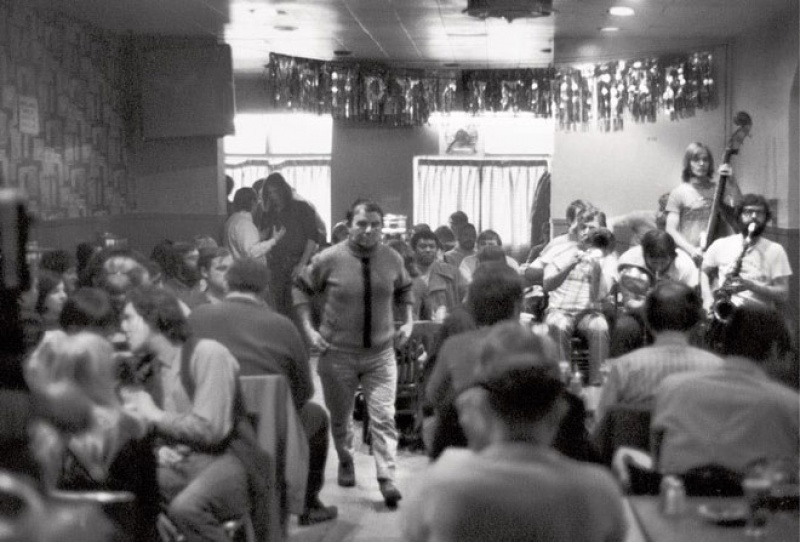 The Ballad of Crowfoot
Willie Dunn, 1968, 10 min., 16mm transferred to video, colour, sound
This short film examines the situation of Aboriginal people in North America through the figure of Crowfoot, the legendary 19th-century Blackfoot leader of the Plains. A rapid montage of archival photos, etchings and contemporary newspaper clippings is married to the words and music of an impassioned ballad written by Mi'kmaq singer and songwriter Willie Dunn.

Charley Squash Goes to Town
Duke Redbird, 1969, 4min, 16mm transferred to video, colour, sound
An animated film, based on an Indian comic-strip character created by Duke Redbird, telling the story of a young Indian who leaves the reserve to make his way in the city. Eventually he returns to the reserve and the ways of his people.

Cowboy and Indian
Don Owen, 1972, 44 min., 16mm transferred to video, colour, sound
This film goes no farther west than Toronto. The Indian is Robert Markle, from a family of Mohawk steel workers. The cowboy is his longtime art associate, Gordon Rayner. Both are Toronto artists and art teachers, sharing also an interest in jazz: Rayner plays the drums, Markle the electric piano. This film is a study of their lifestyle, their mutual interests and their friendship.

What Price An Island?
Mike MacDonald, 1985, 28 min., video, colour, sound
"What Price An Island? is about reclaiming territory: in this case, both figuratively and literally. The native land claim battle in British Columbia has Meares Island as its focal point. The tape begins with a circumnavigation of the island. This allows for the island itself to be made real for the audience and to seduce them with its rugged beauty. The implied distance between the viewer and the island reinforces its physical autonomy. It is clearly the 'object in question'. This image is later contrasted with that of native elders standing together, proud, like the trees McMillan-Bloedel threatens, at a rally where they speak eloquently and authentically about their claim to Meares."
-Karen Knights, VideoGuide (1988)

 Automated captioning is available for all online programs. Please provide three weeks advance notice for requests for Verbal Description, American Sign Language (ASL) interpretation and/or live captioning. The AGO will make every effort to provide accommodation for requests made with less than three weeks notice. Please contact us to make a request for these accommodations. Learn more about accessibility at the AGO.
Share