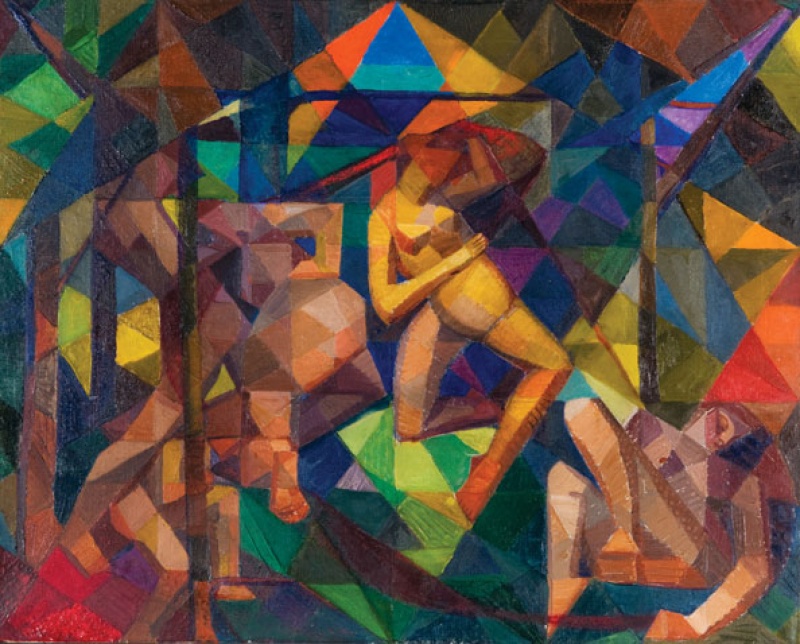 On Sunday, July 17, artist David Urban and AGO curator Georgiana Uhlyarik lead a tour of The Passion of Kathleen Munn exhibition.

David Urban is widely regarded as the leading Canadian painter of his generation. Born in Toronto, in 1966, he studied poetry and painting at York University, earning a bachelor of fine arts in 1989. Urban received a master's degree in English literature and creative writing from the University of Windsor in 1991 (where he studied with Alistair MacLeod) and a second master's degree in painting from the University of Guelph in 1993. His work is represented in many private and public collections, including the National Gallery of Canada. In 2002, Urban curated Painters 15, an exhibition of established Canadian painters that was presented at the Shanghai Museum of Art and the Museum of Contemporary Canadian Art, Toronto. His exhibition David Urban – Returner is on at the Corkin Gallery until August 11, 2011.

Georgiana Uhlyarik is assistant curator, Canadian art, at the AGO. Last year, she curated Betty Goodwin: Work Notes. Along with Gerald McMaster and Alicia Boutilier, she co-curated the installation of the Canadian collection for Transformation AGO, which opened in November 2008.

The Passion of Kathleen Munn is on view at the Art Gallery of Ontario until August 28, 2011.

A 177-page catalogue titled The Logic of Nature, The Romance of Space: Elements of Canadian Modernist Painting is available at shopAGO.