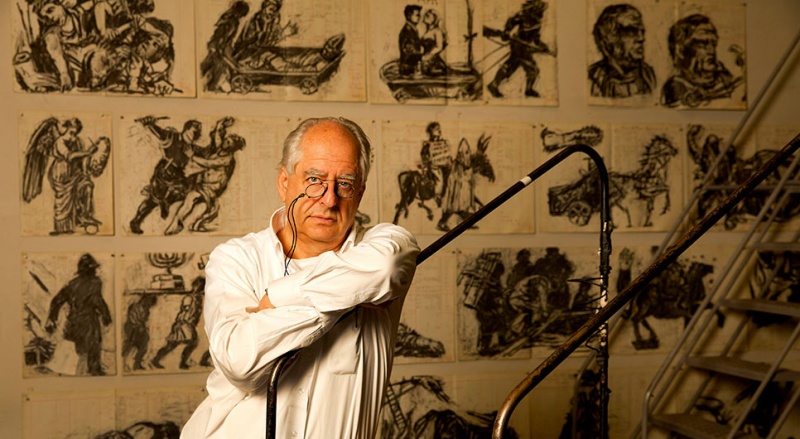 Triumphs and Laments documents one of William Kentridge’s most ambitious projects: a colossal 550 meter-long frieze along the banks of the Tiber river in Rome. Known as South Africa’s Picasso, William Kentridge (b.1955) is a remarkably versatile artist best known for his prints, drawings, and animated films. His work combines the political with the poetic, and the images featured in Triumphs and Laments range from the murder of Remus to Pasolini, from Bernini to Dolce Vita and the refugee crisis. The film, shot with exclusive access to Kentridge over the course of two years from his home in South Africa to the center of Rome, details the artist’s vision and his creative process in developing a work of art that will disappear in just a few years. Kentridge’s images were shaped on the river’s white travertine bank through a vaporizer. As soon as the organic growth and pollution darken the walls again the images will be gone, leaving this film as its only memory.